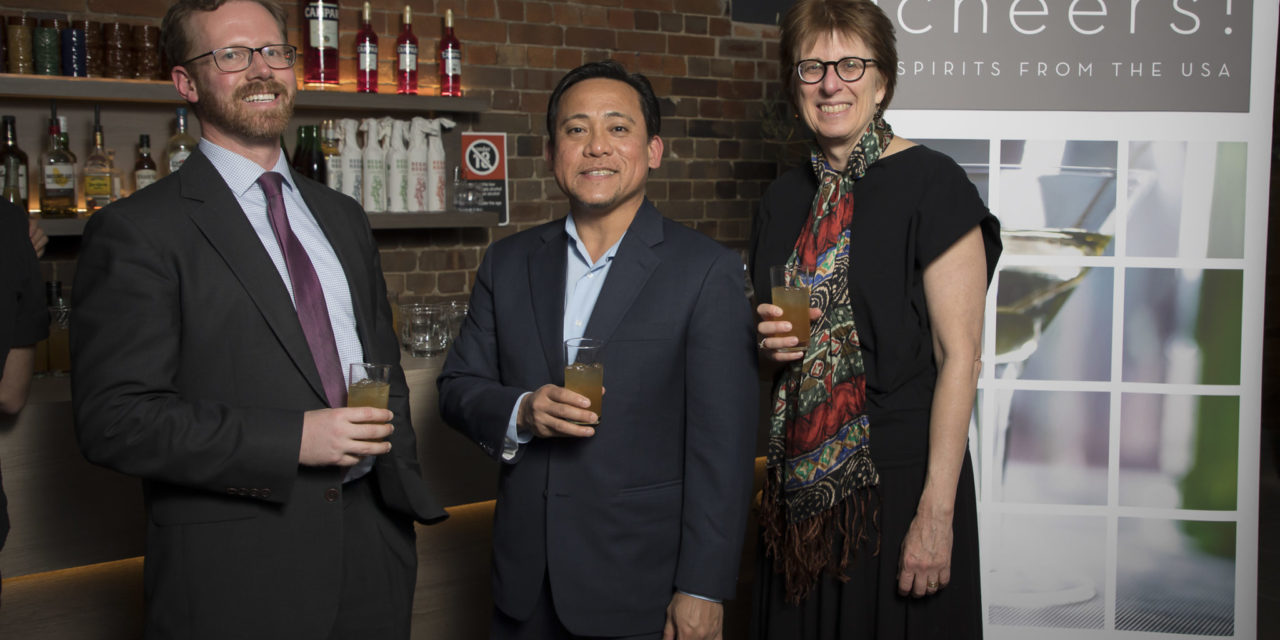 Friday 29 June, Sydney –The Distilled Spirits Council of the United States stepped foot on to Australian shores last week to promote American Whiskey in Sydney. With figures showing that American Whiskey is fast becoming Australia’s distilled spirit of choice and Australian consumers drinking on average 19 million glasses of American whiskey a month, The Distilled Spirits Council have since been collecting data down under.

Total retail sales of American Whiskey in Australia have reached the USD$1.34 billion mark, up 41% from 2005, and this figure is only projected to increase as Australian’s find themselves choosing American Whiskies and distilled spirits over your average quaffer or can of VB.

The United States trade delegation was warmly welcomed down under by the Acting Consul General of the U.S., Linda Daetwyler, along with Rey Santella, a representative from the U.S. Department of Agriculture and U.S Embassy in Australia, and a large media gathering. The Distilled Spirits Council worked with Sydney based communication company, DAYLIGHT Agency, to host the media event and manage the delegation visit.

The Distilled Spirits Council of the United States, America’s national trade association representing the leading producers of distilled spirits sold in the U.S., also brought a number of small American distilleries with them who are looking to break into the thriving Australian market. Corsair Artisan Distillery, the first craft distillery in Nashville since prohibition, House Spirits Distillery, the pioneer of America’s craft-distilling resurgence, and Red Eye Louie’s Vodquila, a special blend of ultra-premium vodka and imported super premium tequila, all participated in The Drinks Industry Trade Show to showcase the best of American Whiskey and distilled spirits.

The Distilled Spirits Council deciphered that the revival of aged brown spirits in Australia is in part due to premiumisation.  As the Australian drinking culture shifts from excessive consumption of alcohol to “quality over quantity”, the desire to drink less and purchase more expensive, exclusive and premium spirits has changed the way consumers treat alcohol.

“Premiumisation continues to drive whiskey sales in Australia with Bourbon, Tennessee Whiskey and American Rye Whiskey all enjoying a huge boom with imports up 34% from last year,” Robert Maron, Director of International Affairs at the Distilled Spirits Council, noted.

Australia has also witnessed a cocktail renaissance in recent years with mixologists looking to American Whiskies for inspiration. In particular, the resurgence of Rye Whiskey, a spirit long-associated with the Prohibition era, has seen American Rye Whiskey exports to Australia total USD$140,000 between July 2017 and March 2018.

With premiumisation on the rise and alcohol now being treated as a precious commodity Australia-wide, distilled spirits like American Whiskey are fast becoming consumers tipple of choice and the Distilled Spirits Council concur that it is a whiskey business down under indeed. 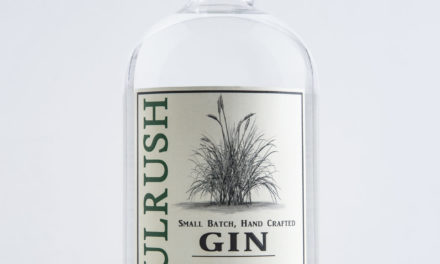 BULRUSH GIN WILL BE AVAILABLE FOR CONSUMER PURCHASE ONLINE THIS WEEK