China already ranks as one of the Top 10 wine producers in the world, as well as the No. 1 import destination for red wine, so it’s perhaps no surprise that China is finally getting its own bulk wine, bulk spirits, and private label show. The International Bulk Wine & Spirits Show, hosted by Beverage Trade Network, is yet another sign of the growing clout and influence of China within the wine industry. Previously, this was an event that was only hosted in London and San Francisco, but now this show is coming to Shanghai and Mainland China.

In many ways, the arrival of IBWSS China in 2019 is emblematic of the changing structure and dynamics of the global wine industry. Once thought of only as an import destination for expensive bottled wines, China is now much more than just a huge, untapped consumer market. It is also home to award-winning wine regions, up-and-coming wineries that have partnered with some of the most prestigious names within the French wine industry, and a sophisticated network of importers, distributors, and retailers.

As a result, many of the trends that have been observed in other, more developed wine markets – such as the rapid growth of the private label wine & spirits industry – are now making their way to China. That has opened the door for foreign players to participate in a myriad of different ways within the Chinese wine industry. Just as Australian bulk wine producers ship their wines via container ships to Britain, where they are then bottled and packaged, that same dynamic is starting to emerge in China, which already has a large number of retail chains offering their own private label products. In order to meet consumer demand for wine, China is now turning to bulk producers around the world.

What to expect at IBWSS China 2019

Given all of these emerging opportunities within China, the International Bulk Wine & Spirits Show is the perfect place for producers, manufacturers, distributors, brand owners, and retailers to meet in one central place. The IBWSS consists of both a vibrant trade show floor and a smaller two-day business conference, where participants can learn more about important trends in the marketplace while getting their specific questions answered by some of the top names in the industry.

The exhibition floor at IBWSS China is where much of the main action will take place. It’s where deals will get done, and where new relationships will be formed. Over a two-day period, exhibitors will have a chance to meet face-to-face with some of the most important names in the Chinese industry. An Australian wine producer, for example, might strike up a deal with a Chinese importer for delivery of Shiraz wine that can later be converted into a private label wine sold in China’s retail supermarkets. Whatever aspect of the bulk or private label market you are involved with, there will be an opportunity to learn, network and grow your business at IBWSS China 2019.

In addition, Beverage Trade Network is developing a business conference agenda for the event in China that will be of value to all participants in the global bulk wine and spirits industry. The event will feature an all-star lineup of top wine industry experts and insiders, who will share their insights and advice on how to succeed within the global bulk wine and spirits industry. You will learn how Chinese wine & spirits drinkers differ from those in other markets (especially those of North America and Western Europe), how the Chinese regulatory environment impacts the success of any bulk wine program, and different ways that bulk wine & spirits producers are ramping up their China strategies.

By attending this event in November 2019, participants will be able to create a China 2020 strategy and become a part of the next big trend in wine. As with previous IBWSS events in San Francisco and London, Beverage Trade Network is opening up early bird registration for exhibitors who want to be guaranteed a spot on the exhibition trade show floor in 2019.

The event is open for global bulk wine producers, negociants, importers, and distributors looking to enter the fast-growing Chinese wine market. By becoming an exhibitor at this first event of its kind in China, you will be able to meet directly with Chinese buyers looking to expand imports of foreign wine. At the same time, you will be able to explore the many new offerings from the Chinese wine market, including vineyards that specialize in Cabernet Sauvignon and Merlot for the global bulk wine market.

As a wine producer, China now ranks No. 7 in the world. There are now 450 wineries scattered across China, six major wine producing regions (Hebei, Ningxia, Shandong, Shanxi, Xinjiang, and Yunnan) in the nation, and fast-growing consumer demand for new wines. Already, China ranks as one of the most important new export markets for wine, with Chinese consumers showing a particular preference for red international wine varieties. In fact, China is now the largest red wine market in the world.

More information about IBWSS China can be found here: www.ibwsshowchina.com

Beverage Trade Network (BTN) hosts events, competitions, expos, tastings, and conferences for the alcohol beverage industry on a global basis. In addition to the London Wine Competition, for example, BTN also hosts the London Spirits Competition. In addition, BTN hosts the USA Trade Tasting event in New York, the International Bulk Wine & Spirits Show in San Francisco and London, and a number of other events in Asia, Europe, and North America. 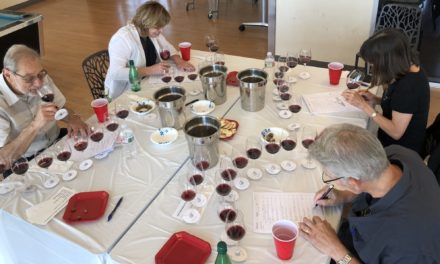