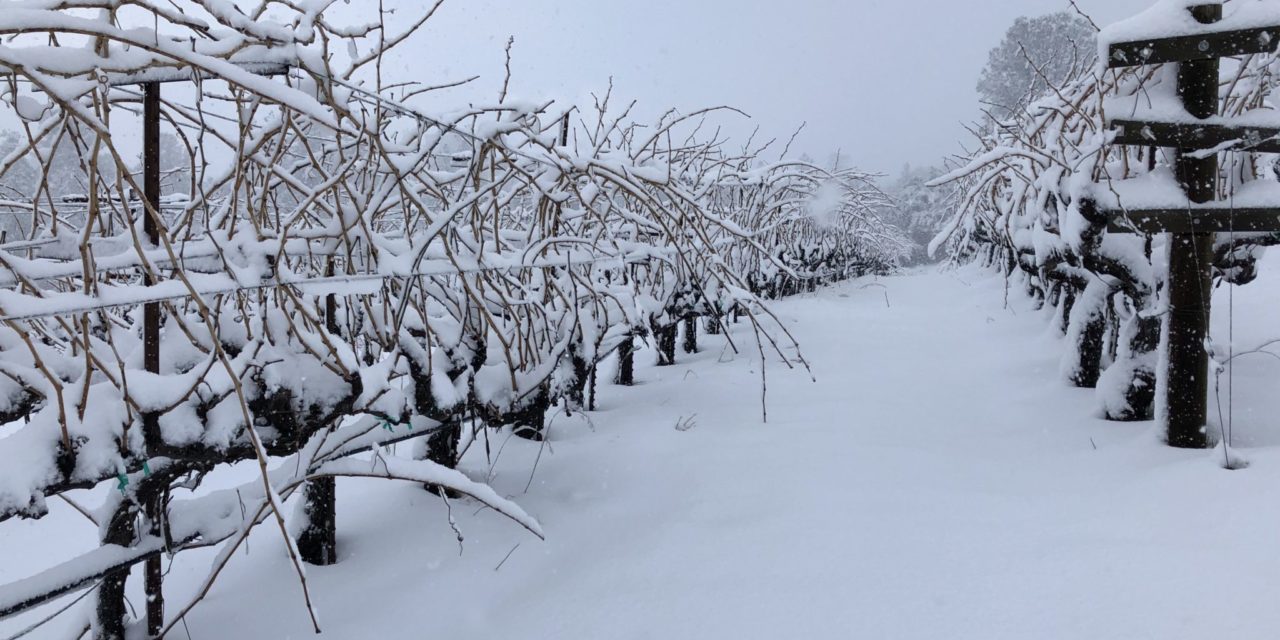 Placerville, CA (March 11, 2019)
El Dorado AVA, located in the Sierra Foothills about an hour from both Sacramento and Lake Tahoe, is recognized for wines produced at high-elevation vineyards in a cool climate. The AVA’s vineyards are planted at elevations ranging from 1,200 to more than 3,500 feet. The cold winter of 2019, and specifically the lower elevation snowpack (the mass of snow compressed and hardened by its own weight), is providing careful optimism to growers and vintners of the region’s lofty vineyards.

Will Farr, forecast operations specialist at Western Weather Group, a supplier of meteorological and environmental monitoring systems and weather forecasting services, says that atmospheric rivers initiating in the subtropics merged with storms coming from the Gulf of Alaska, resulting in colder fronts and a snowpack at lower elevations. If all goes well, the lower snowpack will be a boon for El Dorado vineyard irrigation. Snow level (the elevation above which snow falls and below which rain falls) in the region has averaged 3,500 feet in 2019. In contrast, snow level in the past four years has been 5,000 feet.

When the snowpack is at lower elevations, it covers more land and results in good runoff. (Two feet of snowpack equals about 3 to 4 inches of water.) Snowpack at higher elevations tends to gather on steep peaks and covers less land.

Jonathan Lachs, grower/winemaker and owner of Cedarville Vineyard in the Fair Play AVA, in the northern reaches of El Dorado wine region, says that best-case scenario is that the snowpack melts slowly so that water will be available, via his well, for his vines later in the growing season. Supplementing the snowpack, to date Fair Play has already exceeded 2018’s rainfall of 30 “and is currently at 35 inches. Lachs says, “This is good news! It will be nice to have field capacity or full saturation of the soil to kick off the growing season. This may be enough rain to supply many of our vines for the entire growing season.”

In the Apple Hill/Camino regions in the southern El Dorado AVA, businesses such as Boeger Vineyards, Lava Cap Winery, and Smokey Ridge Farm & Winery access water from their own storage ponds or from the El Dorado Irrigation District, which manages rivers, creeks, and reservoirs as a ready source for agriculture.

The cold weather and heavy rainfall of 2019 (February 2019 was the coldest February in a decade for Northern California, according to Farr) have created two possible scenarios: delayed bud break, as well as delayed access to vineyards in order to take care of late winter tasks, such as pruning. If this cold weather pattern continues past bud break, it will increase the risk of frost damage in higher elevation vineyards, resulting in a reduced crop size.

Elizabeth Standeven, grape grower and owner of Shaker Ridge Vineyard, is waiting to see if “there can be too much of a good thing for some vineyards.” She says, “If rainfall continues for a couple of weeks, crews could get behind on pruning, causing some growers to scramble to get ready for bud burst.”

In either scenario, the growers and winemakers of El Dorado wine region are used to extreme weather events. With a matrix of terrain, high elevations, cool climate, and a network of reservoirs, creeks, and rivers, they adapt to whatever Mother Nature sends their way.
#### 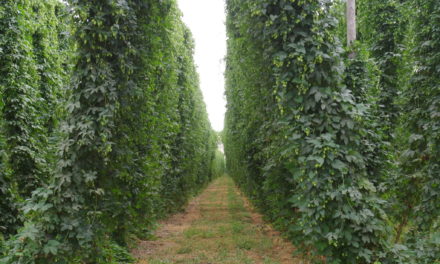 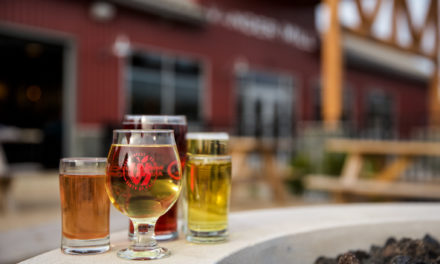 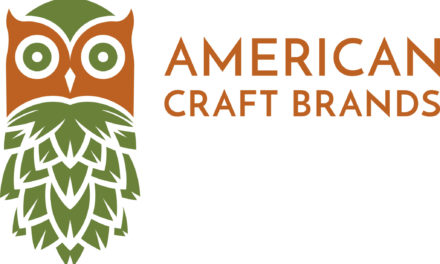 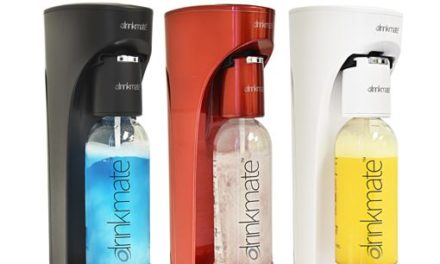