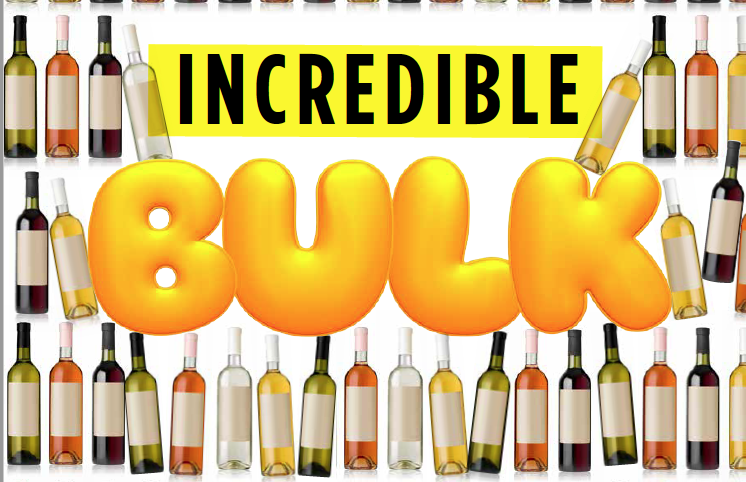 It’s estimated that roughly 25 percent of the world’s wine production is sold as bulk wine, a segment that’s described by one broker as the industry’s “soft underbelly” and exists for most consumers in the form of virtual brands. With the rise in popularity of bulk wine-derived, private label brands (brands developed for retailers, hotel chains, and restaurants, which sell them directly to consumers) and more producers entering the market in recent years, bulk wine has shed its low-rent image and become a hot commodity.

With a healthy 6 percent annual growth rate for the last six years—and no signs of lagging—capitalizing on the continuing growth that’s predicted for the global bulk market depends largely on where you sit in the value chain. Identifying opportunities means navigating between the supply side of producers, brokers, and contract suppliers, and the demand side that includes retailers and on-premise operators.

Staying one step ahead of expansions and contractions of the bulk wine market is key for short- and long-term planning. Increasingly, brokers and contract suppliers are securing long-term contracts with producers who make wine specifically destined for the bulk market. In doing so, they become the first line of defense for insulating buyers from margin-draining price fluctuations.

With significant back-to-back declines in yield for harvests in South America and the European Union (EU), global market dynamics point to higher prices for bulk wine and opportunity for growers from emerging regions.

As harvests in France and Italy fall to historic, all-time lows, and Spain (which has been the low-price leader for bulk Cabernet Sauvignon) not faring much better, overall wine production for the EU is expected to be 10 percent lower in 2017. The quality of surviving fruit, however, remains high—a compounding factor that ensures prices for open-market bulk wine will increase.

In 2016, the La Niña weather pattern brought rain and hail to South America, which saw 35 percent and 21 percent or more declines in yield, respectively, for Argentina and Chile. Until that time, Chile had been on par with Spain for thrifty Cabernet Sauvignon, a variety that’s in high demand.

At the opposite end of the spectrum, California, which commands the highest prices in the world for bulk Cabernet Sauvignon, suffered a wet spring that brought pressure from rot and a heat wave just prior to the 2017 harvest, resulting in losses too early to predict—but certain to reduce yield and quality, driving prices for bulk even higher. 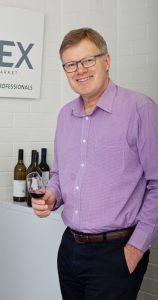 When the global supply of bulk wine tightens, who feels the pain and who stands to gain? The global bulk market is becoming more fluid as wine-producing countries such as Turkey, Romania, Poland, and the Ukraine are gaining access to bulk buyers, largely through contract suppliers and a London-based online trading exchange—Vinex—that emerged last year.

According to Vinex Managing Director Denys Hornabrook, previous attempts to create an online exchange, such as Winery Exchange (now WX Direct), were too early in relation to the industry’s development. Through Vinex, medium-sized, hybrid producers (those that sell branded wine and also want to sell bulk) have access to the global market and, in doing so, are increasing the supply of available bulk wine.

“The global bulk wine market has [previously] largely been confined to volume sellers and buyers,” says Hornabrook. “Vinex has shortened the lead time for mid-sized producers, who make good [bulk] wine but, until now, haven’t been able to bring it to market.” Hornabrook cautions that Vinex isn’t positioned to compete with existing brokers (many of whom are members and using the exchange) but rather intends to be a tool to help address latent demand.

With buyers from 47 countries, members listing bulk wine from 18 countries, and regional managers on the ground to facilitate transactions, it’s easy to see the exchange’s democratizing effect, particularly with regard to the point of origin, when international varieties trading below a certain price point can be as interchangeable as Lego bricks.

But the value-add of working with a traditional broker, such as Steve Dorfman at The Ciatti Company, can’t be underestimated: “In effect, we’re the extended sales force for the winery that pays our premium, so buyers don’t bear that cost.” Ciatti has traditionally operated with a measure of transparency that’s an exception in a marketplace where many producers prefer to remain anonymous. “It’s how you complete the sale that leads people to success,” he says, “and we can manage expectations around success.”

While Dorfman agrees the industry will eventually adopt virtual models, “Our biggest competitor is the direct sale.” He cites a recent direct sale scenario that had reached an impasse and, ultimately, landed on his desk for a speedy resolution. “Time is the currency, and most of our sales are transacted with a one-page memo covering eight points,” he says of his company’s client-centric approach.

With offices in Germany, Ciatti and other traditional brokers aren’t letting sources in emerging markets go untapped. “We cast a wide enough net into the supply stream to source for clients such as Terravant, a contract supplier that produces wine for several private labels,” says Dorfman. 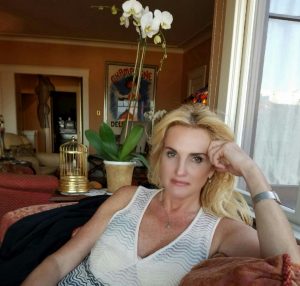 “Not trading in smaller lots is shortsighted.” —Karen Mancuso

While Dorfman professes to work with everyone, that’s not the case for most volume brokers. So who do you call when you need 300 gallons of California Sauvignon Blanc? A well-respected niche or regional brokers, like Karen Mancuso, who’s specialized in high-end lots for the last 30 years and has built a thriving business based largely on trust and rapport.

San Francisco-based Mancuso Wine Brokerage connects buyers and sellers from a bustling office in Fisherman’s Wharf and is circumspect about scale and transparency. “Not trading in smaller lots is shortsighted,” she says. “[One client of mine] recently sold 300 gallons of Sauvignon Blanc with the express interest of developing a bigger client [for its bulk wine].” Mancuso doesn’t sugarcoat the challenge of establishing private-label brands: “There are a thousand brands coming out of Napa alone,” she says. “Selling wine today is like MMA [mixed martial arts].”

The rise of private label

Although predicted by Silicon Valley Bank’s Rob McMillian to be on a downward trajectory since 2015, premiumization—the consumer shift to paying higher price points for wine—has meant a boon for companies that produce and sell private label brands. From Costco’s highly successful Kirkland Signatures brand, which is sourced from a global portfolio of wineries, to exclusive partnerships between well-respected wineries, premium-priced private labels account for the growth in the category. 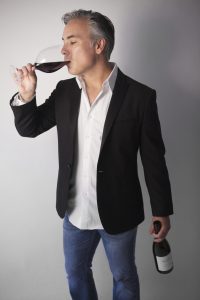 “Offshore producers take what they do very seriously and the quality is very good.” —Eric Guerra, Terravant

At Buellton, Calif.-based Terravant, Chief Marketing and Sales Officer Eric Guerra voices agreement with McMillian: “Off-premise private label is beginning to flatten out,” he says. “Buyers have tightened up their programs and are investing more time and energy on brands that are performing. In the long run, the success of these programs comes down to retailers’ willingness to market these brands.”

Guerra points to potential in the on-premise private label market, which is smaller but growing at a faster pace, and some of the bulk wine programs, which rely on direct winery relationships, as well as bulk brokerages to insulate his buyers from wild cost fluctuations in the bulk market. “We use bulk wine brokers sometimes, plus we’re sourcing a lot of international wines,” he says. “Some of the retail private label programs get more sophisticated with sourcing requirements. Many of the international bulk brokers and wineries take what they do very seriously and the quality is very good—with excellent pricing as well.”

O’Neill reiterates a maxim every retail buyer knows by heart: “There’s quality for value at every price point. The quality of wine, in general, has improved; quality wine that once cost consumers $20 per bottle is now available for $10.” 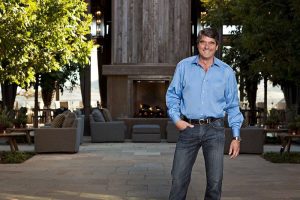 When asked about premiumization in the bulk sector, O’Neill sees the ceiling below $15. “Most bulk wine flows into brands that retail for less than $8 per bottle,” he says. “There simply isn’t the infrastructure for domestic bulk to exceed $15 at retail. It’s all being sourced from the same vineyards, most of which are located in the Central Valley, and they can’t produce the quality of fruit that’s necessary for a higher price point.”

For O’Neill, it’s all about location. “We’re seeking out the best places, finding the regions in California that produce exceptional Sauvignon Blanc for a $10 price point.” But when the supply of Cabernet Sauvignon and Pinot Noir is tight, there’s typically a shift to marginal vineyards—and quality moves with it. “Our team of 10 winemakers can blend for quality using fruit from California’s Lake and Monterey counties as well as Clarksburg [in the state’s Yolo County].”

As retailers of all shapes and sizes rush to bring bulk wine-derived private label brands to market, their motivation is plain: Retailers typically make about 8 percent margin on national brands (due to competition), but a successful private label-brand can garner a double-digit margin of anywhere from 27 to 40 percent. By creating their own brands or partnering on exclusive brands, retailers improve their margins without having to confront the single largest barrier to success with private label alcohol: distribution. (See “Distribution Reinvented.”) 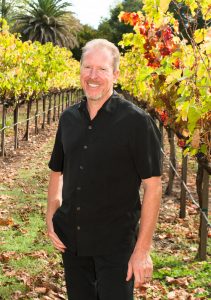 At Santa Rosa, Calif.-based AWDirect, founder and VP/General Manager Bruce Cunningham produces custom label brands that rely largely on long-term vineyard contacts from growing regions around the world and along the west coast of North America. But he goes a step further by adding distribution to the mix.

Through Wine Trees, a separate division of AWDirect, Cunningham imports and distributes a curated portfolio of boutique international brands from Italy, Portugal, Chile, Argentina, Australia, New Zealand, Germany, South Africa, and France; some of this product is imported as bulk and bottled by AWDirect in California. The company has also developed projects in Washington and Oregon, and has several California brands in its portfolio.

Cunningham’s model is unique. He’s shifted away from non-vintage generic bulk wine to sourcing from smaller estate wineries that can convey a sense of place. He points to increasing demand from many online wine club marketing clients: “We source the wine and handle logistics for them,” he explains. “We’re seeing a very healthy rate of growth—as much as 50 percent annually—for online wine marketers.” AWDirect also uses online retailers and microsites to offer clients direct-to-consumer sales.

With the advent of Vinex (whose entrance into the market could not have been better timed) and contract suppliers such as AWDirect offering distribution and e-commerce sales services to their private label clients, the way bulk wine—and bulk wine-sourced brands—is being transacted is clearly shifting. As these companies thrive, it’s likely those shifts will continue to spur growth in the category overall. (In addition to wine and spirits, hard cider is also seeing a bulk revolution.) 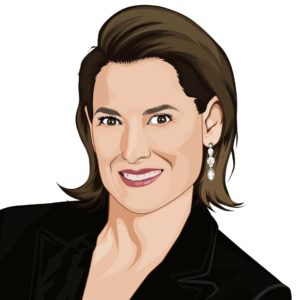 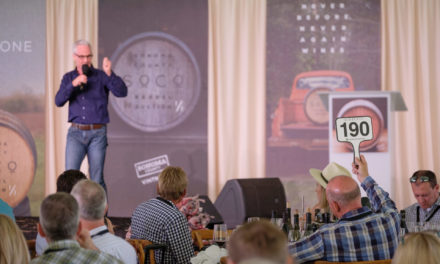 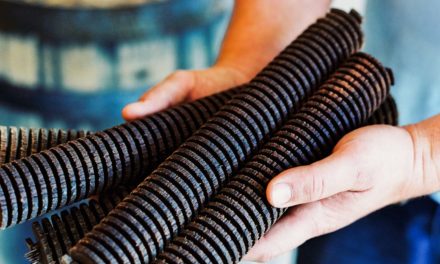 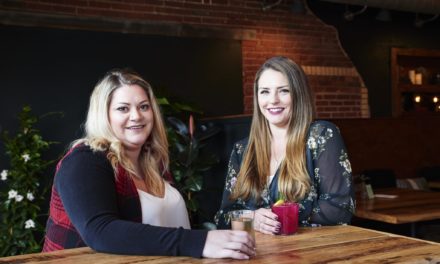 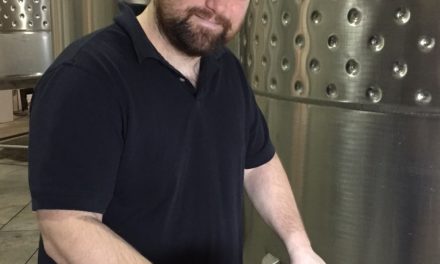