Calistoga, Calif. August 19, 2019 – Larkmead Vineyards, celebrating its 125th anniversary in 2020, announced today the planting of a Research Block in preparation for the next 125 years of Napa Valley viticulture. The Research Block will be located at the Larkmead estate in Calistoga and will host several different grape varieties, clones, and rootstocks for trial purposes as Napa Valley’s climate changes.

Founded in 1895, Larkmead has a long history of research and clonal trials. Dr. Harold Olmo of UC Davis, one of the most influential viticulturists of the 20th century, established a clonal station at the Larkmead estate in the 1940s, where he developed the widely-planted Cabernet Sauvignon clone FPS 02. Commonly known as the “Oakville selection,” this clone was fundamental in establishing Cabernet Sauvignon as California’s signature grape variety. However, with the reality of onset climate change, Larkmead is preparing for the future of viticulture by dedicating three acres of their 110-acre estate to plant grape varieties that could be better suited to increasing average temperatures.

“As stewards of this incredible estate, it is our responsibility to protect the land and preserve its ability to produce quality wines for future generations,” said proprietor Cam Baker. “Today we continue to grow some of the best Cabernet Sauvignon in Napa Valley, but we are also preparing for tomorrow by establishing a Research Block on the estate.” The Research Block is being spearheaded by lauded winemaker Dan Petroski and viticulturist Kelly Maher, and will be supervised by vineyard manager Nabor Camarena. The three-acre plot will be planted to multiple heritage varieties including Chenin Blanc, Petite Sirah and Zinfandel, alongside new world, Mediterranean varieties such as Aglianico, Tempranillo, and Touriga Nacional.

Winemaker Dan Petroski commented, “Climate change is very real and already affects vintners around the world. The fact is, Cabernet Sauvignon may no longer be well-suited to Napa Valley’s climate in twenty to thirty years. As one of the world’s top wine regions, we need to research and plan for inevitable warmer temperatures. Napa Valley will continue to lead the way in research and sustainability and we are carrying on the legacy of experimentation and trial here at Larkmead.”

With its long and rich history, Larkmead has played a fundamental role in the transformation of Napa Valley into one of the preeminent wine regions in the world. First established in 1895, Larkmead Vineyards has been in the hands of the same family since 1948. Current proprietors Cam Baker and Kate Solari Baker have worked in recent years to fine-tune Larkmead’s viticultural and cellar techniques to most accurately express the vineyard’s voice. Winemaker Dan Petroski captures the nuance and complexity of the 110-acre site by vinifying small lots according to clonal selection and soil type. Petroski was named the San Francisco Chronicle’s Winemaker of the Year in 2017.

The Research Block is Larkmead’s next step in the estate’s commitment to sustainable agriculture and biodiversity. “In order to determine the best path forward for the future and for our unique climate and terroir, we need to continue to experiment,” said Viticulturist Kelly Maher. We’re planning on testing different varieties, rootstocks, cover crops, and more. The goal is to have more biodiversity and climate resilient vineyards while continuing to produce better and better wines.”

Beyond the Research Block, Larkmead will continue to lead the conversation surrounding climate change and its effects on the global wine industry through a series of events at the estate. Hosted by winemaker Dan Petroski, these “Salons at Larkmead” are discussion-based forums for fellow winemakers, industry leaders, and journalists shaping the narrative on climate change and wine.

About Larkmead – https://www.larkmead.com/
The historic Larkmead estate is one of the oldest family-owned establishments in Napa Valley. Originally founded in 1895, Larkmead is now under the stewardship of proprietors Cam Baker and Kate Solari Baker. Kate’s parents, Larry and Polly Solari, purchased Larkmead in 1948. Kate spent her childhood in the valley, exploring a bygone Napa dominated by prune and walnut orchards, hayfields, cattle ranches, and acres of empty fields. Her parents were aware of Larkmead’s storied past, and sought to honor its legacy, a philosophy they passed down to Kate and her husband. The Bakers have been the dynamic force behind Larkmead’s transformation from a historic vineyard into a world-renowned wine estate. During the first 10 years of their ownership, they directed a complete replanting of the property, tailoring the selection of varieties, clones, and rootstock to suit the special characteristics of each individual block. In 2005, they built the first phase of a state-of-the-art winery on the property so that each vineyard block could have its own dedicated vinification tank. Designed by architect Howard Backen, an old family friend, the farmhouse and production facility are both classic and comfortable, providing a place for peaceful reflection away from a busy and demanding world. These days, Cam and Kate’s children and grandchildren are often found at the estate, continuing the family tradition at Larkmead into its fourth generation. 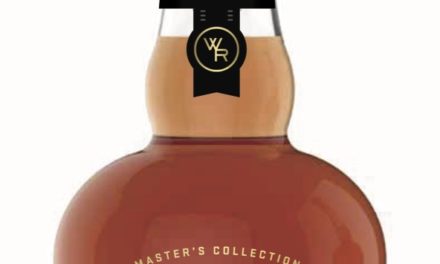 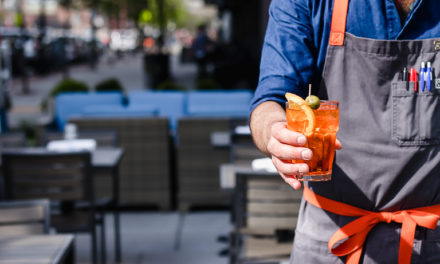 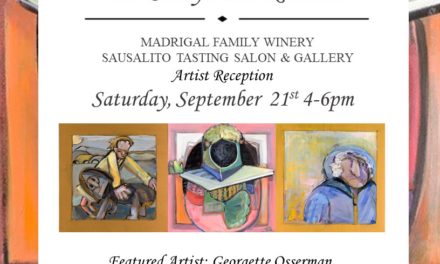