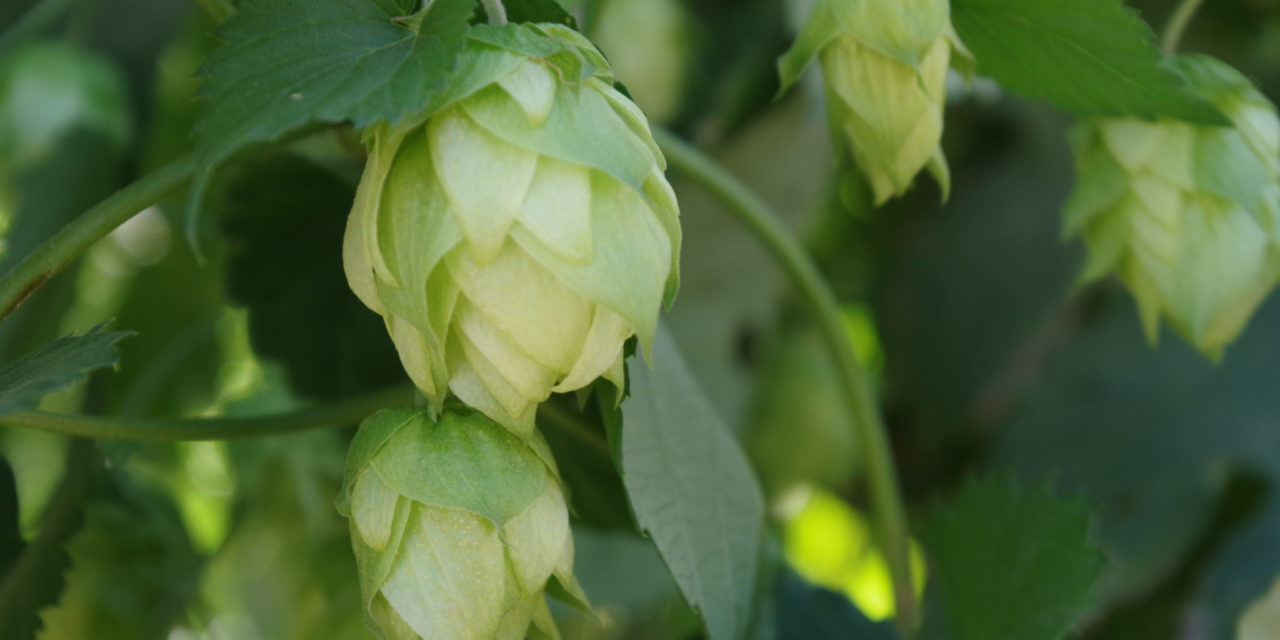 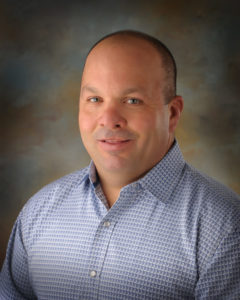 “In the mid- to late-’90s, there were only about four people controlling 90 percent of the hop purchases in the world, and [all growers] were in the same channel.” —Fred Geschwill, hop farmer

Fred Geschwill is a third-generation hop grower in Oregon’s Willamette Valley. His farm isn’t huge by commercial standards—he and his brother grow about 260 acres of hops, along with broccoli, beans, corn, and other crops on their 1,200-acre spread—but his knowledge of and experience with the industry runs deep.

Geschwill’s grandfather and namesake came over from Germany in 1924 and started the family farm in the early 1940s. Willamette Valley, with its rich soil, temperate climate, and abundant rainfall, resembled his homeland and provided ideal conditions for growing Humulus lupulus (aka the hop plant, whose flowers, known as hops, are widely used by brewers as flavor agents).

For the better part of a decade, commercial hop farms in Willamette Valley, Washington’s Yakima Valley, Idaho’s Treasure Valley, and other hop-growing regions throughout the Pacific Northwest have grown in size and sophistication. But the way the industry has operated as a marketplace has remained pretty much the same—until recently.

Traditionally, the world’s largest commercial brewers have contracted with merchants for the hops that they need—primarily bittering hops, of which there are only two or three major varieties grown in the United States (accounting for roughly 80 percent of domestic acreage)—and growers then plant those varieties in the specified quantities. The hop is a perennial plant that typically take two growing seasons to reach its full yield, a characteristic that must be considered when planting or re-planting new acreage.

“It’s been the same old story up until now,” says Geschwill, who’s also the current president of the Hop Research Council, a nonprofit agency that funds and directs research to benefit the U.S. hop industry. “It had gotten to where, in the mid- to late-’90s, there were only about four people controlling 90 percent of the hop purchases in the world, and [all growers] were in the same channel.” 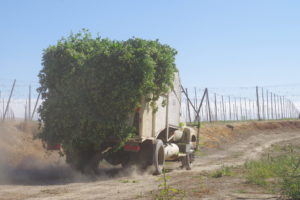 Most farms have harvesting facilities onsite, so this truck doesn’t have far to go before picking these cones for optimal freshness. [Photo courtesy Hop Growers of America]

The constricted nature of the industry meant that any changes in pricing structure, whether caused by a surplus or scarcity of one or more varieties, directly impacted every grower, merchant, and brewer in the system.

“If you were to go out and find a chart of hop prices, you’d see extreme swings in about 30-year cycles, from all-time highs to all-time lows. You could almost set your watch by them,” Geschwill says. “The last one—an all-time high—hit right about when this craft [beer] boom started, and it held for a long time. It’s softening now, but we don’t foresee it softening as severely as it has in the past.”

The meteoric growth of craft beer in America has been an X-factor in many ways. Not only has it disrupted traditional distribution channels and consumer perceptions of American beer, it’s also impacted supply chains and the production of raw ingredients up and down the line. But it’s taken a while to get there, and the impacts are only now starting to become widespread.

Today, there are more than 5,300 breweries operating in the United States, but the majority of them are so small they barely register on a national scale. Collectively, however—and led by the likes of Sierra Nevada, New Belgium, Boston Beer Co., and other larger craft brewers—the craft sector has gained the critical mass to have real sway in the industry.

The impact of craft beer on the hop industry is widespread. Where, in the past, hops were used primarily for their bittering properties, craft brewers are also interested in the unique aromas and flavors that certain high-alpha acid varieties impart. As a result, aroma hops such as Cascade, Centennial, Citra, and others have grown hugely in both demand and in planted acreage. 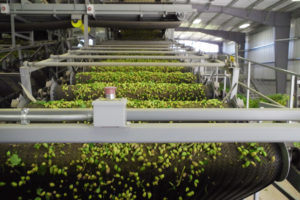 Geschwill estimates there are currently close to 100 aroma hops varieties grown in the states, and roughly 40 of those are planted in substantial amounts (at least 300 acres or so). According to the Hop Growers of America’s National Hop Report released in December 2017, domestic hop production was up 20 percent compared to the prior year, and the leading strains across the board were all aroma varieties. The total production value for the 2017 U.S. hop crop totaled a record high $618 million, up 24 percent from the previous record of $498 million in 2016.

Not only are there strong financial incentives for growers to plant in-demand aroma varieties, the multitude of available strains provides more options for a diverse crop that can then be sold into a diversified marketplace, either directly to brewers, on the spot market, or through a broker.

However, as much as the growth around aroma hops and craft beer has helped to open up the market, it’s also complicated the equation. Where, in the past, most of the hop varieties grown were in the public domain—meaning anyone could grow them without paying a royalty—the majority of new aroma varieties are proprietary, and developing new strains has become an arms race of sorts. (Click here for information about growing hops outside the Pacific Northwest.) 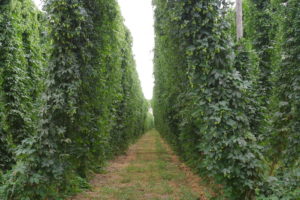 Bringing a new hop variety to market is a long, slow, and expensive process with no guaranteed results. It takes at least a decade (often longer) to breed, qualify, and commercialize a new hop variety that has both the agronomic aspects a farmer is looking for and that meets the needs and tastes of brewers. And then you have to market the new hop, convince brewers it’s somehow better than what’s currently available, and grow the demand so that enough acreage can be planted to satisfy the market.

The U.S. Department of Agriculture has operated a public breeding program at Corvalis, Ore., for years and employs a geneticist who works part-time on hop breeding. The last full-time public breeder, who was stationed at Washington State University’s Irrigated Agriculture Research and Extension Center in Prosser, Wash., left the industry about three years ago and hasn’t been replaced. 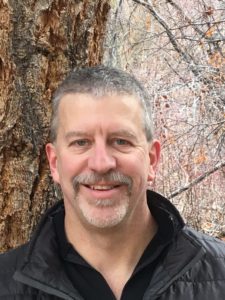 “One of the concerns breweries, dealers, and growers have is the potential for the licensed varieties to create clubs of ‘haves’ and ‘have nots.’” —Chris Swersey, Brewers Association

“I’ve monitored, at Hop Growers Association meetings, significant heartburn from growers who either are or are not in the club to grow variety ‘X,’” says Chris Swersey, supply chain specialist with the Brewers Association, a nonprofit organization that represents and advocates for craft brewers. “That’s an area of profound concern for a lot of growers, and likewise with dealers, as a lot of the licensed varieties are owned by either individual dealer companies or by brand owners who are closely tied to the dealers.

“Likewise, of most importance to [the Brewers Association], not all of our members can access licensed varieties,” he says. “It’s getting better on some varieties whose acreages have exploded, so it’s much easier for our members to access—but that wasn’t the case even a couple of years ago.”

Through its membership in the Hop Research Council, the Brewers Association announced last fall that it’s entered into a trust agreement with the USDA to seed a revitalized public hop-breeding program to develop and release disease-resistant aroma hop cultivars into the public domain.

“We think the hop market is most diverse when it has a healthy mixture of both public and private varieties,” Swersey says. “We don’t see it as competitive. We see it as a lot to be gained by everybody. Our thinking is that, when you consider the long-term stewardship of the industry, we need varieties that have improved disease-resistance characteristics and that are better than the existing varieties. To get there, we need a sustainable source of germplasm that confers disease resistance, which any private or public program can access.”

From farm to glass

Just as the Brewers Association is playing a more active role in new hop development and the industry as a whole, craft brewers are also becoming more hands-on with quality assurance and selection. Geschwill, the third-generation Oregon grower, doesn’t have to look far to see this shift in action.

“Historically, we communicated with brewers through a contract and maybe the one rep who you talked to during the sale. For the most part, we were kept at arm’s length and never really met the brewers,” he says. “But every year for the past six or seven years, we’ve had brewers come to the farm. They come out and see what we’re doing and they learn about the challenges we have. In return, we get to meet the people who may want to use our hops and learn how they plan to use them. It’s become a two-way street.”

Some craft brewers have formed consortiums, such as the Hop Quality Group, a nonprofit organization of member brewers that seeks to communicate and ensure quality standards among the various growers, processing facilities, and brokers with whom they interact. 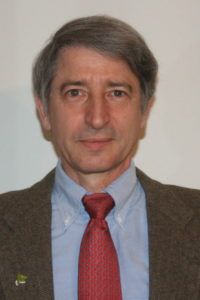 “There really are a lot of benefits to going through the dealer system.” —Val Peacock, Hop Quality Group

“Their problem was that 50 or so individual craft brewers don’t really have much of a voice in the hop industry when compared to big industrial brewers,” says Val Peacock, a longtime industry veteran and consultant for the Hop Quality Group. “To an international brewer, hops are a commodity: ‘I buy from 100 farms, and I don’t worry too much about who they are as long as they do everything according to the law and don’t cause me any problems,’” Peacock says.

Craft brewers, on the other hand, often appreciate an individual connection to the farmers and to the land where their hops are grown. Because of the amounts and the ways in which they use hops, they also have higher sanitation and quality standards than an industrial brewer might have. Peacock cautions against the temptation for brewers to overly rely on any one source for such a vital ingredient.

“If something happens to Farmer Jones’ crop and he’s the only contract you have, then you’re not going to get the hops you need,” he says. “There really are a lot of benefits to going through the dealer system. Everybody likes to beat up on them because they take a piece of the action, but they’re providing a service—an assurance, if you will—to the brewer.”

“Strikingly, the larger brewers have started to meet with us, as well,” Geschwill says. “Everyone seems to be learning together.”

And, the thinking goes, the increased communication and combined efforts should only serve to strengthen and help stabilize the industry for all involved. 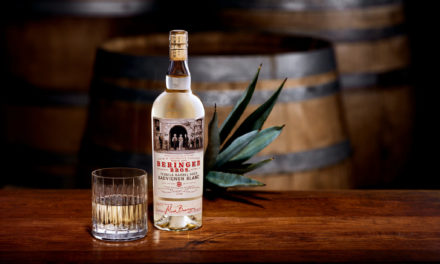 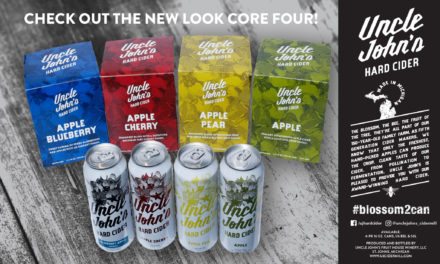 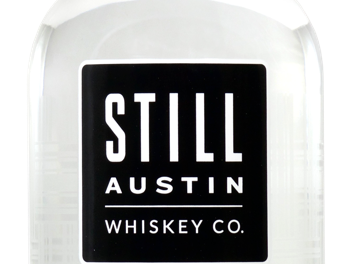 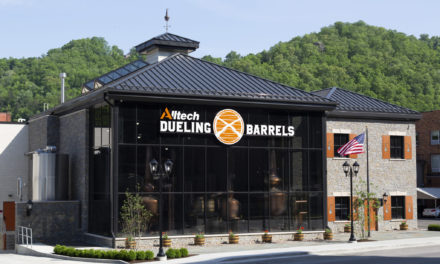