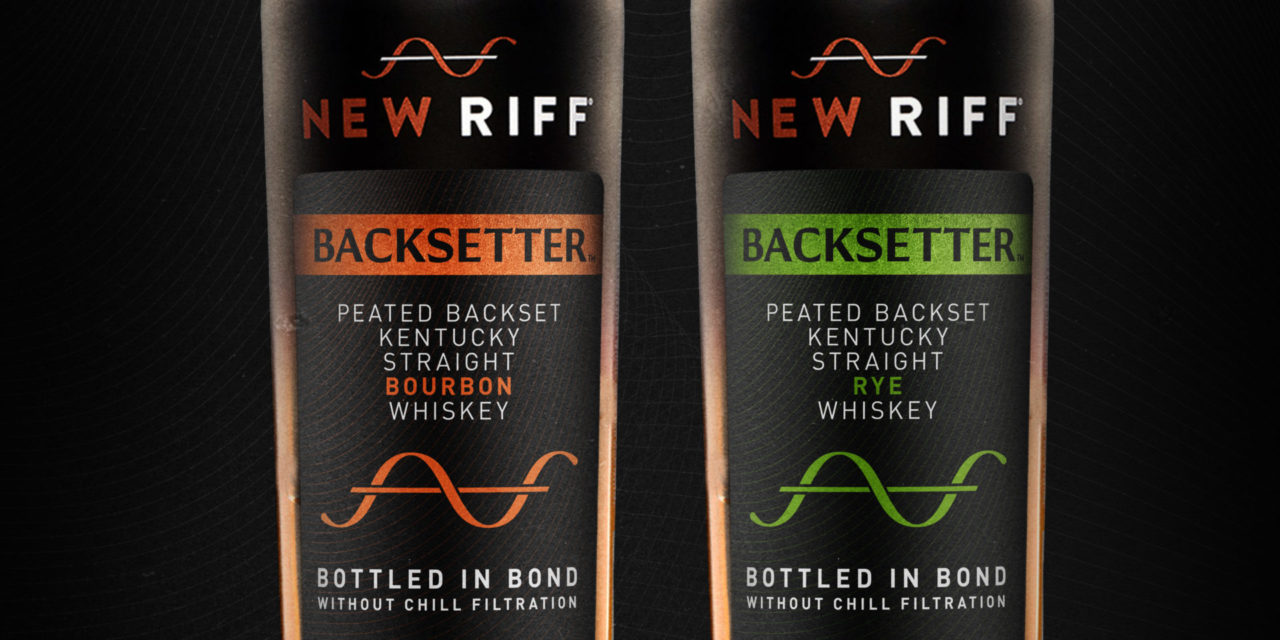 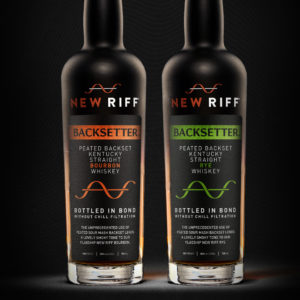 Newport, KY (April 15, 2020) – – – New Riff Distilling announces the release of an unprecedented bourbon and rye duo in early May, part of an ongoing exploration of the deep truths and deeper mysteries of the sour mash method. Like all New Riff whiskeys, the Backsetter whiskeys are crafted with the traditional, time-honored sour mash Kentucky regimen, which utilizes a portion of grain “backset” from a previous distillation in the mash of the new batch. Utilizing backset from a distillation of peat-smoked malted barley and rye, these whiskeys are definitely a new riff on an old tradition. For more information, visit www.newriffdistilling.com.

Generations of Kentucky distillers have touted the flavor influence of the sour mash technique — once considered almost mystical, New Riff’s distilling team applied their knowledge of how and why a backset influences the final product. And, using a previous distillation allows one recipe to inform the flavor of another, Erisman said. “It’s a small hint at the flavors developing in our warehouses — and a great reflection of how New Riff marries a commitment to tradition with a love of experimentation.”

New Riff Backsetter Bourbon has a rich, oaky nose at the forefront but with water opens to a broad field of grain and rye spice against a smoldering backdrop. The palate is remarkably soft-textured with the peat more immediate than on the nose. Juicy and zesty, a spicy rye top note at midpalate is joined by smoke, oak, sweet corn and grassy rye. The finish pings between smoky peat and a peppery-clove rye note. Meanwhile, New Riff Backsetter Rye shows considerable peat at the front of the nose with hints of fruit and grassy rye, but a splash of water opens the bouquet and the peat retreats into top notes of grassy rye and subtle cinnamon spice. Medium- to full-bodied on the palate, rounded and chewy — and with quite a bit of peat that even Islay would be proud of — the Backsetter Rye’s midpalate of sugared fruit and cinnamon-allspice heads to a finish of wafting smoke and rye spice with notes of Thai long black pepper and grain of paradise.

The Backsetter Bourbon and Rye will be available at suggested retail of $49.99 per bottle in limited quantity throughout portions of New Riff’s distribution footprint and through New Riff’s Whiskey Club.

Kentucky born and urban bred, New Riff is an independently-owned distillery in Northern Kentucky — the gateway to Bourbon Country. In 2014, founder Ken Lewis, a visionary Kentucky liquor retailer and entrepreneur, saw a need for a new riff on an old tradition when it came to Kentucky bourbon. The Newport, Ky., distillery produces bourbon, rye and Kentucky Wild Gin. Bourbon and rye are made with traditional sour mash methods and bottled-in-bond without chill filtration. Bourbon and rye are also available in single barrel selections, and the distillery boasts a popular private barrel selection program. New Riff sources its water from an aquifer under the distillery, accessed via a 100’ deep private well and providing water with four times as much dissolved minerals than found in other water supplies. New Riff believes in transparency, so all products feature an age statement and the mashbills are public. The modern venue hosts a variety of events from Shake & Stir mixology classes to Cocktails & Conversation monthly discussions and offers an on-site bar, The Aquifer. 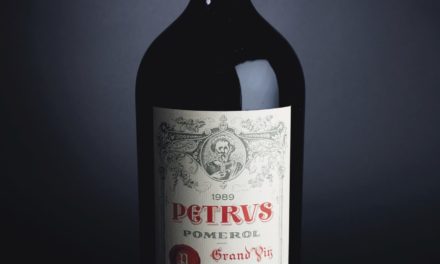 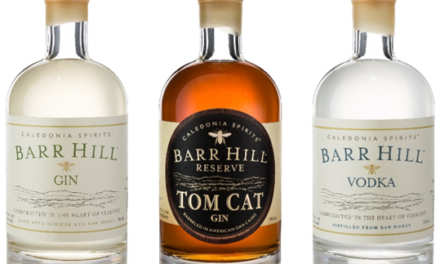 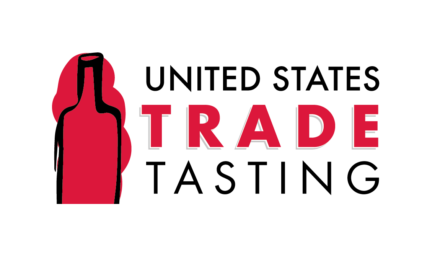 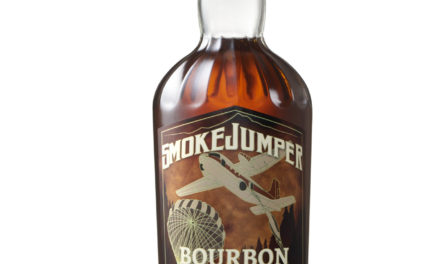