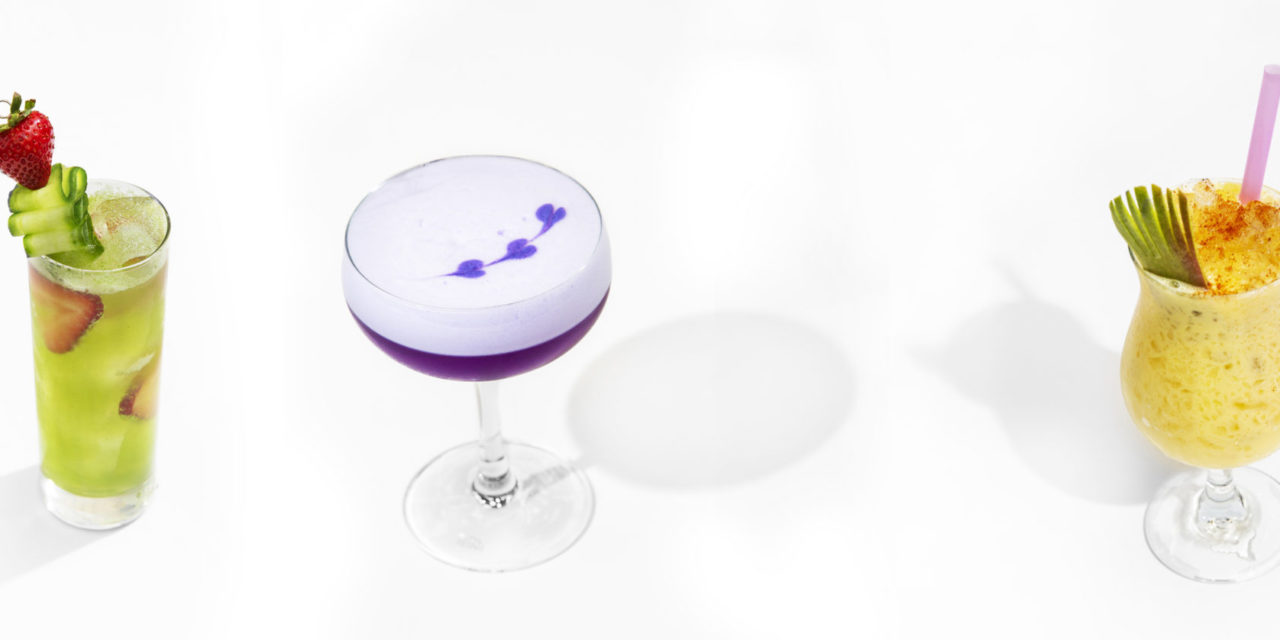 In the 1970s and ’80s, economists loved the optics of a large mouse moving, inch-by-inch, through a serpent’s length. The lump was supposed to represent baby boomers, the biggest cohort in history to hit the marketplace. Their influence was powerful and long-lived.

Well, move over, boomers—a new crowd is calling the shots. Millennials, together with the younger members of Gen Z, are now dictating the hot markets in everything from the shows we watch to the food we eat. As this group slides through the snake, one thing they aren’t buying—at least not in the quantities that boomers once enjoyed—is alcohol.

A demand for innovation

In its 2019 report “Global Opportunities In Low- And No-Alcohol,” drinks market analysis company IWSR found 52 percent of U.S. consumers it surveyed are trying to reduce their alcohol consumption. On-the-ground experience confirms the trend. Breakthru Beverage Group, a leading North American beverage distributor with operations across the United States and Canada, has seen distinct changes in the market, according to Beverage Development Manager Natalia Cardenas. “For the first time in history, the number of millennials is on the cusp of surpassing baby boomers,” she says. The older group may be focused on health, she adds, but they show a lot of loyalty to brands and standard cocktail choices to the same extent. It hasn’t changed their [alcohol] buying decisions. However, “Gen Z is more fluid in its choices. They’re clearly drinking less and are more likely to choose low- and non-alcoholic drinks compared to other demographics.” 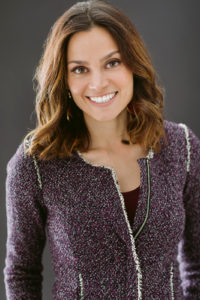 But beverage producers take heart—the “mindful” drinkers and “sober curious” haven’t quit drinking entirely. They’re just drinking differently, seeking out low-alcohol beverages with a healthy vibe. In doing so, they’ve spawned a whole new market segment, with plenty of room for growth. Low- and no-alcohol beverages are getting a lot of the millennials’ attention, but they still make up only 0.5 percent of the total U.S. beverage market. Put that statistic together with the numbers of consumers trying to cut back, and you have a picture of a market with plenty of room for growth.

The low-alcohol craze isn’t an entirely new phenomenon. Brewers decades ago discovered consumers who valued less over more. “Great taste—less filling” became an early catch phrase soon after Miller Lite was introduced in 1975. Other beer producers quickly followed. Ads focused on the low calories in each can or bottle. Today, light beers fill six of the top 10 spots in the U.S. beer market, according to Beer Markets Insights. Some large players are now going one step further, with new alcohol-free beers. AB Inbev, for example, introduced Prohibition Brew in 2016, and Heineken launched no-alcohol Heineken 0.0 earlier this year.

But millenials demand innovation. Beer sales, including unique and flavorful craft brews as well as low-calorie beers, are slipping as new beverage categories gain traction. Hard seltzers, ciders and spritzes are the new stars, both on retail shelves and in bars and restaurants offering more and more carefully crafted low- and no-alcohol cocktails (aka “mocktails”).

Ella Elli, a wine-focused bar/restaurant, is part of the 4 Star Restaurant Group in Chicago, Ill. “We’ve always had mocktails,” says assistant general manager Carmen Polcyn, “but we sold them verbally.” Last summer she noticed more demand for low-alcohol drinks, so she added them to the printed menu. One of the mocktails actually became a top seller among all menu items. 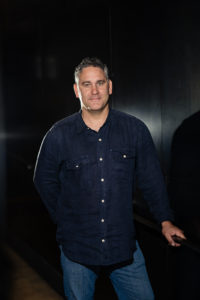 “With a spritz, they’ve realized they can have three or four of them and not become tanked.” Andrew Mosblech, Urban Kitchen Group

All of the restaurants operated by the Urban Kitchen Group in California sport a carefully planned non-alcoholic cocktail menu called Zero Proof, according to Andrew Mosblech, vice president of operations. They tend to feature bitter flavors like that of Aperol or Campari. Several are built around shrubs (drinkable apple cider vinegars infused with other fruit, herbs, or spices).

Mosblech noticed the demand for healthier cocktail options around three years ago. “We attribute that to the age of the foodie,” he says. “It’s a much more educated consumer. They know more about what’s trendy and popular. With a spritz, they’ve realized they can have three or four of them and not become tanked. It’s a more learned consumer because of access to food trends and food shows, and that’s crept over into cocktails and alcohol.”

But the mindful market hasn’t abandoned alcohol altogether, and Mosblech emphasizes that traditional spirits—vodka, gin, bourbon—still dominate sales at Urban Kitchen bars. Customers are just more, well, mindful about how much they consume.

Bill Dessel and Tom McGowan are targeting this growing market with Keel Vodka, a low-alcohol spirit (23.8 percent ABV), distilled from locally sourced Idaho potatoes. Dessel, a former restaurant owner in Newport, R.I., noticed a lack of innovation in the spirits world. “The last thing I wanted in my bar was another vodka,” he says, “especially another flavored vodka. It just didn’t seem that healthy: Who would be drinking cotton candy vodka?”

Recognizing the popularity of light beers, he and college friend McGowan thought they could bring the same cachet to spirits. “It seemed like there was a big hole in the market for something light and refreshing,” Dessel says. 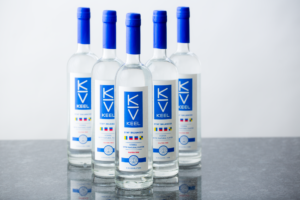 They worked with Distilled Resources, a specialty distiller in Rigby, Idaho, to make an authentic vodka from potato mash, at nearly half the ABV of regular vodka. They named it Keel, a tribute to the sailing culture of Newport, with the slogan “Stay balanced tonight so you can enjoy tomorrow.”

Most spirits are made of full-strength neutral grain spirits diluted with water to the desired level (40 percent ABV for 80 proof, for example). Keel Vodka uses a proprietary method that halts distillation at 23.8 percent ABV, the level where your palate can taste the most flavor without being overwhelmed by the traditional burn of alcohol, according to the Keel team.

“It’s farm-to-bottle,” says Dessel. “It’s much more authentic, and we think that’s why it resonates with millennials.” Keel’s primary consumer, he says, is between 35 and 45 years old, followed by the 25 to 35 age group, then the over-50 crowd. Sixty percent are women and 40 percent men.

“Better for you” choices

According to the IWSR study, the fastest-growing category within the low-alcohol segment is packaged, ready-to-drink beverages (RTD). Hard seltzers are proliferating, led by nationally distributed brands such as White Claw and Truly. Typically made from a fermented sugar or malt base, most products in this category tout their health benefits—such as low sugar, low carbs, gluten-free. Low alcohol actually gets second billing on labels. 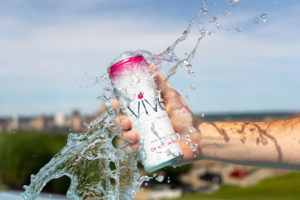 Braxton Brewing Company, a craft brewer located in Covington, Ky., introduced VIVE, a canned hard seltzer drink, in 2019. Sold in major grocery stores, liquor stores, and bars and restaurants throughout Ohio, Kentucky, and Tennessee, it was developed to reach craft beer drinkers with something different and to target a new audience of health-focused drinkers as well. “Generally, when we’re in-market, ABV gets the same priority as the other key messages: gluten free, 100 calories, 2 grams of carbs, two grams of sugar,” explains Mitch Barnhill, head of marketing for the company.

“However, we’ve found that consumers tend to care more about the ‘better-for-you’ alcohol option than they do about the actual ABV per drink. That’s why you see that messaging prioritized on the can, carton and website.”

Karmen Olson, general manager of The pH Experiment, a division of Craft Brew Alliance (CBA) in Portland, Ore., sees several layers of nuanced demands in the millennial market. “Specifically, one of the industry problems for craft beer is that we’ve been losing our share to wine and spirits.” 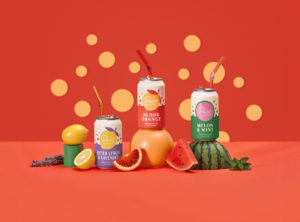 In 2018, CBA launched an innovation division called The pH Experiment. CBA’s Brew Master Thomas Bleigh and Olson co-founded the operation. Their goal is to grow to $25 million in revenue by 2025—about 10 percent of CBA’s total revenue. They’re approaching the task with lots of data. Information gleaned from three different market studies yielded some valuable insights about the moderation trend. “Craft beer has been declining in sales over the last 18 months. We had seen wine and spirits and cannabis stealing some share from beer, and alcohol consumption going down overall,” Olson says.

Developing a hard seltzer wasn’t a slam-dunk. Olson and Bleigh realized they had to satisfy different motivations with different groups. “The vision for The pH Experiment is that we quench drinkers’ thirsts. That means we have to listen deeply to drinkers’ needs,” Olson explains. “If we’re not solving some sort of problem for them, then we’re not doing the right work.”

The pH Experiment first introduced PRE Apperitivo Spritz, a gluten-free beverage with 6.6 percent alcohol and one gram of sugar, then brought out Pacer, a low-proof seltzer with just 2 percent alcohol. Developing the message on the label, she says, was as important as developing the beverage. “There are a lot of great attributes with Pacer—zero sugar, 50 calories, 2 percent alcohol, gluten free. All of those things are great, but it’s a matter of prioritizing which you think will be most impactful.”

Spot-on marketing is essential for any new venture, and the low-alcohol trend demands as much creativity as any other new product launch. A marketing-savvy partner can help ease the process. “As a distributor, we own the last mile of brand marketing efforts and play a critical role in the brand-building experience,” says Cardenas of Breakthru Beverage. “Our business is motivated by being smarter about tomorrow’s consumer and staying nimble to meet their demands.”

Braxton Brewing’s VIVE is the official hard seltzer of the Cincinnati Bengals for the 2019-20 season, Barnhill says. “VIVE is most definitely a ‘lifestyle brand.’ Our content and messaging is often tied to situations and activities that our audience finds the most relatable, like tailgating, hiking, or lounging poolside. We’re working hard to build VIVE as an anytime beverage, which is one of the reasons we decided to partner with the Bengals.”

For Keel, the biggest attention grabber is the low-alcohol angle, contrary to the way seltzers are promoted. “At first we marketed it as low calorie and low sugar, but lower ABV has become a better seller,” says McGowan. He calls their marketing activities “hand-to-hand combat”: Together with their third partner, retired New England Patriots player Matt Light, they spend a lot of time pouring tastes at festivals and other events.

“We’re going after the person who wants balance. Some people will always want high octane, but Keel is smoother and provides a balanced approach so consumers can enjoy the now and the later,” says Dessel.

Olson discovered another unexpected benefit for The pH Experiment in the low-alcohol market. “My Instagram feed is filled with different beverages that I can order and they will be delivered directly to my door,” she says. That luxury, available in many states with wine sales, for example, hasn’t been an option in the beer world. “When we start playing in categories outside of beer, we’ve been opened up to new distribution models. I’m really fascinated by that right now,” she explains. “We’re looking at how to innovate outside the product.” 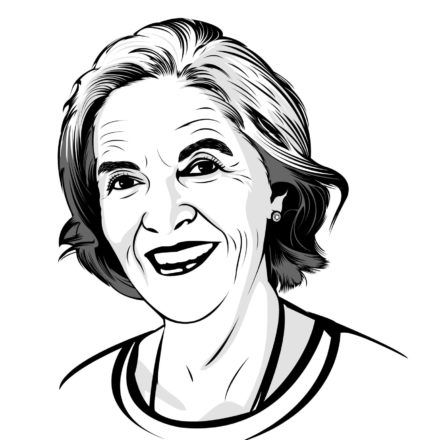 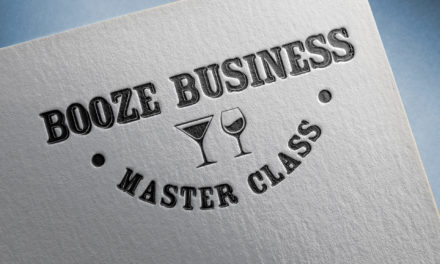 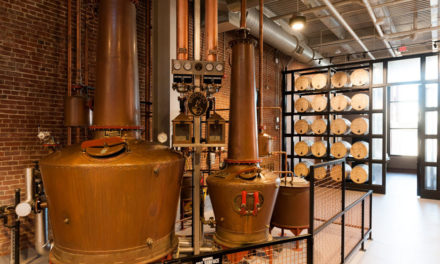 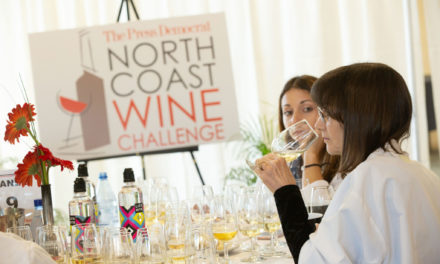 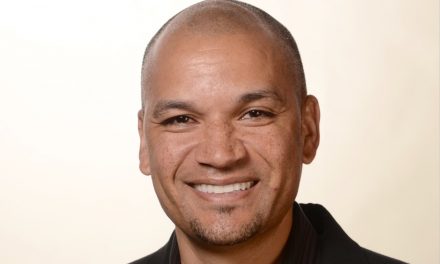