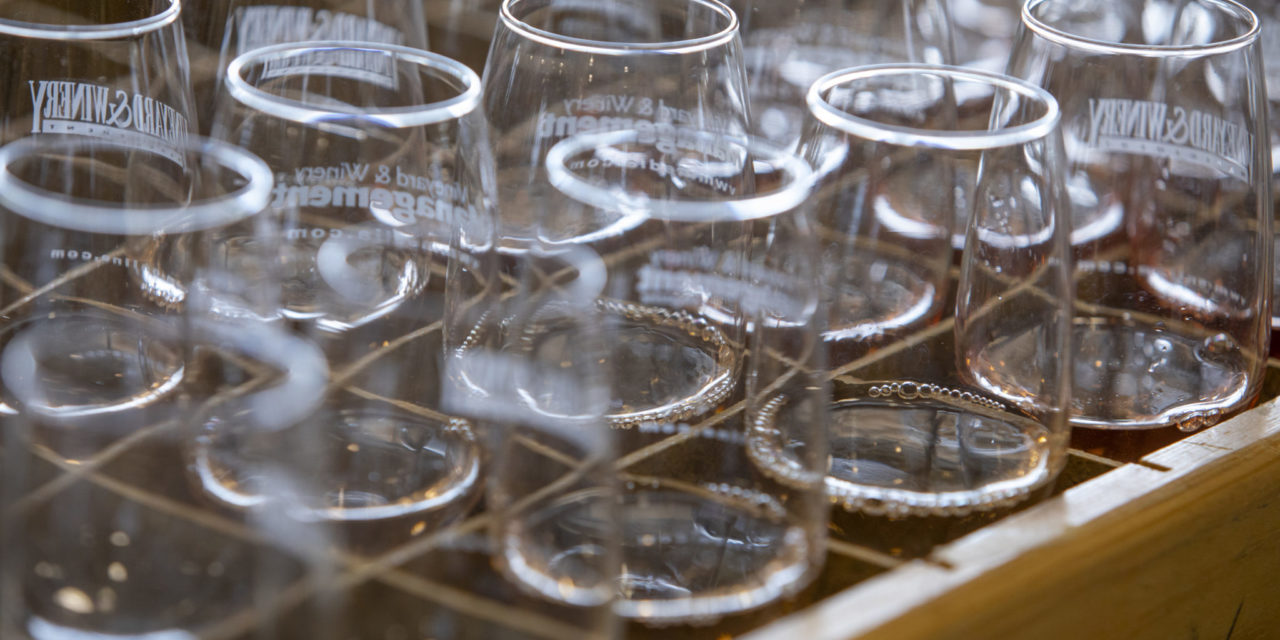 What happens when you’re running a wine competition and you get way more entries than you planned on? Debra Del Fiorentino found out recently, when she resurrected the Sunset Wine Competition after a two-year hiatus. Del Fiorentino, founder and president of Wine Competitions Management & Productions (WCM&P), along with George Christie of Wine Industry Network, teamed up with Sunset Editor-in-Chief, Matt Bean, to revive the competition, which languished after all the tumultuous organizational changes that befell one of America’s favorite magazines. But things are back on track, according to Bean, who’s becoming more of a wine fan every day, having moved to California from his native Midwest to take the helm at the publication. 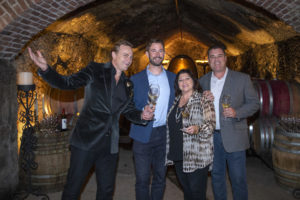 Good news all around: The response from the wineries big and small, local and international proved the love for Sunset—as a magazine and brand—runs deep. And the love for great wine runs even deeper.

Del Fiorentino couldn’t have anticipated the pent up demand for this competition. More than 2,700 entries flooded in, far exceeding her expected target of 1,800. How do you deal with such an unexpected bounty? Get your judges to come in a day early and find more judges! Del Fiorentino is well-versed in the art of creating a full stable of judges with alternates on standby. But, starting a day early meant calling people in to begin judging on Mother’s Day. Fortunately, most of the judges dropped their plans and came to the rescue. And were we ever glad we did. My panel, which included two mothers, was thrilled to taste nearly 100 beautifully made chardonnays and high-end pinot noirs, so it was well worth the effort. 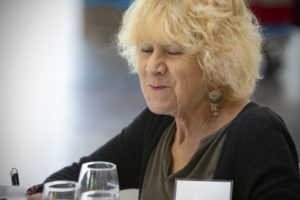 Overall, the caliber of entries was seriously impressive—well, except for the synthetically manipulated, overstimulated red blends that my fellow panelmate, winemaker, Greg La Follette, refers to as “Frankenwines.” We dragged our palates through the dark swampy waters of that flight with all the enthusiasm of a kayaker spotting alligator snouts. Many of the judges, a stellar assemblage of winemakers, wine journalists, somms and wine retailers, were buzzing about what a treasure trove of wines they were privileged to taste.

“Nearly 25 percent of the wines submitted were awarded gold or better, and there were winners representing wines from all over the world,” says Del Fiorentino. On my panel alone, we repeatedly awarded double golds, with little disagreement on the merits of the majority of the wines. Sure, there are always disappointments, but the double gold, happy face factor was very high for this competition. I found myself writing things like, “superlative example of cool climate pinot noir,” and “splendid interplay of fruit, spice, and oak.” 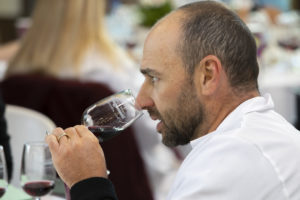 It’s gratifying to face the final sweepstakes round knowing—ok, hoping—that your fellow judging panels enjoyed a similarly utopian tasting experience, and that they sent up wines at least as good as the ones you experienced. Such was the case with the 31 wines we tasted in the final round.

No competition can happen without the expertise of a truly dedicated backroom staff. A big shoutout to Del Fiorentino’s intrepid backroom crew, a formidable talent pool of panel coordinators, pourers, servers, dishwashers, metrics mavens and logistics experts that keep her competitions running smoothly. 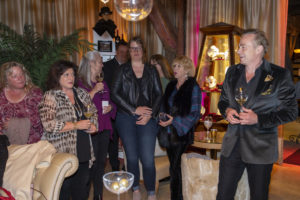 One of the highlights of these competitions is the judges dinner, usually a grand affair hosted at a winery. Fittingly, we were summoned by the ever-charming Jean Charles Boisset to his dramatic Buena Vista Winery, where decadence meets history. Boisset served as this year’s Honorary Chairman for the Sunset Wine Competition, an honor he took to with great relish, regaling us with many tales.

Ensuring we had plenty of liquid encouragement to face the final day of sweepstakes, JCB proudly poured his flagship La Victoire Champagne, served in brand new (and heavier than heck) Baccarat crystal glasses. Called Passion, these custom-designed glasses have a marble-sized crystal knop on the stem, to help you hoist whatever liquid you’re drinking at a typical gourmet feast, from Champagne to Burgundy to Bordeaux, regally, to your lips. 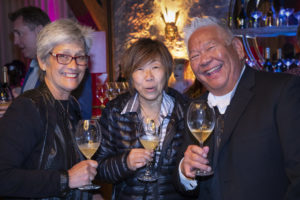 Crystal stemware in hand, we toasted the success of the competition in the alluringly appointed Bubbles Lounge, where you can sink into white sofas, admiring the twinkling crystal chandeliers. Here, you can pose with a nicely stuffed leopard (who nonetheless looks quite hungry), or just admire the outrageous jewelry collection Boisset has designed over the years. Everywhere you look, you’ll find cases of sparkling temptations, imbibable and otherwise.

Buena Vista, with its haunting caves and reminders of the past, is the property Boisset remembers visiting as a child with his sister, Nathalie, when his parents first brought him to California from his native France. He was smitten with the place and the history, and was compelled to purchase it and restore it to its former glory. 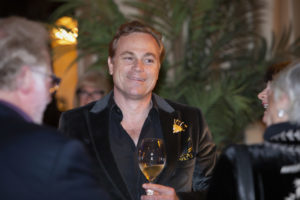 We raised a toast to bravery and determination with Boisset’s beautiful new tribute to all the heroes of World War II, the 75th anniversary of D-Day commemoration wine, called 6.6.44. For Boisset, the wine is meant to express his family’s gratitude to the United States and pride in the shared values and close relationship between the two countries.  “Our grandparents served in the Resistance in France on the side of freedom and felt a close connection to the American soldiers that came to their aid. Seventy-five years later, with this magical international blend from French and California grapes, we begin another chapter of celebration, commemoration, peace and commitment to our common culture and values!” he said, as he proudly raised his glass high.

This first of a kind collaborative effort between Boisset Collection winemakers in France and California, this blend of gamay, pinot noir, syrah, grenache, mourvèdre, and petit verdot from the French regions of Languedoc, Rhône, Beaujolais and Burgundy, was married with zinfandel, cabernet sauvignon, syrah, petit verdot, cabernet franc, petite sirah, and malbec from California’s Russian River Valley and Napa Valley. 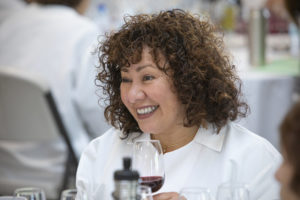 It was an epic collaboration, according to De Loach winemaker, Brian Maloney, who admitted that the time zone differences were challenging, but email helped the winemaking team get it done. Naturally, the final blend sports quite a bit of zinfandel. “What do the French like to drink when they come to California?” said Maloney. “ Zin! They love it. They have nothing like it in France.” The 6.6.44 blend is a lush, expansive, velvety and voluptuous wine—in the spirit of JCB himself. You can find it at Safeway; proceeds benefit a veterans charity.

The next day, we faced 31 magnificent entries in the final sweepstakes round, among them wines from the Boisset Collection, which were joined by entries from Amador, Santa Cruz Mountains, Solomon Hills, Santa Lucia Highlands, Santa Barbara, Russian River Valley, Alexander Valley, and Anderson Valley. 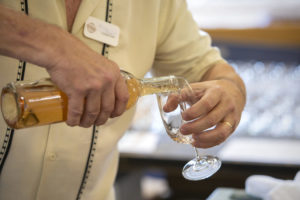 Sunset will roll out expanded wine coverage, including coverage of key winners, in its November Food and Wine special issue.

“Sunset’s readers love wine, and we cover the category in a way that makes it accessible and aspirational at the same time,” says Sunset EIC Bean. “Re-launching this competition continues our mission of delivering the ultimate user’s guide to the Western lifestyle.”

You can find a full list of winners at www.winecompetitions.com/sunsetwinners. 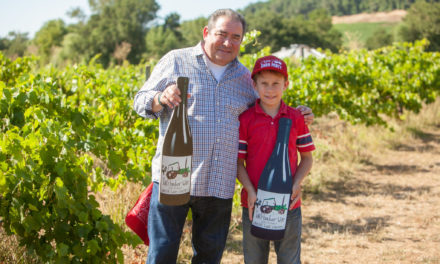 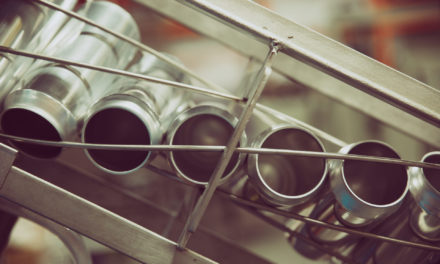 In the Can: Canned beverages continue to grow in popularity—and producers are embracing the trend.