McMinnville, OR (October 13, 2020) – Abbott Claim, a new winery in the Yamhill-Carlton district of the Willamette Valley, is pleased to announce it is now open to receiving guests in the winery. Abbott Claim winery completed construction in 2020 at the site of the namesake vineyard and is now home to winemaking and hospitality operations. Guests are now welcome to experience Abbott Claim by reservation, where they will be welcomed by newly appointed Director of Hospitality, Andrew Dirks.

Located in the Yamhill-Carlton AVA of Oregon’s Willamette Valley, the name Abbott Claim speaks to the land’s original claim owner. In 2006 Antony Beck, proprietor of Abbott Claim, planted 34 acres in the Yamhill-Carlton AVA. Later, in both 2012 and 2017 Beck acquired the two adjoining vineyards just north and northwest of his own, reassembling a large portion of the original 1855 land claim of John F. Abbott.  The claim’s 170-acre boundary in the Savannah Ridge hosts some of the oldest soils in the Willamette Valley. The uniquely protected microclimate is atypical of the area and curates an inspired landscape. As the next generation stewards of this land, the new team has implemented organic and regenerative farming practices in the vineyard and its surrounding habitat since 2018. The range focuses on Pinot Noir and Chardonnay from the Willamette Valley, with single vineyard wines from the Abbott Claim Vineyard as well as other select sites. Native yeasts, gentle extractions, restrained us of new oak, minimal to no filtration or fining are all aspects of the vinification that allow each terroir to show through.

In his new role as Director of Hospitality, Dirks will work closely with both winemaker Alban Debeaulieu and General Manager Kristin Marchesi to tell this story, and welcome guests to the winery to experience Abbott Claim. Dirks says of this new position, “The thing that attracted me most about Abbott Claim was contributing to the thoughtfulness and careful planning done here. The idea of starting something from the absolute beginning, helping to shape the experience of this special place and watching it grow was incredibly compelling. I couldn’t be happier to be a part of this team and I can’t wait to share our wines and our story with our guests.”

Dirks has honed his wine and hospitality skills in several key roles and has roots in the Willamette Valley. After attending Willamette University, he gained his first front of house experience at The Dundee Bistro. Moving on to San Francisco, he held roles as Captain and Sommelier at both Mourad and Restaurant Gary Danko, while advancing his wine expertise in both the WSET and Court of Master Sommeliers programs. Most recently he came back to Oregon to serve as Hospitality Manager for Antica Terra in Dundee.

As of September 24, Abbott Claim has opened for visitors by reservation only. Each tasting experience is tailored to the guest and offers the opportunity for the Abbott Claim Vineyard to reveal itself in surprising and memorable ways. At this time the wines are available at the winery, by allocation and guests are invited to join that mailing list. Abbott Claim’s wines will be available in three tier distribution in early 2021.

About Abbott Claim
Located in the Yamhill-Carlton AVA of Oregon’s Willamette Valley, the name Abbott Claim speaks to the land’s original owner, but it is the site’s particular location atop the Savannah Ridge that makes this vineyard stand out in the region. In 2006 Antony Beck, proprietor of Beck Family Estates, began purchasing vineyards which have ultimately reassembled a large portion of the original 1855 land claim of John F. Abbott. Beck acquired the first two vineyards from winemaker Ken Wright in 2006 and 2012, and a third from Dave Grooters in 2017. Following the hire of winemaker Alban Debeaulieu in 2017 and the completion of a new winery on the estate in 2020, Abbott Claim is releasing its first wines. As the next generation of stewards of this land, the new team has been implementing organic and regenerative farming practices in the vineyard and its surroundings since 2018. Abbott Claim is focused on treading lightly and honoring the history of the land, to be expressed in the wines.

About Beck Family Estates
Beck Family Estates is a family-owned company championing unique vineyard sites and wineries in South Africa and Oregon. As grape growers, winemakers, importers and marketers, the company is lauded for its long-term, multi-generational commitment to local communities, as well as environmental restoration, conservation and regenerative farming. Led by Antony Beck, the company is the exclusive importer for the acclaimed, méthode champenoise house, Graham Beck, as well as Steenberg Vineyards, the oldest registered farm in South Africa’s Western Cape. In Oregon, the recently launched Abbott Claim focuses on Pinot Noir and Chardonnay sourced from estate vines as well as from other organic and sustainably farmed vineyards in the Willamette Valley. The Angela Vineyards label also champions organic and sustainable farming practices for their wines and vineyard sources throughout the Willamette Valley. 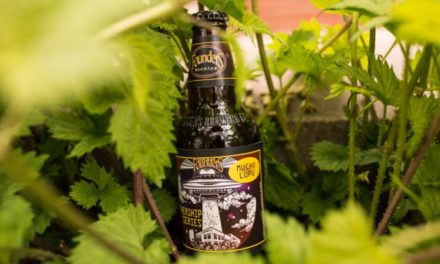