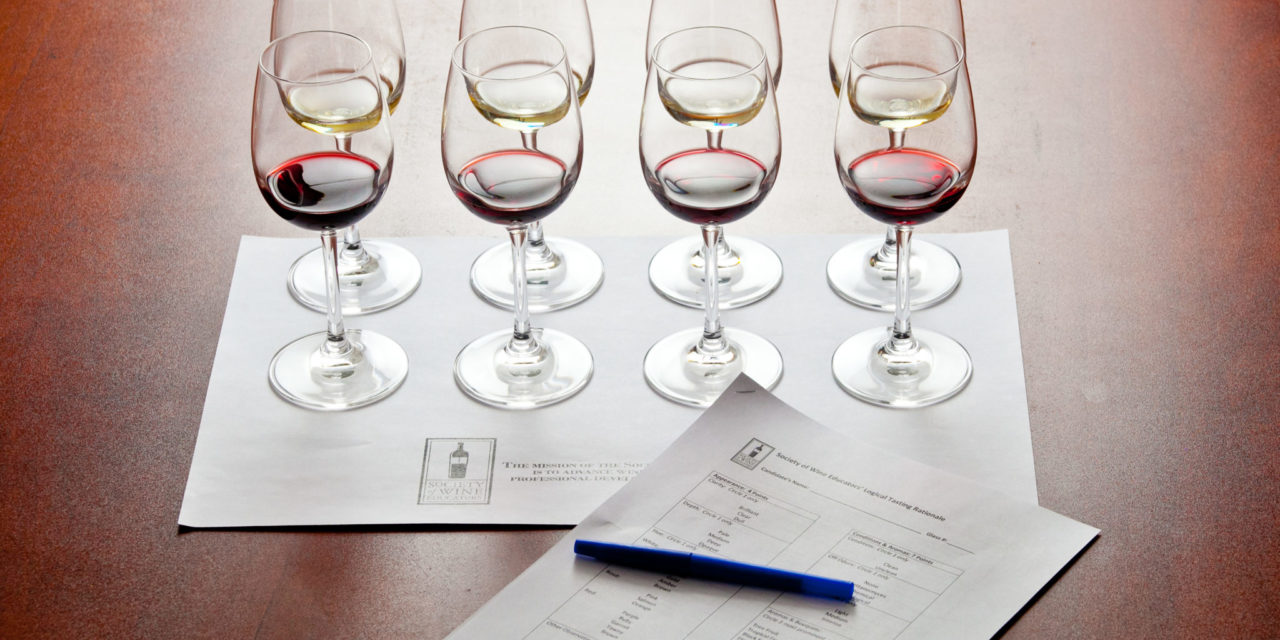 As people file in and find their seats, the air fairly crackles with nervous energy. The next 45 minutes are the culmination of two days of intense lectures and tasting exercises, which, for those who’ve taken the pre-class admonitions to heart, were preceded by at least several weeks of independent study. We’re here for the Introductory Sommelier Course held by the Court of Master Sommeliers (CMS), and passage of the exam will set us on the path to becoming members of one of the most exclusive beverage professional groups in the country.

There are many education and certification programs available for people working in the adult beverages industry. According to an August 2018 survey of 3,200 industry members by Seven Fifty Daily, the most popular in the United States are those conducted by the CMS, the Wine and Spirits Education Trust (WSET), the Society of Wine Educators (SWE) Certified Specialist in Wine (CSW) program, and the beer-focused Cicerone. While there are similarities in each, such as a structured approach to evaluating a beverage, it’s the differences that might make one more appealing than another. I recently spent several months as an entry-level student in each of these programs to get a sense of those differences first-hand. 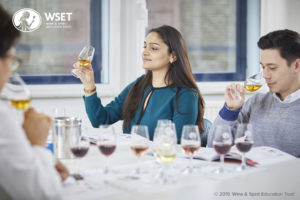 First up, the Level One and Level Two Awards in Wine from London-based WSET, offered by 700 certified providers in 70 countries and 15 languages. Level 1 is decidedly basic, suitable to someone who knows little when walking in the door. The daylong course covers grape growing and wine making, basic wine styles, the eight most commonly grown grapes and the major areas in which they’re produced, plus a bit about storage, service, and food pairing. It also introduces WSET’s particular approach to evaluating a wine using tastings of 10 classic examples. The 30-question multiple-choice exam is given at the end of the class and has, as one might expect, a high pass rate. 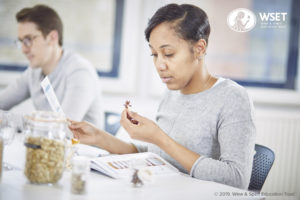 The Level 2 Award covers the same subjects in significantly more depth and detail—more grape varieties, more important areas of production, more styles (including fortified wines), as well as key information found on world wine labels and 40 sample wines for a lot of practice in evaluation. Although, candidates aren’t tested on tasting until Level 3, the amount of information in Level 2 is significant, and the 100-question multiple-choice exam is scheduled for weeks later to allow candidates an opportunity for more study, committing to memory all the key wine producing areas and grapes of Australia, for example.

In both classes, the gender mix was roughly equal and students came from all areas of the beverage industry (tasting rooms, assistant winemakers, on-premise workers, sales/marketing) as well as enthusiastic consumers with no industry connection. Heavy on theory, these courses can set a candidate up for more serious study or give them the grounding they need to be a more effective marketer, for example. WSET offers similar award programs in spirits and sake, as well as online versions for many of the levels. 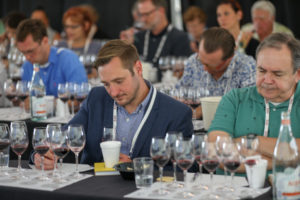 The SWE programs are similarly academic, but even more so. There are no in-person classes; instead, candidates learn from official study guides and workbooks. In addition, several times per year, SWE offers multi-week online, instructor-guided prep classes to SWE members that have purchased an exam attendance credit (exams are available only at Pearson VUE testing located in every U.S. state and throughout the world).

The study guide covers much the same information as the WSET Level 2 materials, with additional emphasis on regional wine laws (or spirits laws for the Certified Spirits Specialist program, or CSS), as well as an expanded discussion of wine producing areas, including Asia. The 100-question, multiple-choice exam has a 48 percent first-time pass rate (58 percent for the CSS exam), which jumps up to more than 90 percent for those that take and complete the online prep class. According to Director of Education and Certification Jane Nickols, 60 percent of CSW/CSS candidates are wine/spirits professionals, with the rest either serious enthusiasts or college students in hospitality or culinary programs. 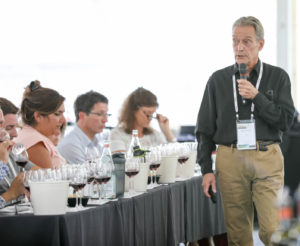 The latter group, along with first-line hospitality managers, is also the focus of SWE’s Hospitality/Beverage Servers Certificate (HBSC), a newer entry-level program. Offered as a self-paced online course with a separately purchased study guide, it covers all manner of adult beverages including coffee, tea, sake, cider and perry, wine, beer, and spirits. Each section follows a similar structure—a brief history, then information about production, styles, and flavor profiles. Sections end with a short quiz, which can give a student clues about what information is the most important to retain, a helpful addition in a broad survey course that takes many, many hours over multiple days to complete. Access is available for one year from the time the course and exam are purchased. It provides a good basis for someone just getting started or unsure just where they want to end up. 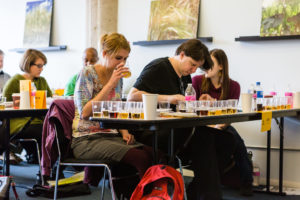 A self-paced online course is also the most readily available option for the entry-level certification through Cicerone, Beer Server, because though in-person classes do exist, the times and places of their scheduling seem a little haphazard (in-person, week-long prep courses for the next level, Certified Cicerone, are only held a handful of times per year at the organization’s Chicago headquarters).

The online course is a combination of slides and short videos covering storage and service for both draft and bottles, as well as production basics, popular world beer styles (their history and distinguishing characteristics), flavor terms, and food pairing. Short quizzes are sprinkled throughout, giving the candidate a helpful way to check their progress. The course takes roughly 12 to 15 hours to complete one time through and is only available for 90 days from the time one signs up, at which time you must either opt to take the exam or repurchase. It’s an excellent introduction to the wide world of beer and, at this level, pays particular attention to proper storage and service. 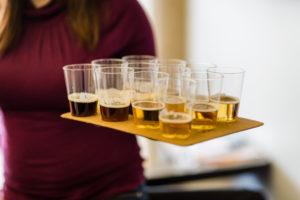 An emphasis on service also distinguishes CMS, one of the most well known professional beverage certifying bodies (due perhaps to the recent documentary, Somm, and its sequels). The introductory courses are taught by four master sommeliers, the organization’s highest level, of which there are only 164 worldwide. The course content is largely similar to that provided by WSET Level 2, with perhaps a greater number of highlighted wine regions, especially in France. The CMS, however, sees its chief mandate as the training of service professionals, the person who’s there to ensure the end customer has a positive experience.

The focus on service is obvious throughout the course, as wines are not only discussed on their own merits but how they might be presented. “Learn to speak the language of deliciousness,” we’re told; we’re also warned about being too technical unless that’s clearly what a patron wants. A portion of one afternoon is given to an idealized tableside service demonstration with multiple wines, though candidates aren’t tested in a mock-service situation until the next level. There’s also more attention paid to rigorous evaluation, not only in describing a wine but determining what it is and where it comes from. We each take a turn and stand for the process, literally, which intimidates some and emboldens others in our 78-person class (equally spit among genders, and not exclusively white or young), all of whom are working in the beverage industry at some level; there are no non-professional wine enthusiasts here.

There are a number of certifying ventures beyond these four, including the U.S. Association of Cider Makers’ Certified Cider Professionals program, Bar Smarts, and programs through the U.S. Bartender’s Guild. Which one is right for any particular person will depend on their goals and, to some extent, the size of their bank account, not to mention their willingness and/or ability to commit to a program of self-study or to take the time to sit in a multi-day, in-person course.

But any credible certification has value. “It shows me that someone is willing to grow and learn,” says Ambrosia Borowski, general manager of Chicago’s The Northman, “and that moves a job applicant way up the list.”

“Having learned the vocabulary and skill of analytical tasting is also really valuable,” says Mike Reis, co-owner of Redfield Cider Bar & Bottle Shop in Oakland, Calif. Regardless of the choice, then, professional certification can benefit one’s job prospects and make a difference to a career going forward. 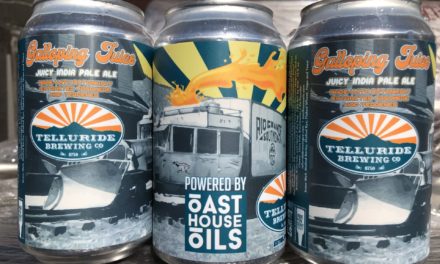 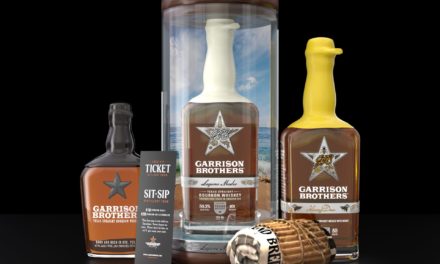