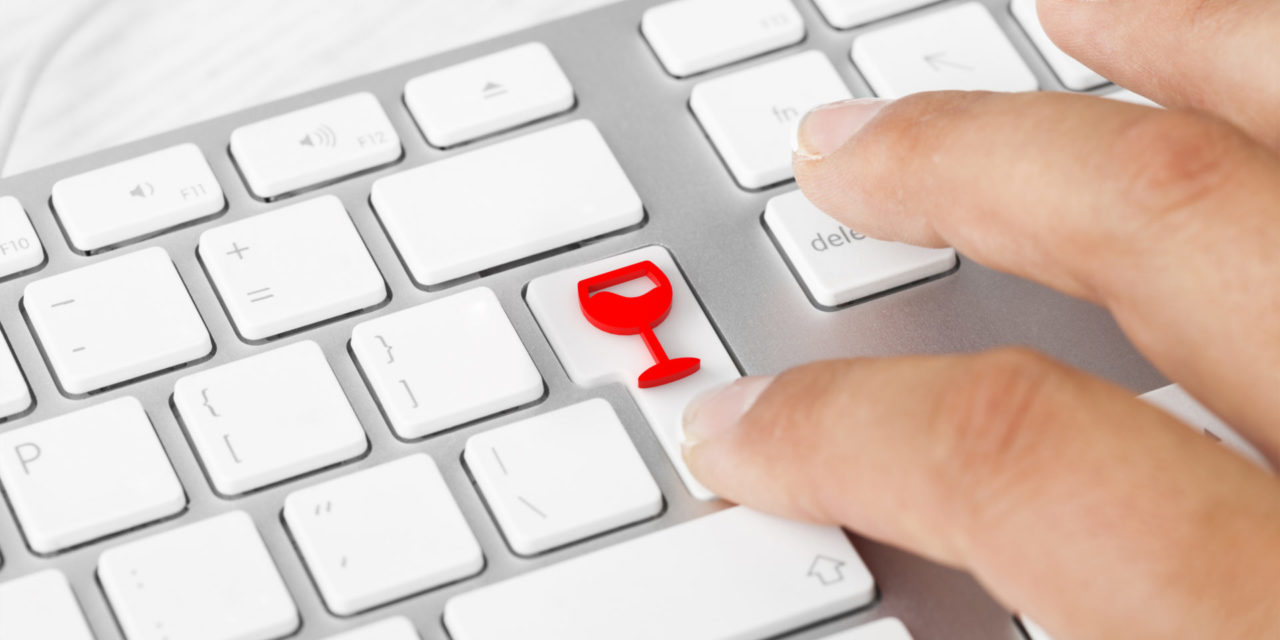 At a panel titled “Navigating the Move to Ecommerce” at this year’s VinExpo in New York City, panelist Ian Griffith, vice president of ecommerce for Beverage Media Group/SevenFifty, made the statement that, when it comes to online sales, “The opportunity is here to take advantage of.”

That panel happened March 2—and no one in the room could have predicted how quickly those in the beverage industry, who had already taken advantage of creating a solid ecommerce platform, would benefit from what they already had in place.

In an industry where ecommerce sales have been slow to emerge for a variety of reasons, beverage producers got a huge wake-up call when the Covid-19 pandemic sent consumers rushing to their computers to place alcohol orders. It also sent many in alcohol sales running to solidify their ability to take online orders. 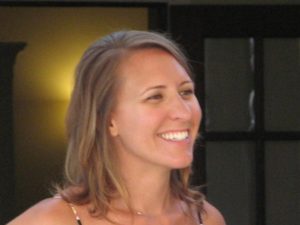 “We feel like we will come out of this with a ton of additional experience in and knowledge of online sales and marketing.” —Kenna Wuerker, Hawk Haven Vineyard

“We were in the process of working on a new website and also changing our ecommerce platform when this all started,” says Kenna Wuerker, owner of Hawk Haven Vineyard in Cape May, N.J. “In a perfect world, I wish it was up and running by March 16, when we closed the tasting room and went to online sales exclusively.”

The tasting room shutdown forced Hawk Haven’s sales and marketing team to get things in working order quickly. By March 20, the winery’s team was able to fine-tune things, learn the new system, and start taking orders.

“It ended up working out in our favor, because we were able to announce the new website and online store along with the special discount available on wines,” says Wuerker. “We feel like we will come out of this with a ton of additional experience in and knowledge of online sales and marketing.”

Hawk Haven’s move to a new website and ecommerce platform was already planned, and they were fortunate to be able to get it up and running with little downtime. Sadly, there was little time for those who didn’t already have ecommerce plans in the works to create them; these delays mean producers and stores that missed out on sales.

When the country recovers from this pandemic, those that missed out on sales because they weren’t prepared will want to make sure they’re ready for a consumer base that has become accustomed to shopping online for alcohol.

The Legality of It All 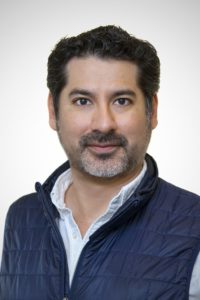 “The starting point is to figure out what license the business holds and what privileges that allows.” —John Trinidad, Dickenson Peatman & Fogarty

In the United States, navigating the legality of online alcohol sales is like navigating a minefield with 50 different types of explosives scattered throughout. Once you’ve figured out how to safely avoid an explosion in one region, you have to learn a completely different set of safety precautions for the next. Each state has its own laws when it comes to ecommerce sales of alcohol and the shipping of any alcohol that’s purchased online. Legal compliance is paramount.

Direct to consumer (DTC) shipping of spirits from one state to another is virtually illegal. And, there hasn’t been much demand for the shipment of most beer, save for some cult-status bottles. However, wineries, both singular producers and websites that sell a variety of wines, have looked to ecommerce-fueled DTC sales due to the difficulties of reaching consumers solely through the three tier system.

For wineries that want to make sure their ecommerce sales are legally compliant, John Trinidad, a partner and part of the wine law practice group at Dickenson Peatman & Fogarty in Napa, Calif., recommends making sure these four steps are in place.

“The starting point,” he says, “is to figure out what license the business holds and what privileges that allows.” Not all licenses are equal. For instance, California issues two different licenses typically held by wine suppliers. The first is a Type 02 license, known as a winegrowers license, that has a wide range of privileges, including the potential ability to ship to most other states. The second is a type Type 17/20, a combination wholesal-and- retail license often held by business that have wine custom crushed for them.

“A Type 17/20 license doesn’t let the license holder produce any wines themselves. It only lets them contract with a winery to have that winery make wine for them. That license holder is treated by other states as a retailer, even though some in the industry refer to the 17/20 licensee as a ‘virtual winery,’” Trinidad explains. Those with a custom crush license are limited in the number of states they can ship to, but not everyone with that type license realizes that when they obtain it.

Thus, the second step, Trinidad continues, is to “find out what additional licenses are necessary for the state you want to ship to.” Not only does a winery need the correct license in its own state, it also needs to figure out what licenses and registrations it needs to obtain from every state it wants to sell and ship into.

The next step is to understand what each state allows. Some may have a cap on the amount or types of wines consumers can receive. For instance, Indiana only lets wines not available through its 3-tier system to be shipped into the state.

Compliance varies from state to state, and even little things in each state need to be monitored. In California, automatic renewal for wine club memberships require disclosure. There are also consumer privacy obligations that ecommerce players need to follow.

“There’s a full slate of ongoing compliance that wineries need to be mindful of,” warns Trinidad.

That warning holds for any producer or business that wants to sell alcohol online. Compliance is necessary, and the laws change frequently. Businesses should consult with compliance attorneys as well as overall compliance companies that understand what needs to take place to stay on top of rules and regulations.

The United States alcohol distribution system is traditionally a 3-tier system. The first tier is the producers or importers of foreign products. The second tier consists of distributors and wholesalers, and the third tier is retail. In ecommerce, alcohol is sold directly to consumers, sometimes eliminating or replacing that second tier—but not always. 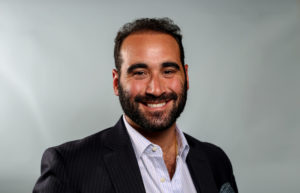 “Producers have to work with distributors, and if distributors don’t want to pick them up, it becomes impossible for them to grow.” —Michael Weiss, Spirit Hub

Michael Weiss, CEO and founder of Spirit Hub, is committed to connecting consumers to independent distilleries without going against the laws of the 3-tier distribution system. The business built its model in 2015, but spent 2016—before officially launching the company—lobbying to determine how their business could operate within the 3-tier system.

“Before we even got to lobbying, we had to look at ‘What is the 3-tier distribution system and how does it operate and how does it differ by state and market?’” says Weiss.

He believes the existence of the 3-tier system makes sense, but acknowledges that it can be confusing. “It’s something that becomes difficult for people with limited resources to tackle,” he says. “That difficulty creates barriers for people with small businesses to expand. Producers have to work with distributors, and if distributors don’t want to pick them up, it becomes impossible for them to grow.”

With a desire to help small producers and the commitment to do work through the 3-tier system, Spirit Hub launched in Illinois with the ability to ship spirits only within the state. Working through the established distribution system, it buys spirits from small independent, craft distilleries throughout the country. Spirit Hub works with the producers, taking them through licensing and onboarding them to the Spirit Hub system.

The company then develops its own content, writing bios and interviews with producers as well as creating education pieces. It also creates descriptions of each product, which helps consumers make educated decisions on the products they’re buying.

“We want to make sure we’re doing this in the right way,” says Weiss, “so our customers can comfortably make a purchase.”

Spirit Hub has plans to come to Florida, Michigan, and Massachusetts in 2020, working within each state’s unique laws and bringing independent, craft spirits that would otherwise be unavailable to consumers in those states. “Companies like mine are at the forefront of the ecommerce world,” says Weiss. “We’re the kind of company the industry needs.”

Working within the 3-tier system may be necessary for ecommerce platforms that want to sell spirits, but as Spirit Hub is proving, it can be done.

Rabobank, a banking and financial service company that focuses on food and agriculture financing, recently released its 2020 Alcohol E-Commerce Playbook. The institution estimated that, in the United States, online alcohol sales reached $2.6 billion (USD) in 2019, growing 22 percent year over year. Those online alcohol sales lag seriously behind alcohol sales via online grocery stores, which grew 115 percent during the same period. 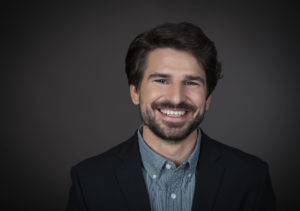 “Even without coronavirus, this was going to be the fastest growing channel for beverage-alcohol, period.” —Bourcard Nesin, RaboBanks’ RaboResearch

The report highlights to what extent alcohol producers and stores are missing out on the sales that ecommerce can generate. It’s not only a call to action for those who have yet to enter the space, it’s also a look at the challenges those already in the space must confront. The biggest challenge is content management.

“Bad content and images will make someone less likely to buy a product,” says Bourcard Nesin, the researcher and analyst who put the report together for Rabobank’s RaboResearch group. He cites the entry for Korbel California Champagne on Walmart’s website as an example of not doing it right.

The content surrounding an alcoholic beverage on an ecommerce site is what grabs a consumer’s attention, because alcohol companies aren’t allowed to pay retail websites for placement and search rankings. Legally, search rankings need to be organic for alcohol. Good content is the best way to get traffic to a website and to a brand on a website.

Another piece of advice Nesin has for alcoholic beverage companies is to invest in employees that focus on ecommerce. He thinks it’s time for companies to hire three or four times more people than current online sales would suggest, because they need to prepare for rapid growth down the road.

“Even without coronavirus, this was going to be the fastest growing channel for beverage-alcohol, period,” he says. “Companies that aren’t prepared aren’t going to be able to implement the institutional transformation that’s needed to get the brand’s teams—the marketing teams, the account managers, and the whole organization—prepared to operate effectively in the ecommerce landscape.” 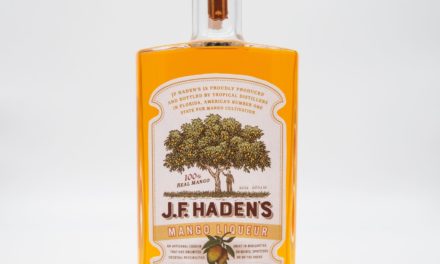 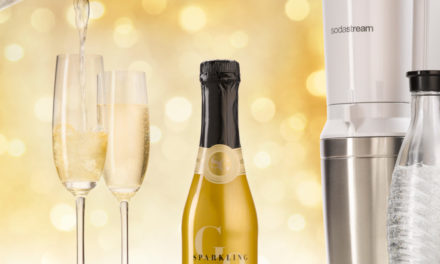 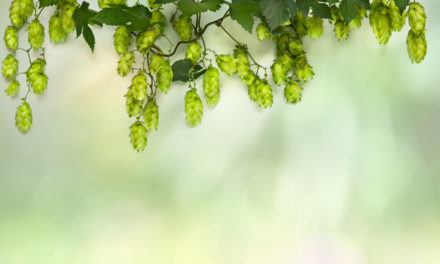 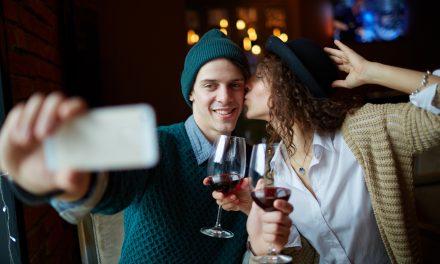 Inside Wine: Marketing to Millennials