Following a successful launch in 2017, Naked Grouse’s LiBARating Swap will return this September bigger and better, taking twelve of the most highly skilled bartenders from six of the ‘World’s 50 Best Bars’* on an exciting global exploration of flavours, cultures and cocktail serves, to ultimately challenge whisky convention.

The LiBARating Swap was borne in September last year in line with Naked Grouse’s philosophy to educate and inspire bartenders across the world on the unique potential of the blended malt in a less conventional way.

The swap, which sees two bartenders from each city switch with their peers in another city, is a once-in-a-lifetime opportunity for selected bartenders to trade places for four days and immerse themselves in an entirely new city to discover fresh ingredients, flavours and techniques that bring whisky mixology into a bold, unconventional future.

At the heart of this year’s swap is ‘The Future of the Whisky Serve’, an advocacy programme to train over 150 bartenders across the globe. Over the course of the four days, bartenders will host a workshop on the theme before jumping behind their host bar to create their own creations with inspiration from the seminars. The concept aims to engage bartenders around the world with Naked Grouse and encourage them to experiment with the blended malt, ultimately inspiring the next generation of younger whisky drinkers with new and exciting Scotch serves.

During their visit, each of the twelve bartenders will be immersed in the culture, sights, smells, tastes and experiences around them to experiment, inspire and create before carrying out a guest shift in their host bar. Bartenders will be challenged to concoct a unique series of quality cocktails during a guest shift using the Naked Grouse blended malt and local ingredients, putting their world-class bartending expertise to the taste test for local consumers.

Bar Swap returns after the success of its first year in 2017 which brought together eight bartenders from four cities famous for their cutting-edge bar scenes: Himkok in Oslo; Tjoget in Stockholm; East End and FRANK in Taipei; Kilo Lounge in Singapore and Asia’s number one bar – the Manhattan Bar, also in Singapore.

The bartenders took their passion and love for the craft to the next level, exploring the streets and hidden gems in a new city to find cocktail inspiration that represented the city they were visiting. Naked-inspired creations included the ‘Naked Vibe’, ‘Mad Dog, ‘Honey, Where’s my Manhattan’ and ‘No Pineapple in the Pine Forest’.

Elaine Miller, Global Marketing Manager at Naked Grouse, said: “Naked Grouse is founded on the ethos of being uncomplicated and unconventional and that’s what the LiBARating Swap represents. The recipe is simple – we invite some of the most talented bartenders in our global markets to explore a new city and use the inspiration that comes with that adventure to showcase innovative flavour explorations of whisky. It’s about investing in the experts who bring our whisky to life on a day-to-day basis through the art of mixology.”

Henry Philip, Global Brand Ambassador at Naked Grouse, added: “At the heart of Bar Swap, there is an ambition to propel the Naked Grouse brand across the world. The program was launched to encourage bartenders from the best bars in the world to share ideas, mix cultures, challenge convention and ultimately inspire more people to try Scotch whisky.” 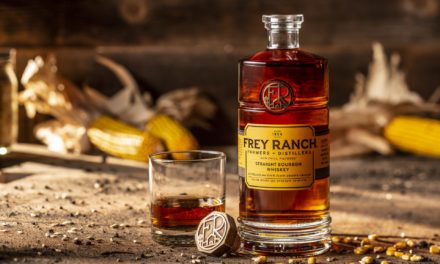 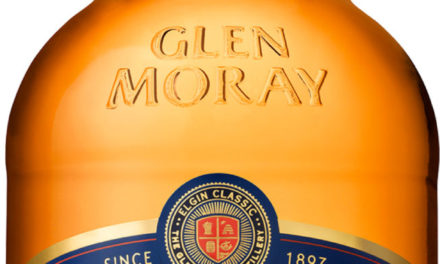