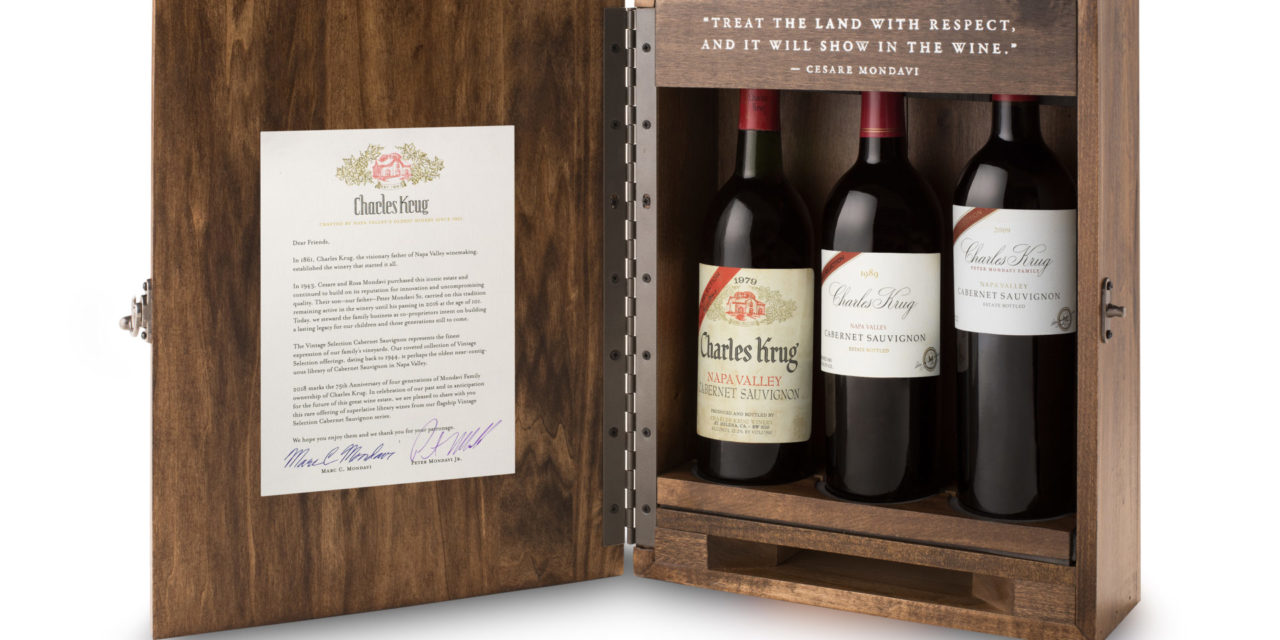 Wine can capture a moment in time just as beautifully and dimensionally as a photograph. Everything about the entire year that transpired prior to a wine’s harvest is funneled into a 750 mL time capsule, which then waits to be analyzed and appreciated at a later date. When opened, the winemaker’s art is revealed, and the wine lover’s patience is rewarded. For fans of Charles Krug Winery in Napa Valley, the wait is over, as it recently announced a second release of library wines from its coveted collection of Vintage Selection Cabernet Sauvignons, some of which date back to 1944. 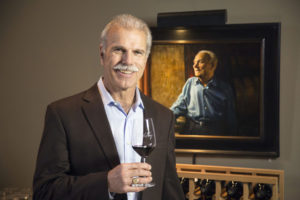 “The Library Release collection provides insight into what was happening during three distinct decades at the winery—from the winemakers working in the cellar at Charles Krug, to vintage conditions affecting the wine, to what was in vogue for label and bottle designs.” —Peter Mondavi, Jr.

Charles Krug first released its Vintage Selection Library Collection in 2018, to commemorate the 75th anniversary of the Mondavi family’s acquisition of the historic winery. “My grandparents, Cesare and Rosa Mondavi, bought the [Krug] property in 1943, but their first vintage was 1944,” says winemaker Peter Mondavi Jr., the third-generation proprietor of Charles Krug. “They bottled what they labeled ‘Vintage Selection’ cabernet, typically only in a good or great year.”

Vintage Selection Cabernet Sauvignon became the Peter Mondavi Family flagship wine, and he’s glad his grandparents squirreled away bottles in the library over time—although, he notes, it was in somewhat of a sporadic fashion.

Housed at the historic St. Helena estate, the oldest in Napa Valley (dating back to 1861), this collection of close to 10,000 bottles may well be the oldest library of cabernet sauvignon in all of Napa.

Charles Krug remains a family-owned winery today, producing top of the line Napa Valley wines under the direction of Peter Mondavi Jr. and his brother, Marc Mondavi, who steward the family business that was passed to them by their father, legendary Napa Valley wine icon Peter Mondavi Sr. The family is now welcoming members of the fourth generation into the business.

Peter Mondavi Jr. chose three vintages for the 2019 limited edition wooden case: 1979, 1989, and 2009. All three are 100 percent Napa Valley cabernet sauvignon. “This collection of wines, taken as a whole, tells a thoughtful story about the Napa Valley and our family’s great estate,” says Mondavi Jr. “The Library Release collection provides insight into what was happening during three distinct decades at the winery—from the winemakers working in the cellar at Charles Krug, to vintage conditions affecting the wine, to what was in vogue for label and bottle designs.”

Of the 1979, Mondavi Jr. recalls it was done in primarily Yugoslavian oak, back when Yugoslavia was still a country. “Dad had used this oak for a while and liked it. We had a lot of moisture that year, and a heat spell hit in mid-September, accelerating harvest. Then, a sub-tropical storm hit, causing botrytis.” The alcohol is 12.75 percent, the TA 0.61, and the RS 0.14. The original tasting notes describe the wine as having “a soft bouquet and flavors of berry and spice. This is a balanced wine with good structure and a lingering finish.” Mondavi Jr. says this vintage also contained a tiny amount of merlot, which the other two in the collection do not. 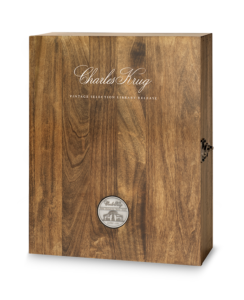 In 1989, the elevage was done in mostly French oak, and the fruit was from a single vineyard, Slinsen Ranch, which Peter Sr. purchased in the 1960s. It’s near the Veteran’s Home in Yountville, on the western end of the Mayacamas range. “When Dad bought land in the ’60s and ’70s, Napa wasn’t planted out to vineyards like it is today. Land was used for pears, chickens, turkeys, even apples. It wasn’t until much later that grapes became the number one crop.” He adds that “Slinsen” was the name of the family who owned the land before the Mondavi family acquired it. “Many vineyards in Napa still bear the names of the prior owners.”

The winter of 1988/89 was drier than “normal,” with about 75 percent of typical rainfall. Bud break was early, followed by a cool, wet spring, but perfect weather for bloom made for a robust crop. A long, cool summer provided excellent ripening conditions. This wine has an alcohol of 13.5 percent, a TA of 0.65, and a pH of 3.37; no RS is given. Tasting notes read “classic garnet color with rich aromas of cedar and fruit, complemented by toasty oak. Medium full bodied, its soft fruit and supple tannins add to a long, elegant finish.”

The tasting notes for the 2009 cabernet provide a helpful overview of the vintage: “2009 started as an ideal growing season but overall rainfall was still below average. Summer weather held mild and steady. October brought a pair of strong storms that dumped enough rain to worry growers. In spite of October’s surprise weather that required fast and furious picking of reds, all signs point to an excellent vintage.” This wine reflects the heat wave of October with an alcohol level of 15.4 percent, TA of 0.60, pH of 3.78, and RS of 0.09. The tasting notes further tell us the wine has “Aromas of cocoa, black cherries and warm spices meld together with baked fruit and smoky toasted oak.” The wine is described as silky and full-bodied with red currant flavor, displaying elegant balance and structure.

Mondavi Jr. makes a point about the storage history of these wines. “Provenance is critical. All the wines have been stored the entire time at the winery.” 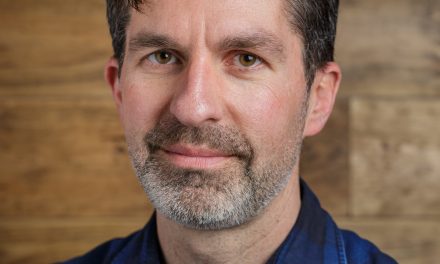 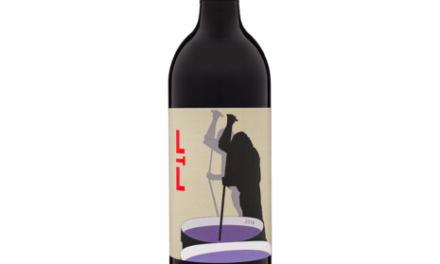 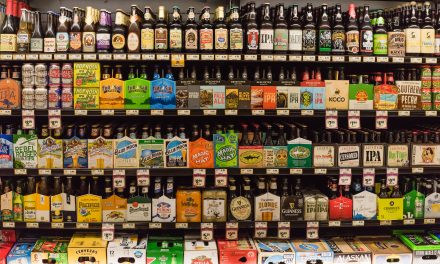