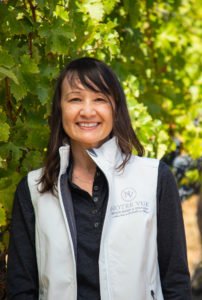 “We are thrilled that industry veterans of this caliber will be joining our operation,” remarked Bob and Renée Stein.

Jennifer Yukimi Tusa has spent the last two decades at Clos du Bois in Geyserville in a range of hospitality roles. Born in Japan and raised in Sonoma County, she graduated from San Francisco State University with a degree in political science. She also holds a language degree from Kyoto University of Foreign Studies. She is certified as a member of the Court of Master Sommeliers; she has been a certified tourism ambassador for Sonoma County since 2014. Fluent in Japanese, Yukimi Tusa is very active in community activities in the Sonoma County wine business as well as in philanthropic groups including Sutter Santa Rosa Regional Hospital Health, Sonoma Land Trust, Redwood Empire Food Bank and the Golden Gate Japanese Tea Association. When not at work she teaches Japanese Tea Ceremony at Santa Rosa Junior College, spends time doing floral arrangements, assisting in running a pie shop as well as with her young nephews. 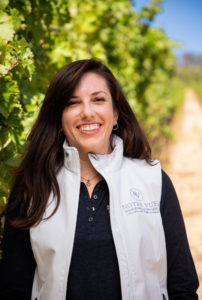 Alexandra Reynolds holds the WSET Level 3 Diploma and is currently working on the Diploma Level certification. For the last four years she has worked in hospitality and management roles at Merry Edwards Winery in Sebastopol. Born and raised in Los Angeles, she graduated from the University of Denver, Colorado, with a degree in sociology. “I am excited to use my wine knowledge to emphasize the unique aspects of the Estate as well as the unique character of our small production wines,” she said. When Alexandra is not at work she enjoys relaxing with a good book in her garden, practicing yoga and hiking in Sonoma County.

Patrick Hamilton most recently served as vineyard manager at the Massa Estate Organic Vineyards in Carmel Valley and Arroyo Seco. Born and raised in Texas, he graduated from the University of California, Santa Cruz, with a degree in ecological horticulture. He has worked for Rangeland Wines in Paso Robles, Flowers Vineyard in Cazadero, Ridge Vineyards in Healdsburg, Gabriel Farm in Graton, Turtle Vines in Sebastopol and several other farming operations in Texas, Oregon, Washington, Louisiana and Virginia. “In this complicated and trying vintage our goal is to provide the highest quality fruit for our clients and our estate winery. The challenges of farming in a grape/wine glut, a pandemic, an economic recession, unprecedented lightning storms, heat waves and the resultant fires add layers of complexities I never foresaw, yet am excited to overcome. In the future, I hope to bring more sustainable and organic practices to the vineyard in order to build in more resiliency with a focus on always improving grape quality,” he said. He lives with his beautiful bride, Ruthanne Tucker Hamilton, and their new infant, Sophia, in Forestville and enjoys gardening and preserving the bounty of fresh fruits and vegetables. 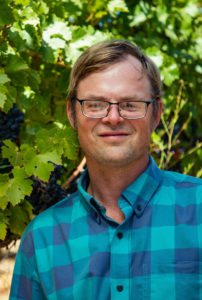 Founded in 1992 by Bob and Renée Stein, Notre Vue Estate produces Notre Vue and Balverne wines from its estate vineyards. Encompassing both the Chalk Hill and Russian River appellations, the estate consists of 710 acres; 250 acres are planted to 18 varietals including Chardonnay, Viognier, Sauvignon Blanc, Pinot Noir, Malbec, Syrah, and Cabernet Franc, and 350 acres are preserved as “Forever Wild.” The estate vineyard General Manager is Douglas Lumgair; the winery’s Digital Marketing Manager is David McCluskey. The estate sells grapes to many distinguished wineries in the North Coast under its grape sales division, Windsor Oaks.

Located at 11010 Estate Lane in Windsor, the winery welcomes visitors by appointment at 707/433-4050, www.NotreVueEstate.com. Notre Vue offers an assortment of tastings, tours and experiences in its outdoor venues, the Lakeside Pavilions and Block 23 Terrace, which look out over the estate’s lake, its rolling hillside vineyards and in the distance, its Forever Wild land preserve. 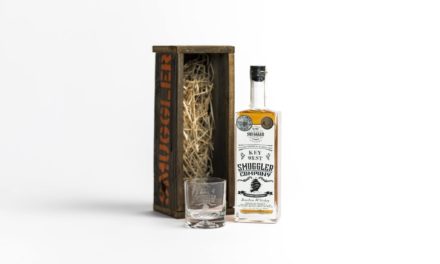 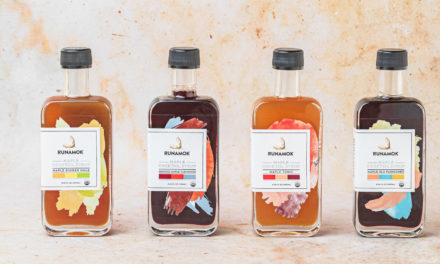