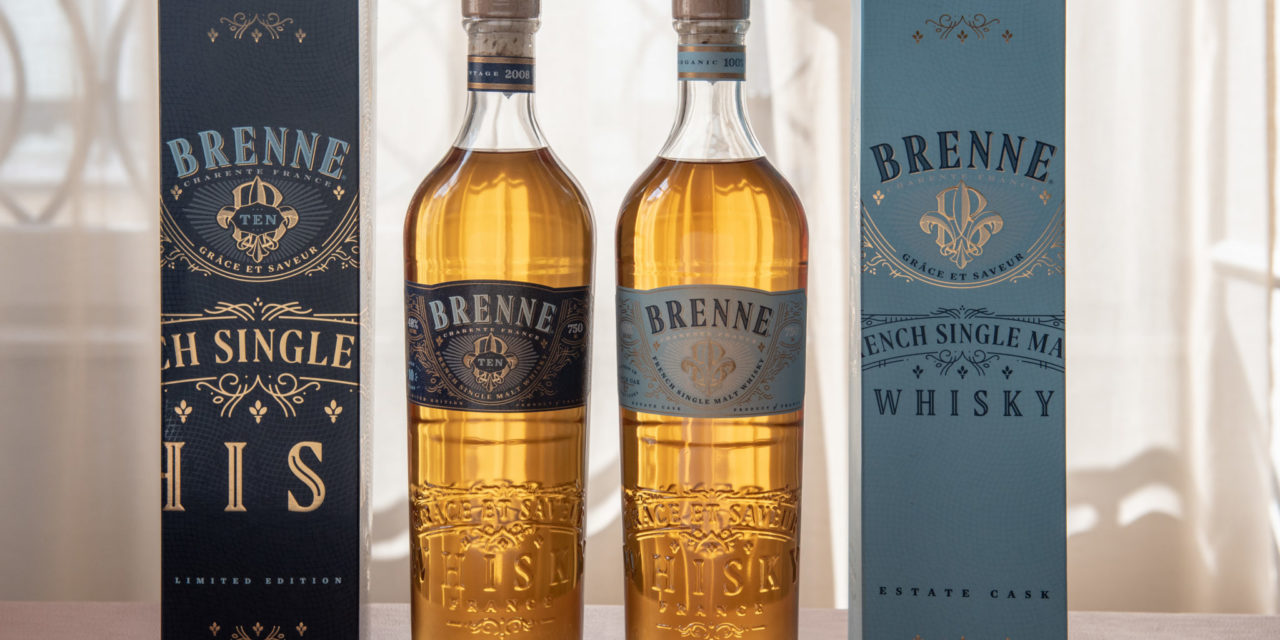 With the launch of Brenne Whisky in 2012, founder and entrepreneur Allison Parc created a seed-to-spirit, terroir-focused French single malt, bringing a completely new style to the rapidly-emerging world whisky segment. The original Brenne Whisky label was inspired by the blue window shutters and doors found at the distillery in Cognac, marking a departure from a more traditional color palate across the whisky industry. The design continues to reflect the brand’s classic French aesthetics to further establish the premium standing and equity of its product.

The evolved bottle design captures the liquid’s distinctive French flair and changes include proprietary glass, an embellished and contemporary typeface, and a laser-etched custom cork top. A stylized fleur-de-lis adorns the label and both bottles are embossed with the words “Grace Et Saveur,” translating to “Grace and Flavor.” Also found on the label is a nod to Charente, a department in southwestern France named for the Charente River, from which water is sourced to create Brenne. Both variants include a new neck tag that clearly communicates their 100% organic claim, while the vintage year is also displayed on the neck of the annual release, Brenne Ten. For the first time, both are available for purchase in an elegant giftbox.

“When I started Brenne, a majority of my focus and our financial efforts were put towards creating something beautiful, unique, and distinctive in the liquid itself,” says Allison Parc, founder and president of Brenne French Single Malt Whisky. “After five years of successful year-over-year growth and a consumer base who reflects back to us daily their love of Brenne, the time was right to invest in elevating our outside visual experience to match the quality on the inside. Working closely with suppliers and designers, we reimagined every detail of the spirit’s packaging from the top down and did so without increasing our prices.”

BRENNE ESTATE CASK
(40%ABV, 750mL, 80 Proof, $59.99 SRP)
Brenne Estate Casks is the first single malt in the word aged exclusively in French Limousin oak and cognac casks. Brenne Estate Cask is twice distilled in a copper alembic still and aged for a minimum of six years. The whisky has perfumed fruit aromas and notes of French patisserie with creamy and complex sugar notes of rich creme brûlée and burnt caramel. On the palate: notes of banana, tropical fruits, and warm spices like cinnamon and clove.

BRENNE TEN 2008 VINTAGE
(48%ABV, 750mL, $99.99 SRP)
Brenne Ten is an annual release produced seed-to-spirit in Cognac, France. A marriage of about four different hand-selected barrels, the spirit is distilled in an alembic Charente still and aged for a decade in a combination of new French Limousin oak and Cognac casks. Brenne Ten shares the Estate Cask’s DNA but features a deeper, striking richness. On the palate, this whisky often features a creamy fruit-forward taste with notes of dried fruits, chili spice, and dark chocolate.

About Brenne French Single Malt Whisky
Launched in 2012, Brenne Whisky founder and president Allison Parc delivered the first cases of Brenne Estate Cask, the brand’s flagship expression, via Citi Bike to local retailers and restaurants. Brenne is now sold in all major markets and in top bars throughout the United States, France, United Kingdom, Holland, Taiwan, and India. Brenne Estate Cask and Brenne Ten have been recognized at Whisky Magazine’s Icons of Whiskey 2016 and 2017, World Whiskies Awards 2016 and 2017, and Wizards of Whisky Awards 2015. Additionally, Parc was named World Whisky Brand Ambassador, USA, at Whisky Magazine’s Icons of Whisky in both 2017 and 2018, remaining the only woman to have ever received this recognition. For more information, visit BrenneWhisky.com, and follow the brand on Instagram at @BrenneWhisky. 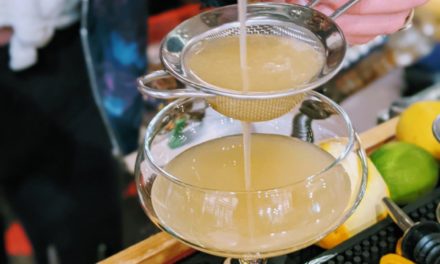 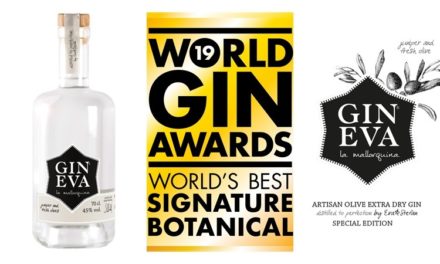