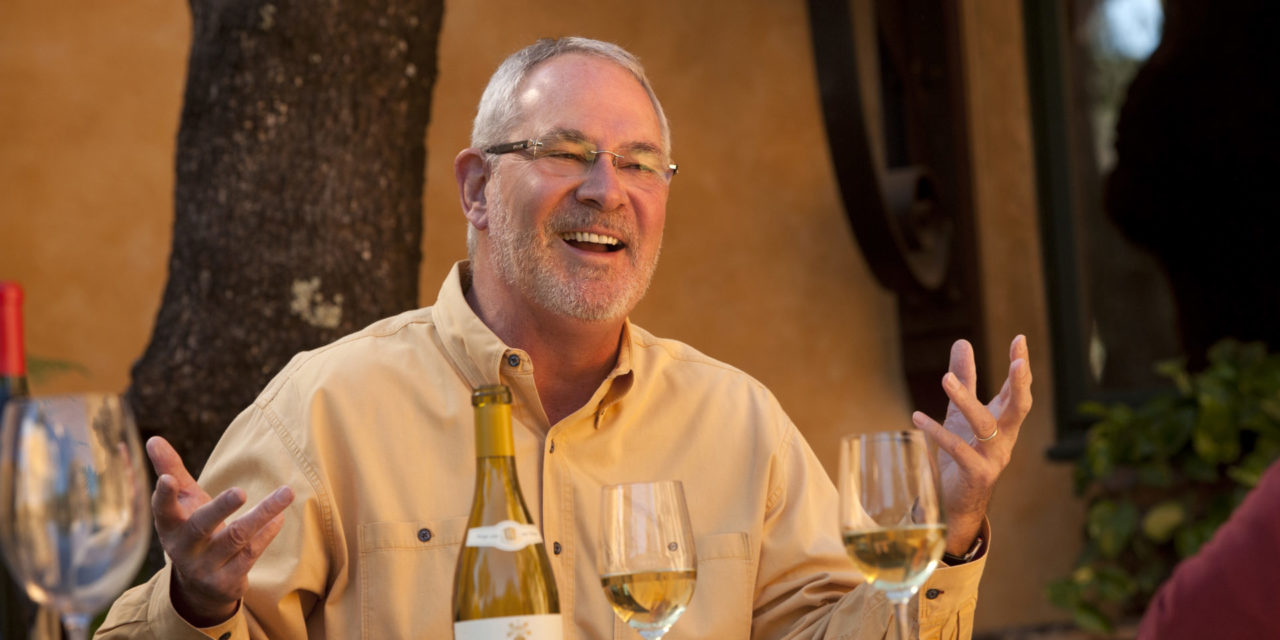 David Ramey is among the wine industry’s most well-known and admired winemakers. When it comes to chardonnay, he could be the Archbishop. After obtaining a bachelors degree in literature at UC Santa Cruz, he decided, instead of pursuing a teaching career, to follow his heart to UC Davis to study winemaking. But before he could enroll, he needed some chemistry classes, which he took at San Jose State. While at UC Davis, he studied with the likes of Cathy Corison, David Graves and John Kongsgaard: mostly liberal arts degree holders who would all go on to become winemaking legends.

After obtaining a masters degree in enology in 1979, Ramey interned with Jean-Pierre Moueix in Bordeaux, then spent time in Australia at Lindeman before taking a job as assistant winemaker at Simi for four years. From there, he was named winemaker at Matanzas Creek, where he stayed for five years. Once again, Petrus beckoned, and he returned there for a year, in 1989, the same year he married his wife, Carla.

In 1990, he became winemaker at Chalk Hill before founding Ramey Wine Cellars in 1996. He served as vice president and winemaker at Dominus Estate for two years, then left to become director of vineyards and winemaking with friend Lesley Rudd at Rudd Estate. Striking out on his own in 2002, He purchased his first vineyard in 2012 and, in 2013, his daughter Claire joined the winery. Ramey’s Sidebar Cellars debuted in 2014, and his son, Alan, joined the family winemaking affair in 2016.

Laura Ness for Spirited (LN): You studied literature at UC Santa Cruz. What were some of the authors that most fascinated you?

(LN): How did you get into studying and learning about wine?

(DR): I first started drinking wine during a study summer in Spain—they served red wine at breakfast! Then I started visiting Bargetto Winery in Soquel while at UC Santa Cruz, and visiting Sonoma and Napa counties with friends on weekends. Next I began reading wine books.

(LN): I think you were on a long drive between Mexicali and Hermosillo in Mexico to teach English when you had the realization that what you really wanted to do was make wine. Were your parents relieved when you decided to study chemistry at San Jose State?

(DR): They were never very communicative. And remember, back in 1974, wine wasn’t the big deal it’s become. Most people found my passion and career choice…odd.

(LN): What were some of the fundamental winemaking lessons you learned while at Petrus in Bordeaux?

(DR): Don’t add acid to merlot or the other Bordelaise varieties; native yeast and bacteria work; about three weeks on the skins is good for a vin de garde (wine meant to age); egg white fining clarifies and polishes the wine; barreling “hot” just out of the fermenter helps integrate the oak; enjoy wine with food at both lunch and dinner—just not too much. 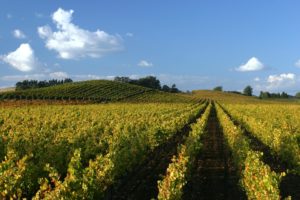 “Hyde vineyard chardonnay is special because of the low vigor soil, the relatively cool climate that’s cooled by ocean air via the Petaluma Gap, the multi-selected Wente selection, and the care and attention of Larry and now his son, Chris.” —David Ramey [Photo Credit John McJunkin]

(LN): How did you become so obsessed with chardonnay?

(DR): Even starting out in 1980 with Zelma Long at Simi, chardonnay and cabernet sauvignon were the top varieties. As I moved jobs, from Simi to Matanzas Creek to Chalk Hill to Rudd, I always made chardonnay, except at Dominus—though that’s when we started our own label—with chardonnay! I’ve been able to puzzle some things out about making chardonnay over the decades, so that the wines were good. I guess some folks started noticing.

(LN): What can you tell us about the Hyde Vineyard, which you chose for your first vintage of Ramey wines? What makes it so special?

(DR): Growing grapes is a cyclical business. Right now, there are too many grapes, but in 1996, there were very little surplus fruit. I knew Larry [Hyde] because I’d bought his semillon to go into the Matanzas Creek sauvignon blanc. When I asked him for fruit, he had none for sale—but he “stole” some for me out of a sparkling wine block. He left it on the vine for me. Aside from that, Hyde chardonnay is special because of the low vigor soil, the relatively cool climate that’s cooled by ocean air via the Petaluma Gap, the multi-selected Wente selection, and the care and attention of Larry and now his son, Chris.

(LN): When you joined Matanzas Creek, did you change the house style that Merry Edwards had established?

(DR): I did, in several ways. For the merlot, I stopped adding tartaric acid to the juice and wine, which gave a softer, plusher mouthfeel, more in line with a Pomerol. For the chardonnay, over three vintages, I went to full malolactic fermentation. We tasted my controlled experiment in 1986—same juice, half malo, half non—with Gerald Asher, and he much preferred the malo sample. This was right after I’d returned from my first visit to Burgundy, so I was an easy convert.

(LN): How would you describe what makes the Chalk Hill wines unique?

(DR): At least when I was making them, I’d credit the full Burgundian method and native yeast. We were doing 50,000 cases of native yeast Chard every year. The soil and climate are good, too—not to warm, not too cool.

(LN): You seem to prefer old Wente clone – how would you characterize its attributes? 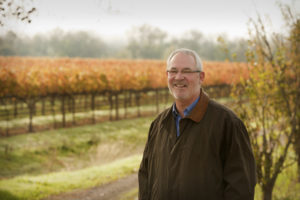 “I’ve been able to puzzle some things out about making chardonnay over the decades, so that the wines were good. I guess some folks started noticing.” —David Ramey [McManus Photography]

(LN): What other clones of chardonnay have you worked with?

Is anyone planting Robert Young, or are most new chardonnay vineyards now Dijon clones? I find the Robert Young selection—or its UC Davis clone, 17—which is a Wente selection without the hen and chick berries [shot berries; millerandage], to be low in acid and don’t prefer it anymore.

Other new plantings are often Dijon clones—our Rochioli blocks are—but many plantings are still Clone 4, which has a lot to recommend it, including high yield, sugar, and acid. In a not overly vigorous site, and handled well, it makes a very nice wine.

Master coopers are artisans, as are winemakers. The relationship is based on trust—you can’t look at the grain of a new barrel and say, “This is Allier,” or, “This is Tronçais.”

Percent new oak for each wine is developed with time and experience, just as learning how much salt to add to your sauce. We use about half the new oak we used to use in our chardonnays now, but more in our reds.

(LN): Why is merlot so widely dissed in the US? Do you still make it?

Seriously, Sideways sideswiped merlot. Now I feel it’s making a bit of a comeback. You know, I think it was last year, the Washington Winegrowers Association asked the author of that book, Rex Pickett, up to address their conference. I think he likened it to being Daniel in the lion’s den, because merlot is quite big in Washington. Then he said, if he were writing the book now, he’d use pinot noir in that famous sentence. At the time, there were a lot of lousy merlots, but they’ve been weeded out (so to speak), while these days there are many examples of mediocre pinot noir.

(LN): Do you think the Russian River is the best place in California for chardonnay?

(DR): I would never say that. Good chardonnay can be grown anywhere along the California coast where a break in the Coastal range lets the fog through, from Anderson Valley to Santa Barbara County. I do think that the Russian River Valley AVA provides an almost perfect balance of cool nights and warm days. Folks like a bit of richness along with crisp acidity.

(LN): What vineyards in the Sonoma Coast are most exciting right now?

(DR): To us, it’s the Martinelli Charles Ranch on Bohan-Dillon Road. Planted in 1982 by Carolyn Martinelli’s father, Mr. Charles, it’s on the second ridge in, just even with Flowers. It’s now the sole source of our Sonoma Coast bottling, to which we’ve added the new Fort Ross-Seaview AVA.

(LN): Do you think chardonnay’s popularity will ever wane?

(DR): I don’t. It’s the most compelling white wine in the world. It’s the red wine of whites for two reasons: barrel fermentation and malolactic fermentation. That provides the complexity and richness that folks keep coming back to.

Ramey Wine Cellars is located at 25 Healdsburg Ave. in Healdsburg, Calif., and is open for tastings by appointment, Monday through Saturday, at 10:00 a.m. or 2:00 p.m. (excluding holidays). Tastings last approximately one hour. Fee is $50 per guest. Customized or private tastings are available starting at $75 per guest. For information and scheduling, please email info@rameywine.com or call (707) 433-0870. 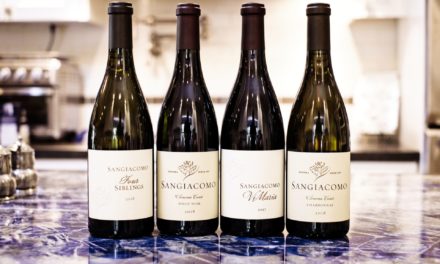 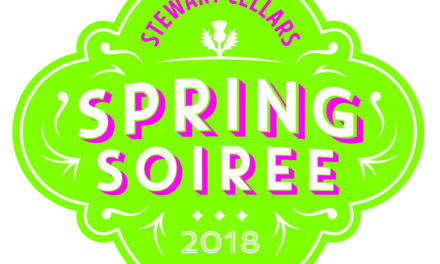 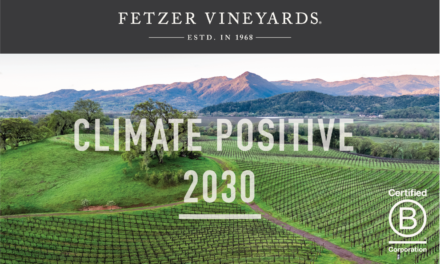 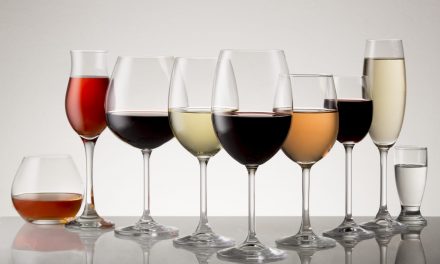