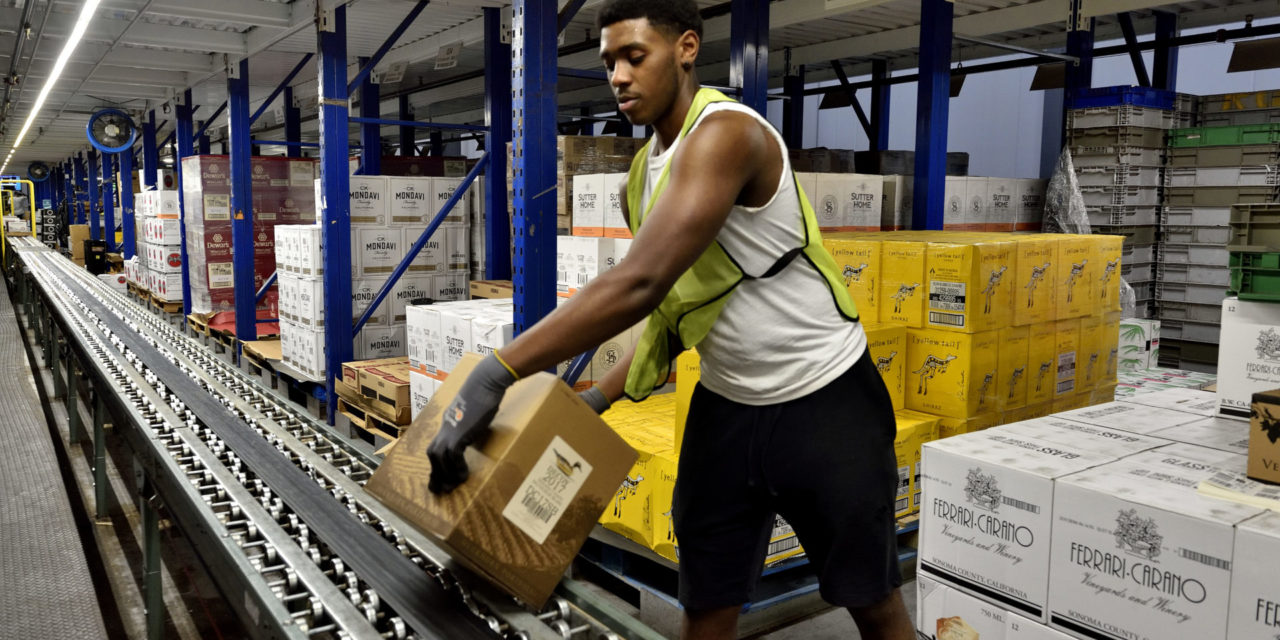 Every severe weather event, from record winter snowfall and spring flooding in the Midwest to hurricanes in the Southeast, creates a challenge for alcohol beverage producers and distributors to ensure uncompromised delivery to global markets. In response, companies are using tracking technology, careful handling, and drink-specific solutions to overcome the effects of severe weather. 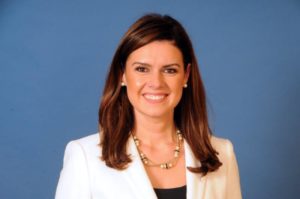 “Increasing capacity for transporting alcohol to our distribution centers involves leveraging all possible modes of transportation, [including] over the road, rail, boxcar, and ocean.” — Stephanie Silvestre, Southern Glazer’s Wine & Spirits

The technology includes devices and apps that track GPS, temperature, and humidity, as well as cooling side panels in transport vehicles and insulated cargo blankets. “Increasing capacity for transporting alcohol to our distribution centers involves leveraging all possible modes of transportation, [including] over the road, rail, boxcar, and ocean. Establishing a healthy diversification of modes over the past few decades has given us the ability to respond to changes in our business,” says Stephanie Silvestre, senior vice president, supply chain for Southern Glazer’s Wine & Spirits, the largest alcohol beverage distributor in North America. “[We’ve been able to] start up new markets in a matter of months [and] manage annual holiday volume [as well as] changes on import tariffs.”

According to Silvestre, an anticipated driver shortage in the next few years will further impact shipping and transport challenges. She explains that many drivers are in their late 50s and early 60s and are set to retire. “ As the U.S. market grows in areas like online shopping, the demand in the over-the-road industry also grows—but without additional drivers to meet the need. As a result, everyone in the trucking industry is being challenged with growing costs,” she says. “Like every other company, we’re always looking for ways to mitigate that exposure.”

In recent years, a high number of hurricanes, wildfires, winter storms, and regional warming trends have been attributed to climate change (defined as a long-term shift in weather patterns that occurs across 30 years or more). 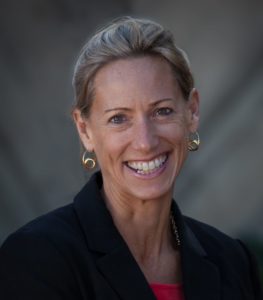 “Dramatic weather events have been extremely disruptive for the supply chain, and having really robust risk management is the way to prepare for it.” —Alison Leavitt, Wine and Spirits Shippers Association (WSSA)

“Dramatic weather events have been extremely disruptive for the supply chain, and having really robust risk management is the way to prepare for it,” says Alison Leavitt, managing director of the Wine and Spirits Shippers Association (WSSA is a not-for-profit shippers’ association that negotiates shipping contracts on behalf of more than 600 importers, exporters, and distributors in the wine and spirits industry).

Leavitt says WSSA has been offering solutions to cope with severe weather for years. These include the Winter Wine Program, which ships wine in an economic standard container during ocean transit (temperatures are usually moderate over the ocean). The wine is then loaded into a heated trailer at a warm weather arrival port in the Southern United States. The cost is substantially less than shipping overland in a temperature-controlled container (TCC).

WSSA also offers insurance to compensate its members in the event of a loss of product, but climate change has affected even established measures like these. “Serious weather on the high seas calls for the diversion of ships, and there have been missed port calls when it’s too dangerous to dock,” says Leavitt. “[With Hurricane Dorian], we saw the destruction of an entire port at Freeport in the Bahamas.”

WSSA sends regular news bulletins, weather updates and alerts, labor and strike updates, and conducts webinars to help its members avoid delays and loss. “We’re in constant communication to help our members plan,” says Leavitt. “Wine importers are at greater risk, depending on what preservatives are in the wine and the makeup of the wine, because high heat can compromise wine quality. It’s important for wines to stay cool.” 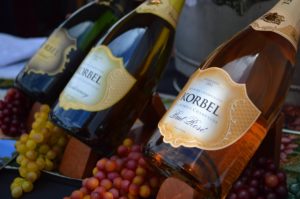 Korbel Champagne Cellars, headquartered in Northern California’s Russian River Valley AVA, ships all its California champagne and California brandy in insulated trailers, containers, or refrigerated trucks, says Margie Healy, vice president of communications for the company. “Cooling units don’t need to be running, as the trucks are well insulated,” she says. “If the truck or container isn’t insulated, we use Astro Cooler side panels to insulate the side walls. And [we] place a Protek insulated cargo blanket on top and below the freight to maintain the [product’s] temperature en route to its destination.”

Beer near and far

Successfully transporting beer means keeping it cold, but not too cold. It takes a skilled hand to set up a “cold chain,” in which beer moves between refrigerated production, storage, and distribution without a break in temperature. A best practice for time-sensitive drinks like fresh-hopped beer is bottling or canning at the last minute, with trucks lined up at the warehouse door. 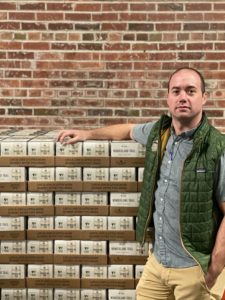 “That magic number adds to shelf life and longevity,” he says. “As beer warms up, carbon dioxide tries to escape suspension. Any oxygen that’s in the finished packaging will be absorbed into the beer.” Because of this, Willard explains, Two Beers keeps its beer “close—in the Pacific Northwest, including Washington, Oregon, and just a little bit of Idaho.” He adds, “We don’t own our own freight trucks. We work with second- and third-party shipping companies. We often use temperature and location tracking [technology] to make sure the beer stays in good condition.”

Willard further explains why transporting Two Beers’ Fresh Hop IPA requires a higher level of logistics planning: “You have a 24-hour window to pull down the hops and get them into the beer,” he says. “We can’t use wilted and bruised hop vines. The [beer’s] shelf life is less than 90 days, but we try to keep that closer to the 60-day mark.”

Cider, says Willard, is the opposite of beer. It’s more shelf-stable, but requires special wintertime efforts to keep it from freezing. “You don’t want the cans to break or the seals to buckle,” he explains.

During winter months, Seattle Cider ships its product in refrigerated trucks set at 60°F. “We package cider in 16-ounce tall-boy cans, which have a bigger surface area that can be damaged compared to 12-ounce cans. We corner guard them, wrap them properly, and place shipping sheets over them. This helps minimize the effects of multiple handlings,” he says.

Surly Brewing in Minneapolis, Minn., also keeps much of its beer local, says Will Crosby, vice president of operations. Within its home state, Surly uses its own trucks and drivers, providing specific instructions with regard to temperature and destination. Surly also ships beer to eight states that surround Minnesota, including North and South Dakota, Iowa, Missouri, Colorado, and Arizona, as well as Winnipeg, Canada. The company uses trusted independent carriers for out-of-state transport. “Winnipeg is a 7-hour drive,” says Crosby. “As long as we have everything—in terms of following regulations—set up in advance with the province, there are no major delays.” 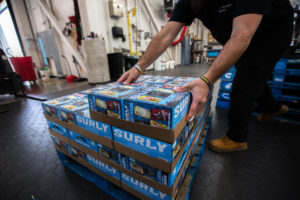 Transporting Wet, Surly’s American IPA, has to be planned out months ahead of time. “Once a year, in September, we get 3,600 pounds of Citra hops from Washington state to make Wet. They come in a refrigerated truck with 24 hours to get to us. We brew this fresh-hopped beer in two days. It has a 45-day shelf life. As soon as we start packaging, we get it loaded onto trucks,” says Crosby.

To facilitate speedy delivery, he continues, Surly makes sure Wet is 100 percent allocated months in advance. “We don’t know when [the hops are] coming in—that depends on the harvest. We usually get a week to two days notice. We prepare by booking distributors in advance for the two weeks between brewing and packaging,” says Crosby.

A cooperative recovery following an unexpected loss can help a company gather data to determine product availability. Andrew Vermilion, vice president of replenishment and logistics for Southern Glazer’s Wine & Spirits, says the company brought its highest-level managers down to Lakeland, Fla., after an October 2019 tornado. 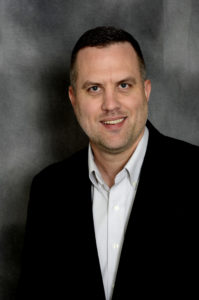 “Our Lakeland distribution center sustained impact from the tornado. A section of the roof [was damaged], but, luckily, the damage was localized.” —Andrew Vermillion, Southern Glazer’s Wine & Spirits

“Our Lakeland distribution center sustained impact from the tornado. A section of the roof [was damaged], but, luckily, the damage was localized. Due to the heroic efforts of our local and corporate teams, we were able to continue to ship to and service our customers throughout Florida with little disruption,” says Vermilion.

The tornado hit at midnight on a Friday night. “Our logistics team sprung into action right away. We looked into diverting rail cars to an outside schedule. We staged orders a little bit differently. We spread out delivery over five days instead of four days,” says Vermilion. Fortunately, many of Southern Glazer’s high-value spirits are very shelf-stable and survived the event in good condition.

Silvestre adds that Southern Glazer’s large size helped the company remain nimble. “We have 15 people in logistics nationally and 7,000 people working in our warehouses. We were equipped to divert incoming loads to other warehouses and hold back other loads as needed,” she says.

WSSA’s Leavitt says smaller producers or distributors can manage risk by banding together. “Last year [2018] was the biggest loss year for insurance companies,” she says. “They raised the rates for insuring transport. In addition, several insurers went out of business. [WSSA] kept rates low because our group added customers. Since we had more customers in the pool, rates remained the same.”

Leavitt adds that high-end producers and distributors can also manage risk by using trackers to verify their products were transported in the right conditions. “There are large-volume sellers who very rarely ship in refrigerated trucks. People in the high-end market may want to share how expensive beverages were transported. They can do so more easily now,” she says.

The price for devices that monitor heat and humidity using simple sensors and storing the information on flash drives has substantially decreased. “Soon we should see the price go down even more, and the capabilities of these sensors develop even further,” says Leavitt. 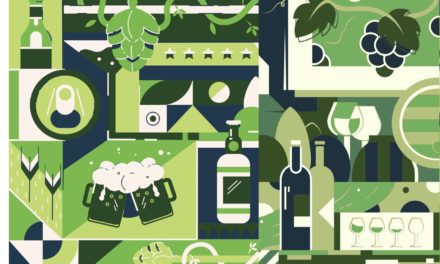 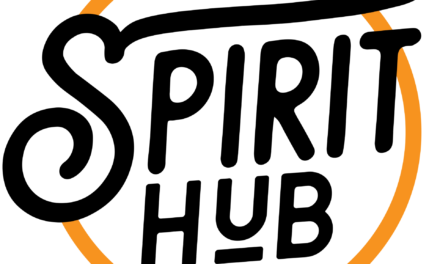