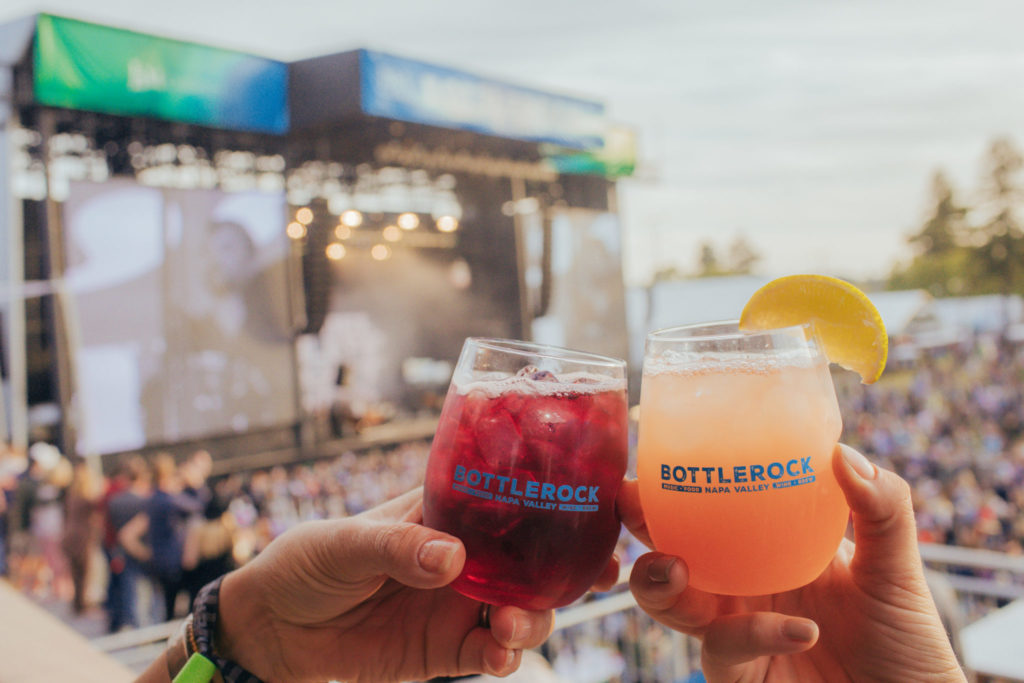 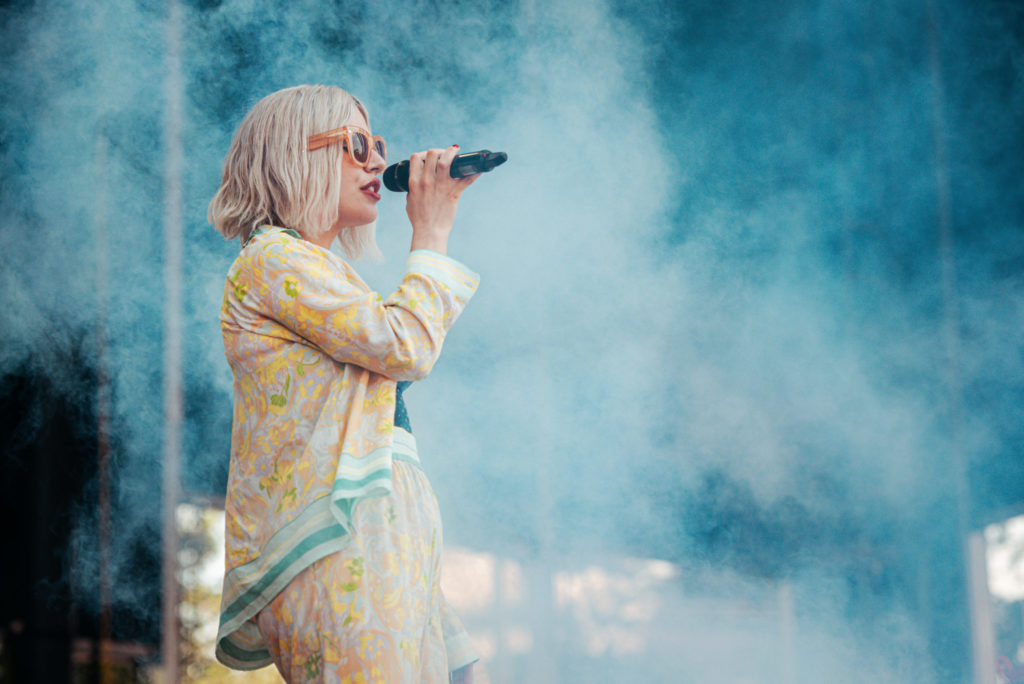 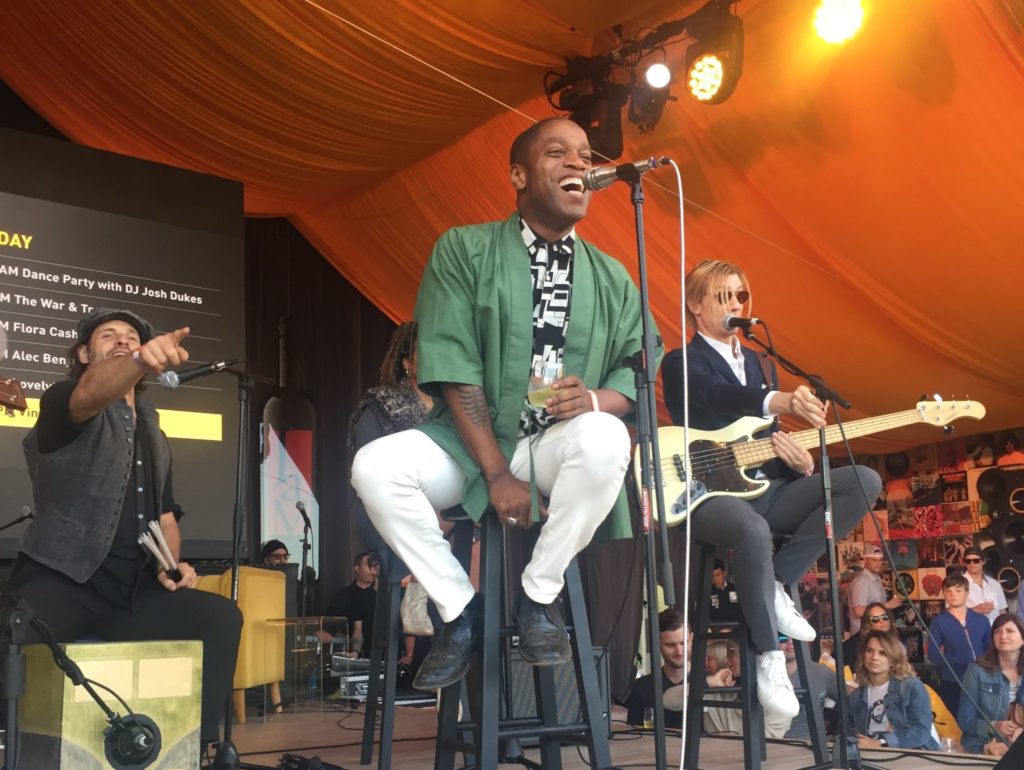 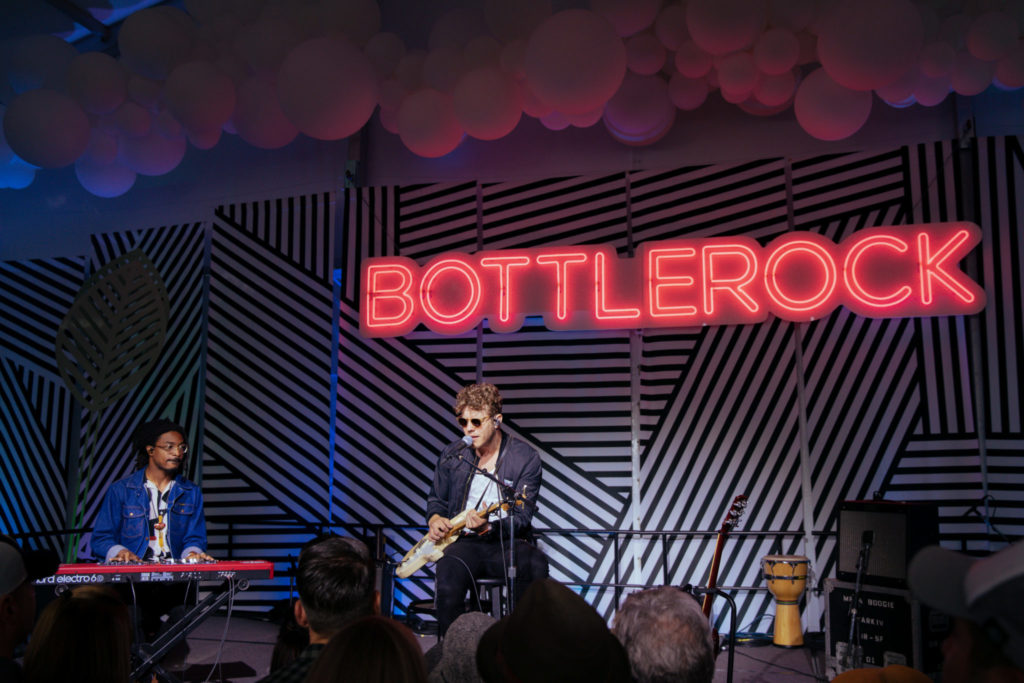 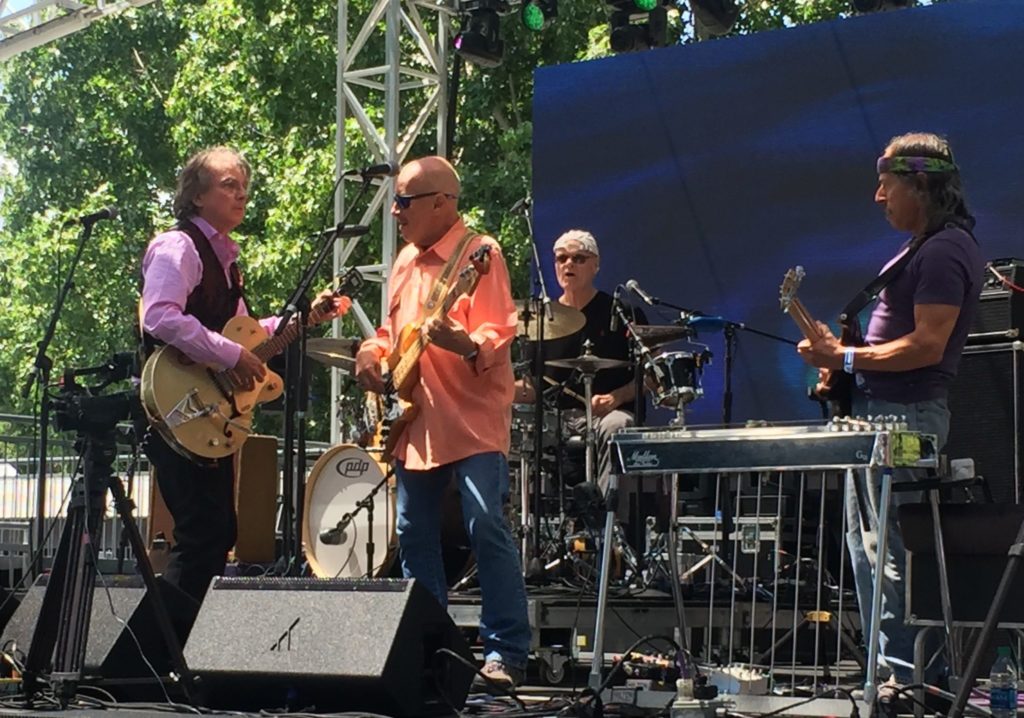 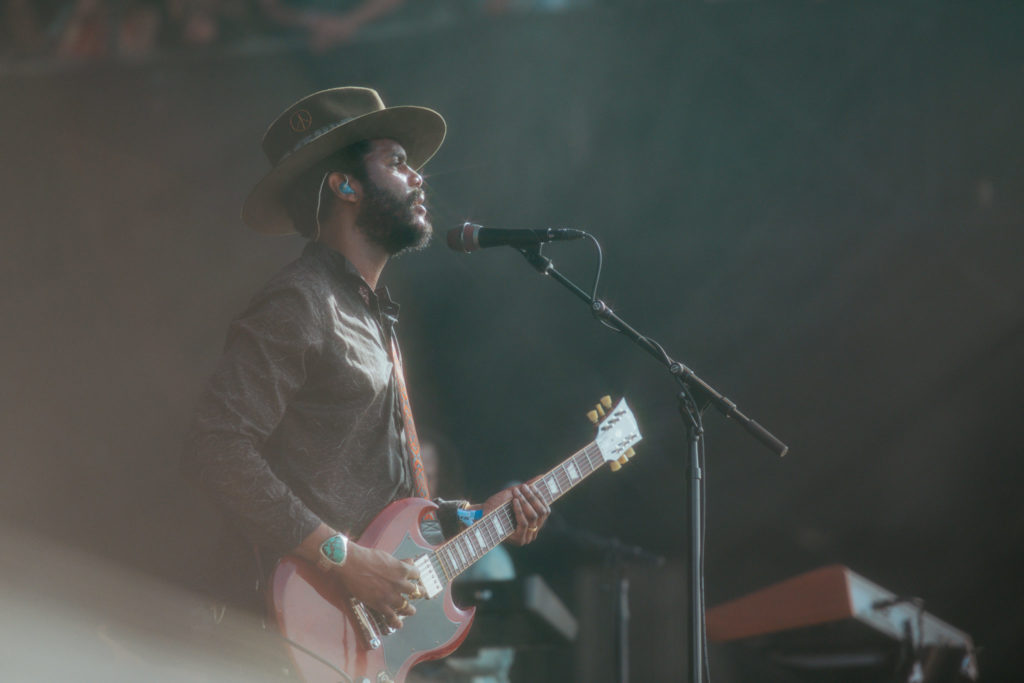 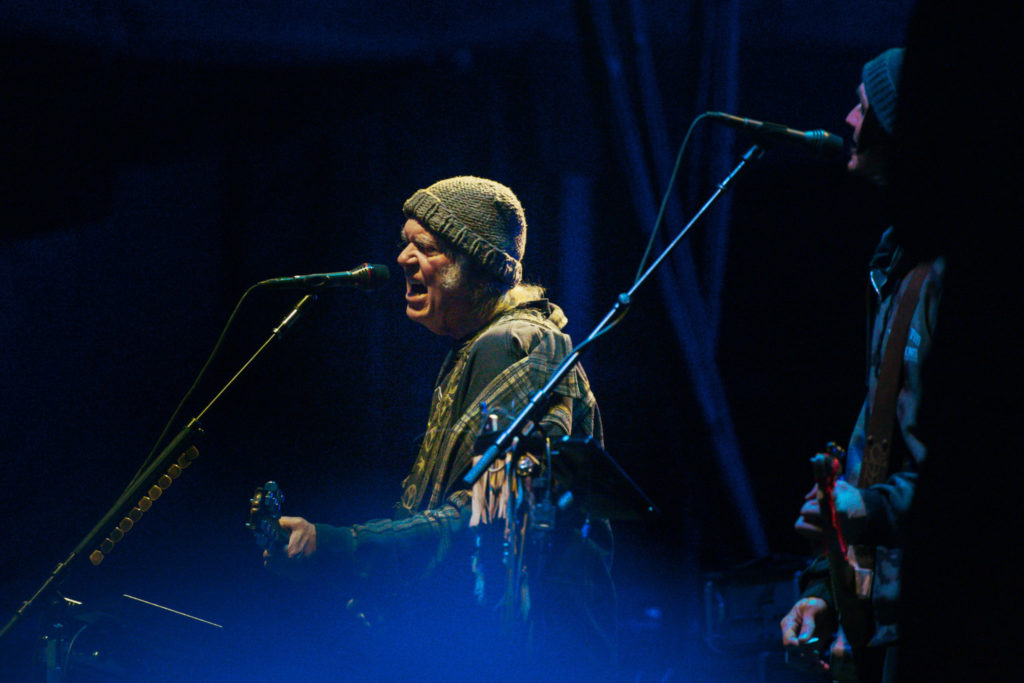 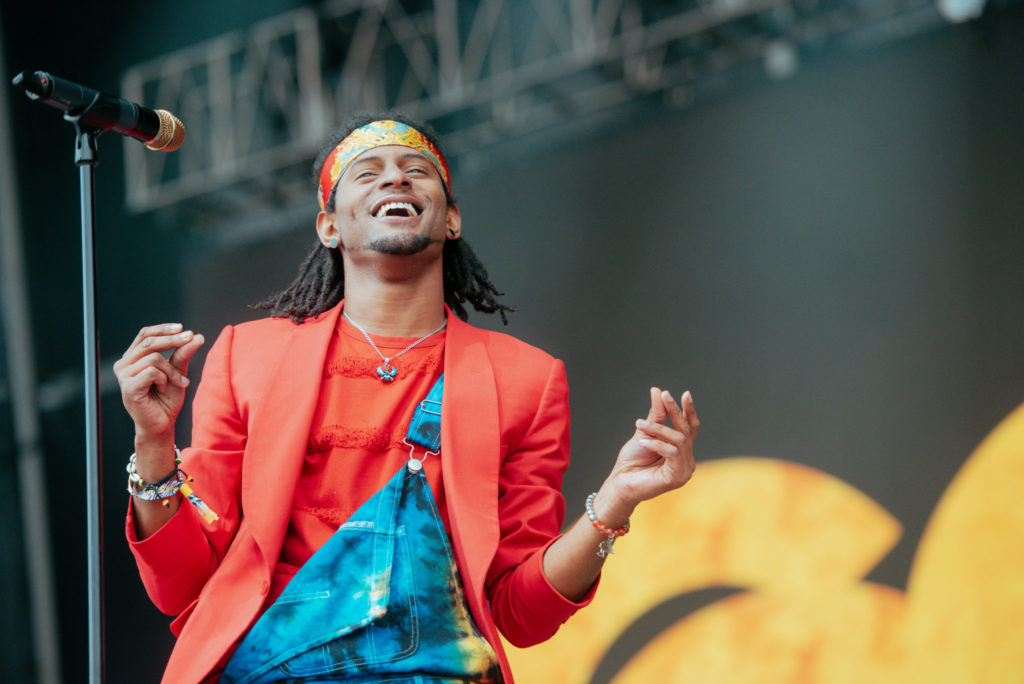 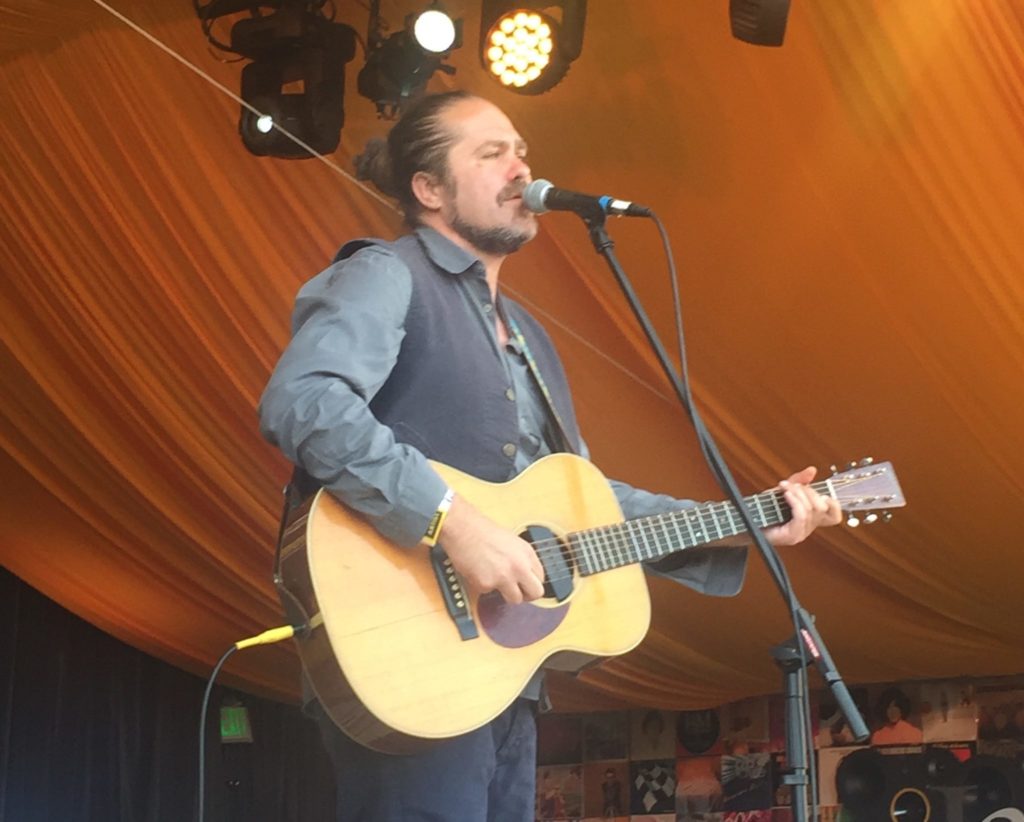 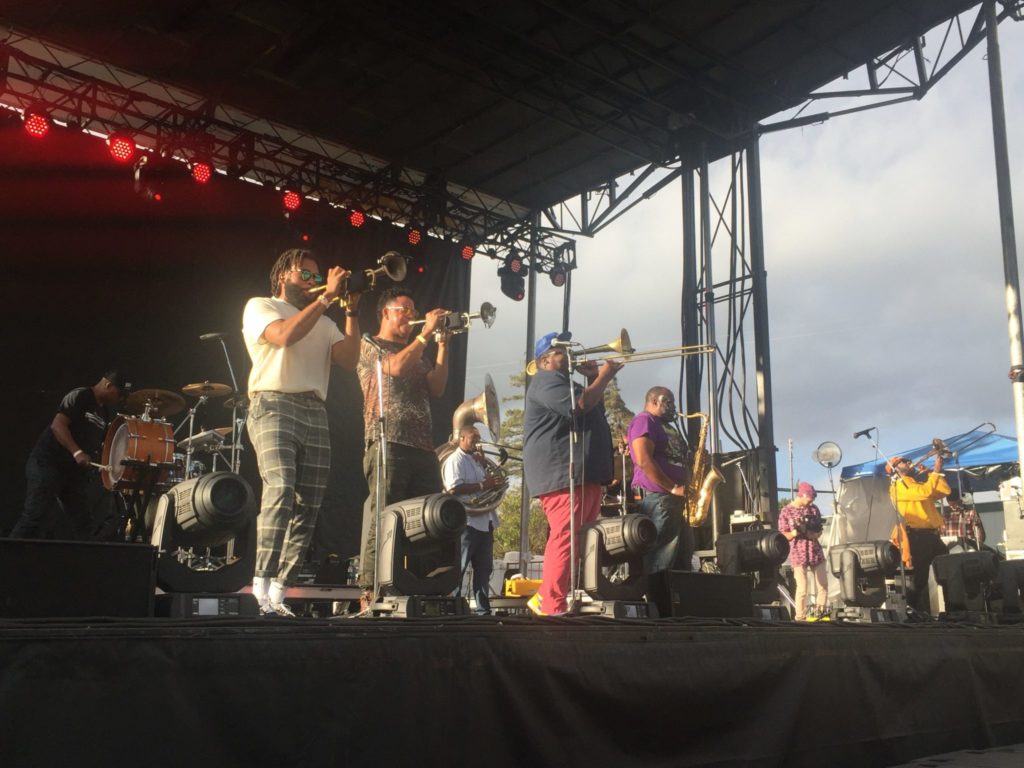 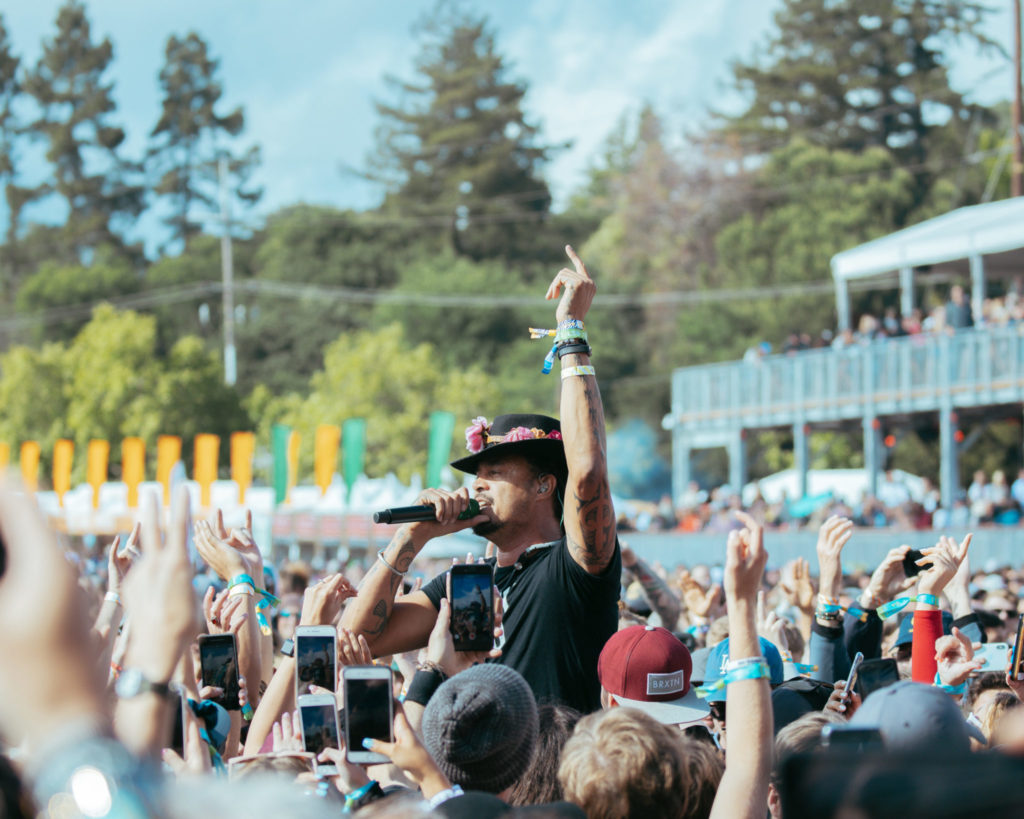 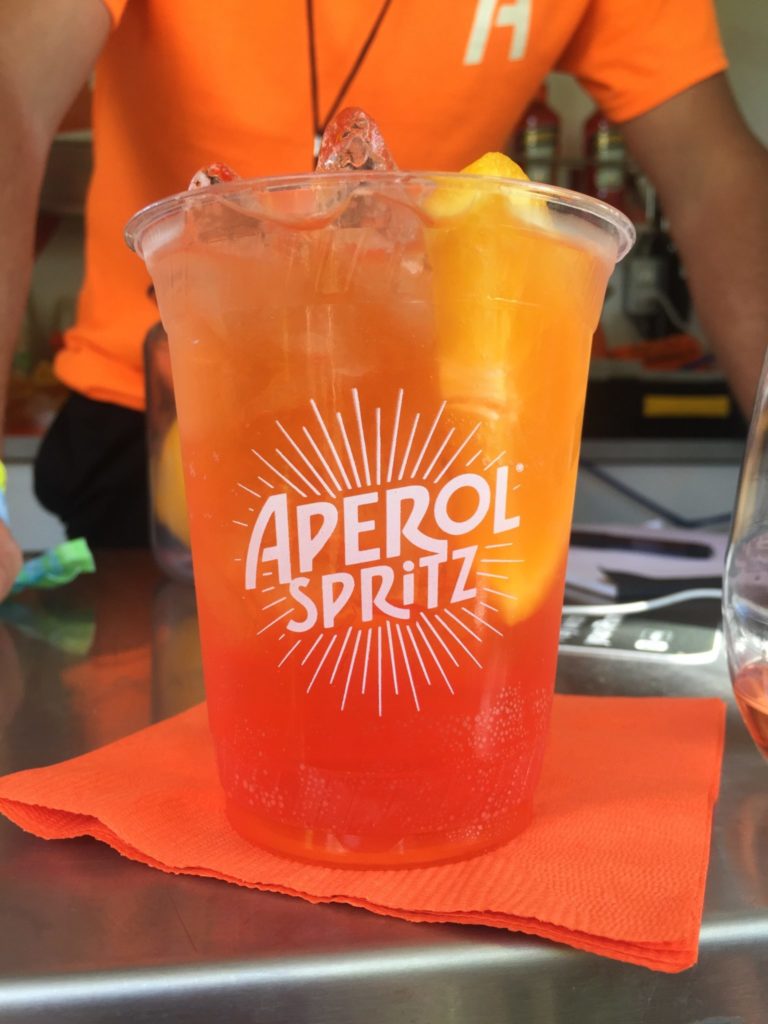 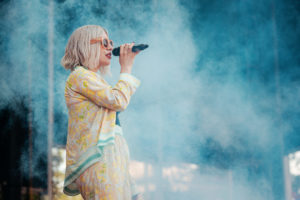 The seventh annual BottleRock Napa Valley wrapped up Memorial Day weekend with all sorts of delicious moments. And while it bills itself as the “first taste of summer,” Spirited is more focused on the sips. The three-day, sold-out festival saw 40,000 fans daily, with four main stages, a silent disco, the Williams-Sonoma Culinary stage, a porta-party (yes, a party hidden behind the restrooms near the Bai stage), a spa, food trucks, local chefs, and loads of top-notch spirits, wine, and beer. What better way to welcome warmer weather? Here’s a quick wrap-up in true Spirited fashion, pairing some of our favorite libations and performances.

The ethereal-sounding duo that makes up Flora Cash has yet to reveal the meaning behind the band’s name. One of the first acts to perform on Friday, we thought it appropriate to start off with some Schramsberg sparkling wine—a classic beginning to any type of gathering. 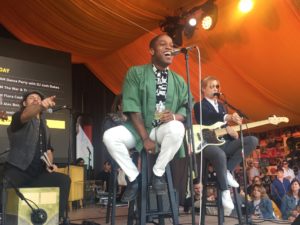 Vintage Trouble has the perfect name for this festival, and the perfect vibe, since the rock/R&B/soul group is known for its energetic live performances. How about a Hendrick’s Jubilation gin and tonic to go with that? Putting those two together causes an unshakable urge to smile. 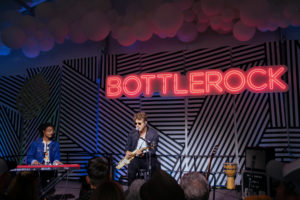 Anderson East’s soulful songs and husky voice are a perfect match for Magnolia Brewing Company’s Cloud Cover, especially when you think of his tune “This Too Shall Last” and that the brew bills itself as a hazy double IPA. We’ll take a couple of those doubles, thanks. 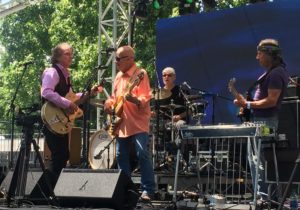 One of the Bay Area’s favorite psychedelic jam bands, Moonalice definitely calls for a pairing with JaM Cellars’ California Candy Rosé, because why not pair some jams? To top it off, Lester and Dylan Chambers joined in the groove and performed “Train to Jordan” and “Time,” to end the set. 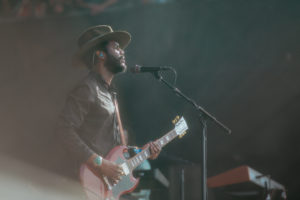 Gary Clark Jr. has the blues, rock ‘n’ roll, and guitar solo stuff that’s reminiscent of Jimi Hendrix, yet with his own style and dangerous grace. This calls for something dark and dreamy (why not, the guy is easy on the eyes, too), like Heretic Brewing Company’s Chocolate Hazelnut Porter. 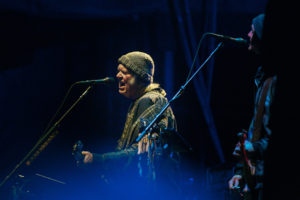 Neil Young and Promise of the Real is a pairing in itself, and the result didn’t disappoint, with a mix of newer tunes and old favorites that had the crowd singing and swaying along. Turns out, we stumbled across Duckhorn Merlot on the way to the set—an old favorite that continues to shine. 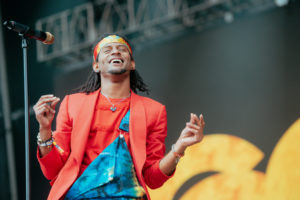 San Francisco’s Con Brio (which translates in Italian to “with spirit”) is a high-energy mix of soul, rock, and R&B, complete with singer Ziek McCarter’s mesmerizing dance moves. They started off the festival’s last day with a bang—which calls for a Milagro Piña, a mix of silver tequila, Ancho Reyes verde liqueur, pressed pineapple, lime, and sumac chile salt. Yes, they both have a kick. 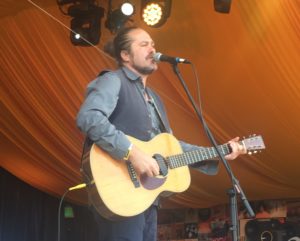 Citizen Cope’s sound is made up of a mix of genres wrapped in virtually irresistible drum and bass licks and introspective lyrics. It’s a heady mix that’s put him on the charts by mostly word of mouth. One of his first widespread songs is “Bullet and a Target.” So why not enjoy something with a little Bulleit whiskey with that? It seems many fans agreed, as they sported Bulleit’s orange bandanas all weekend. 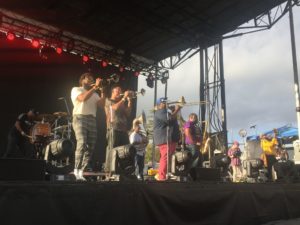 Straight out of New Orleans, the Soul Rebels funky brass sound brought out the boogie to anyone listening. During their sound check, the band gave a shout out to its favorite local brewery, Lagunitas. Luckily, the brewery’s selections were on tap right on site. 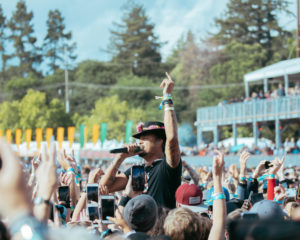 Michael Franti’s positive, infectious sound and vibe was so strong on Sunday that the sun broke through the clouded sky right before his set, bringing “The Sound of Sunshine” to life in more ways than one. Earlier in the week, we spoke with the folks at Aperol Spritz (a cheerful mix of Aperol and Prosecco), who said it was he who they were most excited to see. It was a sound and taste of sunshine meant to be.

Cheers to everyone who makes BottleRock what it is—from producers to performers—we look forward to it every year. 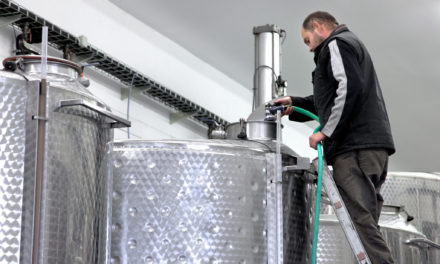 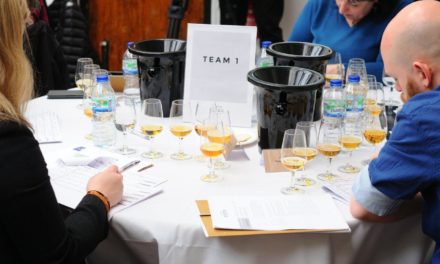 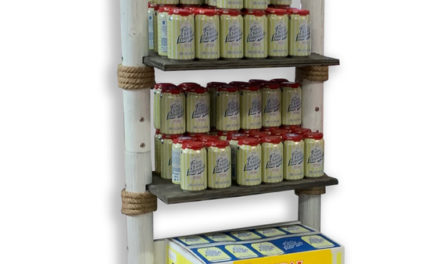