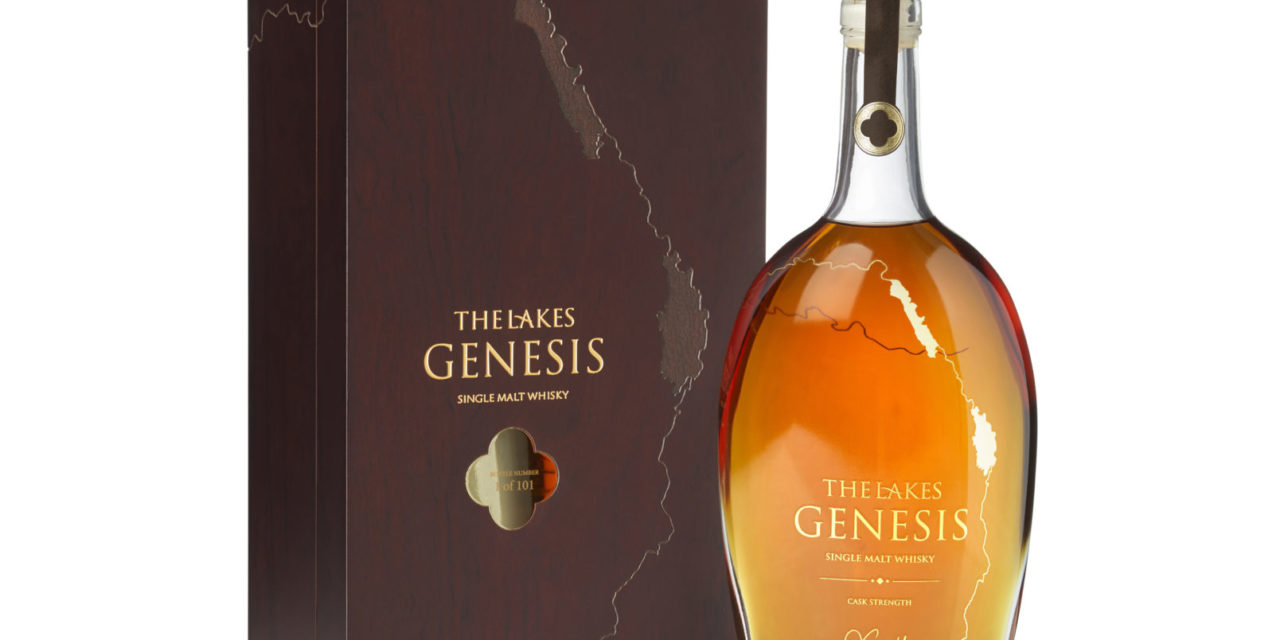 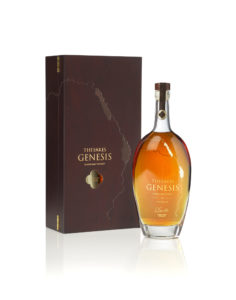 A bottle of three-year-old single malt whisky is set to break the record for the most expensive English whisky sold at auction, an historic moment which will confirm the country’s young industry as an authentic new world challenger to the established distilleries North of the border.

The Lakes Distillery is to auction 99 of its first bottles of single malt whisky, with bottle number one expected to go for several thousand pounds.

The Lakes Single Malt whisky, called Genesis, is being sold at cask strength in a bespoke rosewood presentation box, each individually numbered and hand signed by Dhavall Gandhi, the Whiskymaker. Genesis comes from the Greek word meaning origin. The name pays homage to the distillery’s beginning, and gives a tantalising glimpse into its future.

Nigel Mills CBE, Chief Executive Officer of The Lakes Distillery, said: “We have gathered an exceptional team of experts here at the distillery, all with their own specialities, who have all been working towards this important milestone in our history, where we can finally call our spirit whisky. Our whiskymaker has worked tirelessly to ensure that The Lakes Genesis single malt whisky is world class.”

Operations Director and Whiskymaker, Dhavall Gandhi, explained the key components of creating Genesis: “The whisky was first matured in Oloroso hogsheads giving it a vibrant character full of dried ginger and wood-spice. After the initial period of maturation, the whisky was finished in casks made-up of American and European oak to add a layer of dried fruit and vanilla. Finally, these two components were married together in Orange wine casks from the Andalucía region of Spain, giving it a spicy and chocolate-orange character.

“We don’t just bottle our whisky because it is three years old; instead, I look at each cask to assess them individually until I find the right flavour profile. We have reached a peak for some casks and that is why we are releasing a limited number now.”

Paul Currie, Founder and Chief Operating Officer of The Lakes Distillery, said: “We believe that our whisky making philosophy ensures obsessive attention is paid to the areas of the process which contribute towards flavour delivery, the key to great whisky. Our range of individually specified oak casks, combined with the skill and artistry of our whiskymaker, deliver a whisky which elegant, but full of complex sherry-led flavours.”

Alan Rutherford OBE, Chairman of The Lakes Distillery, said: “Our expectations for the auction are very high because we have gathered a very large following and there’s a lot of interest in the products we are bringing forward. Genesis will be very limited in its supply and very interesting in its quality and so we predict that the first bottles will set a record for English whisky at auction.”

The auction, which will be hosted on http://www.whiskyauctioneer.com, starts on Saturday 29th June and will run until 12 noon on Tuesday 10th July.

Sean McGlone, Managing Director of Whisky Auctioneer, said: “We are absolutely delighted to be involved in the sale of The Lakes Distillery’s new release; Genesis. As an auctioneer, the only thing that excites us as much as old whisky, is a brand new one. Alongside the rest of the whisky world, we have been watching the distillery with great anticipation. So, to now see its progress come to fruition is really exciting.

“Whisky Auctioneer is dedicated to the provision of a first-class service and expertise to our buyers and sellers, and we feel that this, coupled with the fantastic product The Lakes Distillery has bottled, will help us achieve a record-breaking sale for an English single malt.”

The distillery was founded with money from a group of North of England based investors. A further 2,435 investors supported the Distillery in a round of crowd funding on Crowdcube six months ago, raising £1.62million.

In addition, 2,975 whisky lovers joined an exclusive Founders Club, giving them the opportunity to enjoy a 70cl bottle of The Lakes spirit every year for 10 years.

The Distillery, on the banks of the River Derwent, is already being featured on international lists as a global tourism destination, including being named one of ‘eight distilleries to see [in the world] before you die’ by World Whisky Day and being named ‘best distillery facilities in the world’ for the third year running at Spirits Business Magazine’s Global Distillery Awards 2018.

It was the only distillery in the UK, and only attraction in Cumbria, to be awarded the prestigious Gold Accolade by VisitEngland, and is already a Top Ten Lake District tourist attraction, with its tours, gift shop and Bistro receiving in excess of 100,000 visitors a year.

The company has produced the equivalent of 750,000 bottles of whisky, or whisky spirit to date. It has won numerous prestigious awards for its Gin and Vodka brands, as well as The One, the world’s only blend of British whisky, all on sale in high street outlets in the UK and in major export markets, including the Far East and Australia. 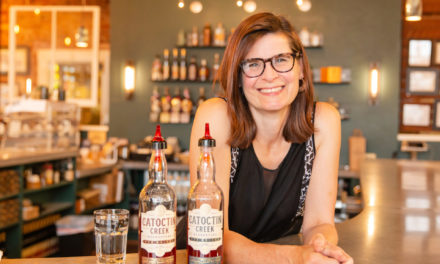 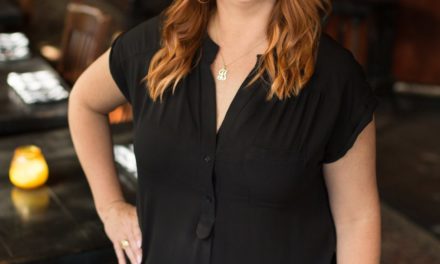