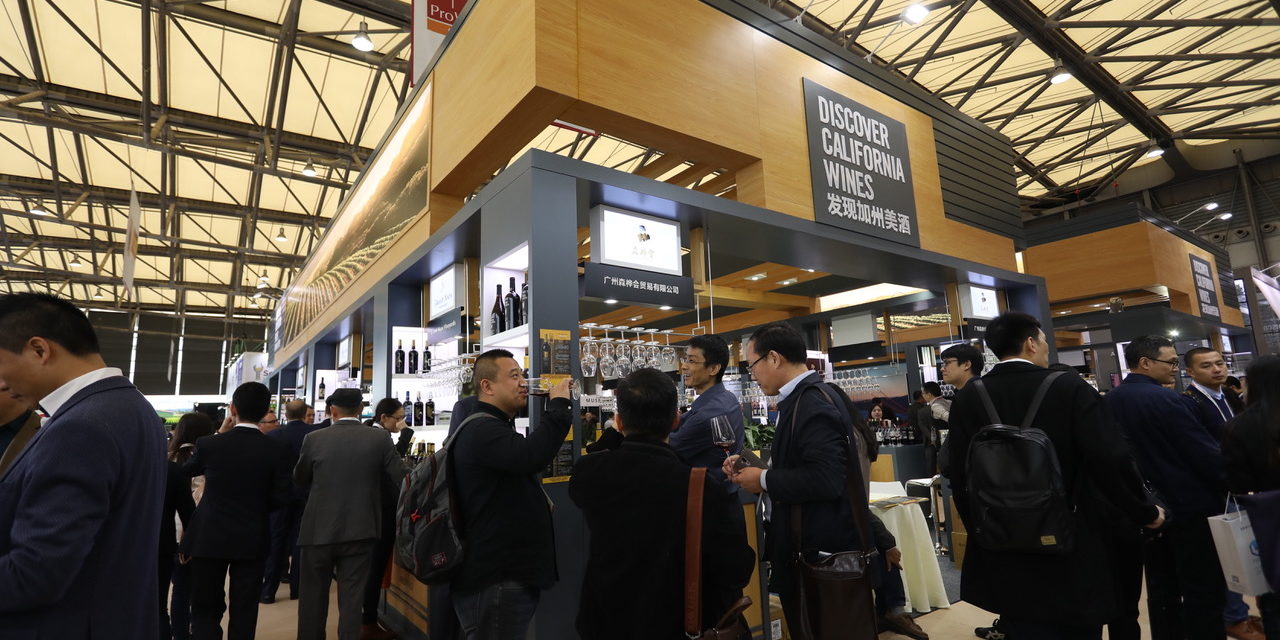 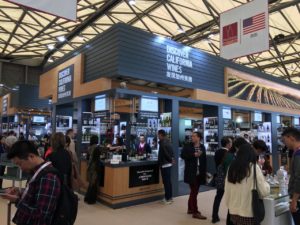 Earlier this year, President Trump imposed tariffs on a number of imported goods, ostensibly to protect American manufacturing jobs. Among the items and raw materials initially targeted were steel and aluminum. Predictably, the move drew criticism from U.S. trading partners, which led to quick negotiations and some leniency.

Europe, Mexico, and Canada were given temporary exemptions from those tariffs, but they’ve already been implemented for other countries, including China. The United States delayed an April 30 deadline to decide if the temporary exemptions would become permanent, leaving all industries touched by steel and aluminum in limbo.

Additionally, the United States and China have entered into a trade war, imposing tariffs on each other affecting billions of dollars in goods. Some of those tariffs directly relate to the alcohol beverage industry.

How did it get to this point? This timeline reveals how quickly things escalated.

March 22. The president imposed additional specific tariffs on China, affecting up to $60 billion worth of goods.

April 2. China imposed tariffs on approximately $3 billion in U.S. food and agricultural products, including wine and grape must.

April 3. The United States announced a proposed 25 percent tariff on about 1,300 Chinese products, including brewing equipment and can-sealing machines.

April 4. China responded with an additional 25 percent tariff on imports of 106 U.S. products.

April 6. China’s commerce ministry said the country would “follow suit to the end at any cost.” 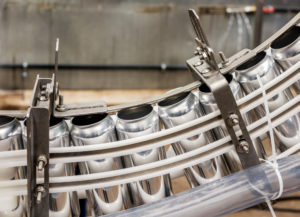 Effects on beer the industry

“Sixty percent of beer manufactured and sold comes in aluminum cans and bottles,” said Jim McGreevey, president and CEO of the Beer Institute, an organization that represents more than 5,000 brewers—and more than 2.2 million American jobs.

Although the tariffs didn’t go into effect until early April, the beer industry had already seen the price of aluminum rise significantly over the last year. In April 2017, President Trump launched the Section 232 Investigation on the Effect of Imports of Aluminum on U.S. National Security. “The tariff announcement was the culmination of that process,” says McGreevy of the 232 Investigation. “Since the initiation of that process, we’ve seen the price of aluminum double.”

McGreevy explains there are two components to what brewers pay when purchasing aluminum. The first is the London Metals Exchange base price that’s created daily based on the value of the metal at the closing of trade the day before. The other is the Midwest Premium, a shipping and handling fee for aluminum producers to get the metal to North America. The Midwest Premium isn’t created in an open market. Since March, says McGreevy, the beer industry has seen the Midwest Premium skyrocket: “We think producers are trying to take advantage of the tariff to raise prices to the end user.”

Aluminum is the largest input cost that brewers have when making beer. Even if consumers haven’t seen a significant price increase yet, the price of making beer has gone up dramatically. If the tariff exemptions for Europe, Canada, and Mexico disappear—and the president is giving no indication whether or not that will happen—the cost for brewers will go up even more.

The beer industry has also seen a negative impact from the steel tariff. In March, just weeks after the tariffs were announced (but not yet implemented), The American Keg Company in Pottstown, Penn., a company that uses only 100 percent domestic steel in the manufacturing of beer kegs, let go 10 of its 30 employees.

Company CEO Paul Czachor said in an NPR interview that, once the tariffs were discussed, the price of domestic steel started to go up. Since the tariff was imposed on raw steel and not steel kegs, “kegs from China quickly became less expensive than the ones made at the American Keg Company.”

The tariffs also more than cancel out the roughly $140 million in tax relief the beer industry saw from 2018 Tax Reform Bill. The new aluminum tariffs are costing the industry about $350 million.

“It seems the government gives with one hand and takes with another,” says McGreevy. 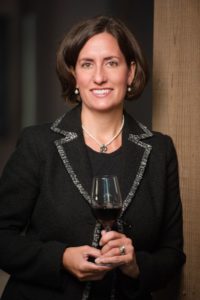 “Exports are a large part of California’s success story. We’re holding on with bated breath for this to be resolved.” —Linsey Gallagher, The Wine Institute

The effects on the wine industry

The wine industry has seen the same issue with the tax relief it gained under the recent reform bill. “It was a win in one hand and a loss in the other,” says Linsey Gallagher, vice president of international marketing at The Wine Institute, which represents more than 1,000 wineries and affiliated businesses in California.

“Up until April 1, all U.S. wine exports had a 48.2 percent tariff and tax,” says Gallagher. “Other wine producing regions have negotiated free trade agreements with China.”

Those other wine regions will now have a significant advantage over U.S. wine. Chile and New Zealand, for example, have only a 27 percent tax rate on their wine exports to China; Australian wines are set to go tariff-free in 2019. “These are big competitors for us,” says Gallagher.

The additional tariffs have already started to affect what China is asking for from California at a time when China is spending more on wine than ever before. “The number of consumers in China who could afford a bottle of wine five years ago was 18 million,” says Gallagher. “Last year, that number was up to nearly 50 million. In that time, period the Chinese wine market has increased 2.5 times.”

That growth is expected to continue, making the potential increase of California wine exports to China also great—but tariffs may make that more challenging. “Exports are a large part of California’s success story,” says Gallagher. “We’re holding on with bated breath for this to be resolved.”

Although effects on the spirits industry weren’t yet as evident at press time, Paul Varga, CEO of Brown Forman, producer of American whiskey and bourbon, told investors during a conference call in March that the company “could be an unfortunate victim” of the tariffs. The company is watching the tariff situation closely while talking with lawmakers in Washington, according to reporting from BizJournal. 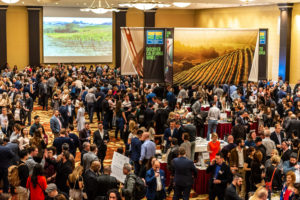 For now, the beer, wine and spirits industries are in a state of uncertainty, wondering what moves both the United States or China will make next and when they will make them. The uncertainty is costing American jobs and sales of Amerian goods, seemingly undermining the advantage tarrifs are supposed to give to American industries.

On May 20, Treasury Secretary Steven Mnuchin announced during an interview on “Fox New Sunday” that the United States was “putting the trade war [with China] on hold.” The exisiting tariffs on steel and aluminum, as well as proposed tariffs on billions of dollars of other goods, are temporarily halted while, as Mnuchin put it, “We try to execute the framework.”

The temporary halt leaves the beer, wine, and spirits industries in a continued state of uncertainty, with no indication whether tariffs will be imposed again at any moment or permanently withdrawn. Additionally, while the tariff war with China is temporarily on hold, in recent days Japan, Russia, and Turkey have made it known they may retaliate for the U.S. tariffs on steel and aluminum by imposing tariffs on the U.S., and those new tariffs may have an effect on the drinks industry. 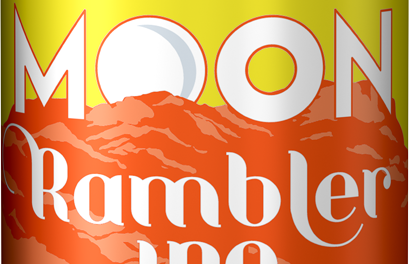 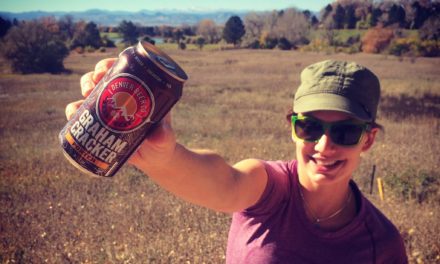 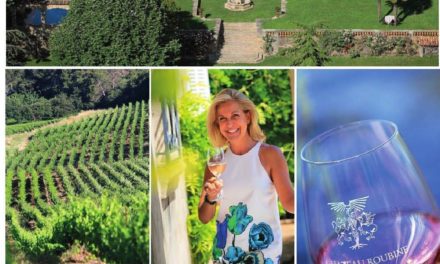